Sometimes, You Have to Hear No 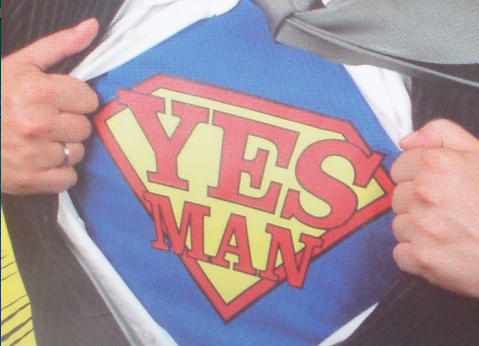 I’d like to use today’s blog to create an addendum to the truth Linda Rodriguez shared here a few weeks ago in her post, “Advice AboutPublishing Your Novel.”

There’s a lot of mystery in publishing, and I thought I’d take Linda’s thoughts and use them to springboard into something I think is completely misunderstood about the agent-author relationship by those who haven’t been in that situation. (And, yes, I know not everyone reading this is looking for an agent, but I’m hoping this bit of information might be useful to those who want to publish in general.)

Ready for some truth?

If you end up working with an agent, it will be because, yes, an agent loves your work and you think that going into a partnership with said agent will be a great way to get your manuscripts in the hands of fabulous editors.

But here’s the thing: An agent doesn’t have to sell everything you put in front of him/her.

Just because an agent loves one manuscript doesn’t mean he or she will love the next thing you write. Or, he or she might not think it’s marketable, know how to sell it or believe they have the connections to make it happen.

This has not happened to me (yet), but I know several really talented writers who have written full manuscripts only to have their agents say, “Nope.”

Will this happen to me? Yeah, probably. If not by my agent, then by my editor.

Because, here’s the thing: Agents (and editors) aren’t there to make you feel all sunshine-y about your work. They DO, but that’s not their job. Their job is to spot and nourish a manuscript into book form.

And sometimes that means saying no.

What would be the point of an agent (or editor) saying, “Yes, let’s put that out into the world,” when they aren’t a hundred percent behind it? Just like good critique partners and beta readers, they are there to tell you when something isn’t working. Only for them, their honesty is critical both to their success and yours.

If she were a “yes man” how would I ever improve? How would I know where I’d gone off course? And how would I really know if I nailed something on the head?

So, if you have dreams of getting an agent, understand going in that at some point, he or she might have to tell you no. And that’s OK. They aren’t doing it to be mean or super critical or squash your dreams. They are doing it because it’s the best thing for you. And, if you don’t agree (and you might not), it’s always OK to reevaluate whether you have the same vision.

Who is the anti-“yes man” in your writing life?
Posted by Sarah Henning at 12:00 AM

I rely on early readers and beta readers to tell me when something is not working. Sometimes they are hesitant, but it is what I need them for. I’ll accept praise once the beast is published, but until that point, I need honest people pointing out areas that I can improve.

I submitted my first Jesse Damon book to a number of agents, and got several nibbles, but no bites. They did offer quite a bit of constructive advice, even though they were turning the project down. I can only imagine how they would have torn it apart if they were interested! The highest praise I've heard about an agent is, "She won't let it go out until she's satisfied that it's the best it can be."

I wish I had one, Sarah. I've had extreme comments on my WIP so my head is spinning. I can't trust all beta readers because too many are programmed for cozies. I'm going with my professional editor's opinion. She sees many manuscripts so I trust her judgment.

This winter I will query agents and hope to acquire representation. I'd much rather pitch an idea and get it shot down than write a full manuscript before finding out it isn't marketable. I submitted the first act of another WIP to my editor so as to avoid the problem. Creativity vs. marketability is a hit or miss proposition. Having the benefit of a professional's opinion doesn't seem like a disservice at all even if the idea gets nixed.

Sarah, years ago when I was sending to agents, I mostly got form letter rejections. Then with my first Guppy critique group, only one seemed to understand what I was writing and gave me excellent advice to make it better. And now I have a great Guppy critique group I've been with for over 5 years and a local beta writer I respect. When any of the three think something should be changed. I pay attention.