Endings: A Blog by Warren Bull

Endings: A blog by Warren Bull 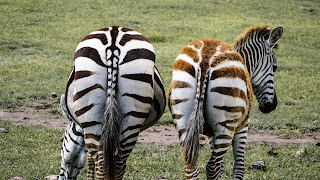 Image by Kameron Kincade on Unsplash

Endings are hard. Hard to face and hard to write. But all things come to an end. Some great

writers and wonderful books and stories cop out in the end. NOTE: THIS BLOG IS FULL OF

SPOILERS. IF YOU HAVE NOT READ THE BOOK OR DO NOT KNOW THE STORY, PROCEED AT

Lewis Carroll’s Alice’s Adventures in Wonderland. It’s all a dream? What a lousy trick. The

ending has been copied by writers lacking imagination ever since.

terrible way to treat a character who deserved better. Misogyny squared. The trope of a

woman being sacrificed is reinforced.

Little Women by Louisa May Alcott. — Jo decides not to marry Laurie. Okay, plot twist, I can live

with that. She marries Professor Bhaer. I protest. I liked Jo. I did not want her shuttled off into

Battlestar Galactica. — Every imaginable ending gets thrown into last episodes. There is no way

the miniseries does not end. Watching this ending could be the subject of a seminar on how to

The Adventures of Huckleberry Finn by Mark Twain. — Tom Sawyer is revealed as a truly

vicious sadist. Huck will be civilized by Tom Sawyer’s mother so he can learn to accept the

hypocrisy and dehumanization necessary to fit into society. At least Jim is free.

Harry Potter and the Deadly Hallows by JK Rowling. — After everything, he has gone through, even though Voldemort is dead, Harry has not won. The hierarchy of wizardry has not changed. He is thinking about Kreacher, who is, in effect, still a slave, forced to do what he is told to do. The next evil Wizard has the unchanged blueprint to follow.

Should the dogs in Old Yeller and Where the Red Fern Grows have survived? What endings do you think could have been written better?