Who Is the Founder of the Bestselling American Detective Novel? 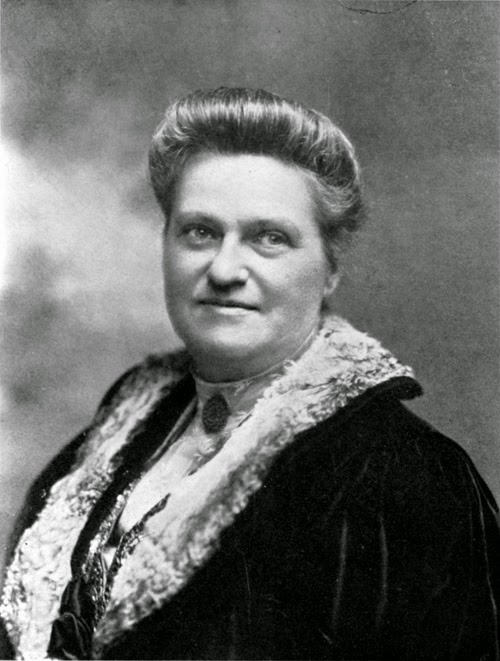 The Leavenworth Case was also the first detective novel penned by a woman and the first American bestseller. The novel sold three-quarters of a million copies, which was unheard of in its day. Green’s impact as an author was so great at the time she published this novel that Arthur Conan Doyle sought her out as a fan of her work during his 1894 visit to the United States.  Wilkie Collins was another fan of hers, as well.

Green was born the daughter of a successful Brooklyn lawyer, to whom she turned for expertise on legal and police matters. The Leavenworth Case was so accurately researched that it was used in Yale University law classes as an example of the perils of trusting circumstantial evidence. College educated in a time when such education was difficult to come by for a woman, she started out writing poetry, even corresponding with Ralph Waldo Emerson about her ambitions, before switching to the novel, in which genre she would create a new field and a successful career.

Although Green raised a family and took on the responsibilities of the traditional mother and homemaker of the nineteenth century, her position as the family breadwinner and pressure from her ne’er-do-well wastrel of a husband to bring in ever larger amounts of money led her to publish more than 40 books over the next 45 years. Her first book, The Leavenworth Case, remained her most successful book, however.

In the late twentieth century, Agatha Christie spoke about the influence of Anna Katharine Green on her own decision to write detective novels and on her work. Green’s main character was detective Ebenezer Gryce of the New York Metropolitan Police Force, but in several novels he was assisted by the nosy society spinster, Amelia Butterworth, inspiration for Miss Marple, and the debutante, Violet Strange, who had a secret life as an investigator, the prototype for many girl detective protagonists.  If you read The Leavenworth Case today, you will find it still a solidly plotted and well-written example of the genre that Anna Katharine Green founded.

I should have known, but I didn't. Thanks for filling in an interesting gap in my knowledge. ~ Jim

I had no idea, Linda. Thanks for the history lesson.

After I finished reading I couldn't help but think--isn't typical that a smart, forward thinking woman saddled herself with such a waste of a husband.

If Green was the prototype of those authors we think of as the founders of mystery, what else have I missed?

It's a shane she is not known and honored for her achievements today.

Linda, thank you for telling us about her. I'd never heard of her. I wonder if her print books are still available anywhere, especially her first one. If not, they should be.

Jim, she's been almost completely forgotten today except by those writing about the history of the mystery field, so it's understandable that most of us hadn't heard of her.

Elaine, I wanted to add a photo of her husband, even though I only mentioned him in one line, because when I found it, he looked the epitome of handsome, charming scoundrel. He forced her to write romances eventually and leave the mystery field she loved behind because she could make more money with the romances. *sigh*

Warren and Gloria, there's been more interest from both historians of the field and women's studies scholars, so Putnam has reissued her first book in print--after decades out of print.

I recently went to a talk on early American female mystery writers, and had been intending to get The Leavenworth Case (and a few others,) so this blog was timely for me. I downloaded the freebie.

It's fascinating to me that a woman was wrote the first American detective novel, and that several later authors readily cited her as an inspiration, yet a century later, women still felt the need to form the Sisters in Crime organization, since women writers were still having such a difficult time receiving the recognition they deserve.

I just finished reading Green's THAT AFFAIR NEXT DOOR. I thoroughly enjoyed it, and Amelia Butterworth is a hoot.

KM, it wasn't just Green. The major mystery writers, especially in America, were women. The mystery field has always been the most gender integrated. Women were hugely influential in the field and very successful, even in the pulps--until the rise of the "hard-boiled" mystery pulps in the 1920s when they began to be systematically excluded. Still, they flourished among book publishers, but began to face discrimination in pay and reviews that continued to increase until it was necessary to form Sisters in Crime.

Julie, can you see the seeds of Miss Marple and Miss Silver in her?

I can, Linda! Next up is LOST MAN'S LANE. Looking forward to spending more time with Amelia.

Fascinating. What a terrific role model.

Yes, Carla--except for her personal life. :-)

Sadly, I didn't know about Anna Katharine Green. Thank you for the lesson and the link, Linda. I downloaded some of her books.

I'm glad I could let you know about her, Kara. I feel it's important that we all find out about these influential people who have dropped out of the public memory (mostly women or people of color). I note that everyone knows about Edgar Allen Poe as the father of the detective short story. :-(

Linda, I thoroughly enjoyed reading about this Founding Mother of Mystery. Thank you!

I'm glad you enjoyed it, Shari!

I had no idea, Linda! Thank you! I want to read it now, so I'm headed for the download URL.

Reine, i was more timely than I knew with this, given the flap that erupted yesterday when it was discovered that Bouchercon is sponsoring a two-hour mini-conference with breakfast on the men of mystery and when tasked with the inequity of it (SinC must always pay for its own events), said that marginalizing women was a small price to pay to entice more men to attend B'con.

Linda, I was shocked when I read about Bouchercon's response. Poor old boys' club.