Even Urbane Men Have Limits 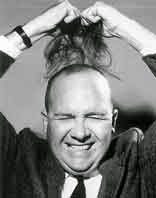 Last week I had the honor of meeting five distinguished authors of young adult books, all of whom came in from out of town for a book signing tour, and, most critically, all of them women. Since one of these ladies is a close friend, I volunteered to ferry the group from their hotel to their signing venue and back in my minivan. Otherwise, they, in separate cars, would have had to maneuver through five o’clock traffic and a lengthy road construction zone to get to the bookstore some ten miles away.

When we returned from the signing, they all invited me in to have a drink with them in the hotel bar. And that’s where the trouble began, for me at least. We were halfway through our drink and having various conversations about book signings, research, and travel.

“I was in Paris researching a new book,” said one of the ladies who will forever remain anonymous, “and I came down with a UTI (urinary tract infection). And the worst part is I knew I was getting it. You know that small window of time when you feel it coming on, but you haven’t actually crossed over into hell?”

Five nods, five knowing you-can-say-that-again expressions, and one frozen, dumb look, which naturally belonged to me. What could I have possibly said?

Because of my choice of professions, I hang around a lot of women. I’m one of only two men in my writer’s group, though in the spirit of full disclosure, WWK Bloggers Paula and Carla have never (thankfully) shared any of their lady complaints. My wife calls my colleagues my “girlfriends”, and more than once I’ve been told I’m just one of the girls. I take no offense to the remark, but I draw the line at discussions of gender-specific ailments. UTI=TMI. And birth procedure details? No thanks, and pass me a barf bag, please.

I have had plenty of women co-workers, many of whom have become my friends. I contend I’m one of a handful of straight men in America who watches Bravo TV. At lunch, I can talk with the best of them about Project Runway, Top Chef, America’s Next Top Model, and Sheer Genius.

The downside is my XX chromosome buddies often forget there is an XY chromosome combination at the table, and sometimes the conversations turn to things only women should talk about. I have discovered, for example, that if you’re trying to get pregnant, some people suggest putting your feet up after sex to help the sperm swim downward. Others advise taking a certain cough medicine to thin out the membrane the sperm swim upon.

Here is my take on that: eeewwww! I don’t need to know how the car is made, just tell me where to stick the key, if you get my drift.

It was icky enough in 9th-grade science class. Do we really have to talk about this kind of thing now over sushi?

Once at lunch one of my friends explained she had an upcoming medical procedure to have her uterus burned.

It will stop her excessive bleeding when she has her period.

Cancel that ketchup. I don’t want it anymore.

Men, do you have similar experiences? Ladies, do you just like to see us squirm? And doesn’t it all make fabulous writing material?
Posted by Sam Morton at 12:00 AM

I don’t have the same problems as you do, Sam. I guess I have a high embarrassment level.

If friends want to talk about something that I have no clue about, I figure it's a time that I can learn something. Maybe I'll have a use for the knowledge later or maybe it will be one of the many things I learn and forget.

Having sat through any number of 4 AM lunches as the only female working the overnight shift, I have a certain amount of sympathy for you.

And when I worked in a prison, my inmate crew delighted in trying to upset visitors, which I had to control to a certain extent (for instance, when they cornered a politician who had stepped away from the escorting group.) When it was a female visitor, though, they carried on the grossest conversations, very loudly.

Some women get carried away by their female experiences and complaints. I'm sure males have problems also, but they are too macho to talk about them. (jock itch, gym locker room issues, fungus growing wherever) Without talking about their problems, men then don't know why woman can't read their minds or understand THEIR issues. We've never heard about them!

Unfortunately, now that I understand what UTI is, I must report that beach gals do get UTIs after wearing our wet bathing suits fifteen hours a day, day after day. It's a big problem, but of course, it doesn't prevent our beach going. It takes a bit longer to walk into the ocean.

When in mixed company, I often wonder if the TMI conversations are meant to educate men. So grossed out by the discussion, men fail to appreciate their ignorance--except Jim!

I've always figured the holy spirit couldn't trust men with women's physical issues so he made us stronger. It's so obvious, urbane man!

At the moment I am president of the local Sisters in Crime chapter and I exercise with a group that is mostly female. I guess the women are comfortable with me because they talk about things like when your boobs drop. It usually more amusing than off-putting but some topics make me cringe internally.

Poor Sam! I bet they had a ball watching you squirm - I hope you get a chance to return the favor to them with some really gross wrestling stories.

My two book clubs are all female, my two writers groups are mostly female with a few really nice guys,and the Mobile Meals gang are mixed, but any health issues that come up in the mixed groups tend to be about knee replacement or something like that and not what you experienced, Sam.

Whenever I'm with a mostly male group, I tend to get bored because most of the conversation goes to sports which I have no interest in.

My male friends in the military seem to be the most uncomfortable in that sort of situation. I confess--I do like to make them squirm now and then.