Last week one of my book clubs, The Red Read Robins, met at my house for dinner, wine and a book discussion. Since I was the hostess, I chose the book, The Silence of Murder, an Edgar Award winner by Dandi Daley Mackall. After dinner, we gathered in my living room and I started the discussion by choosing one character at a time to discuss. The book revolved around Jeremy, Hope’s eighteen year old brother on trial for murder. Jeremy doesn’t talk so he couldn’t defend himself. I saved him for last. First we discussed the protagonist, a sixteen year old girl named Hope. Since it was written in first person, she and her feelings and thoughts made her more knowable to us, and we got to know Jeremy from her thoughts about him. We all liked Hope and thought she was a strong character.

Next we discussed Hope’s mother, Rita. No one liked her and some totally hated her. A good mother, she was not. I asked them to think about why she was the way she was. I pointed out she’d gotten pregnant when she was fifteen or sixteen and left town as soon as she realized she was with child. I pointed out how hard it would have been to support herself and her baby that young without a high school diploma or family. Yes, she had a series of boyfriends including one who was Hope’s father. Jeremy was the one she’d been pregnant with when she left town. Rita brought her children back to Grain, the town she grew up in. Her parents were dead and she had no siblings. She worked off and on as a waitress for a guy who’d had a high school crush on her. Rita had developed a serious alcohol problem trying to cope with life. In fact, Hope was the only responsible member of this small family since Jeremy was a dreamer and Rita often drunk. I don’t think I elicited much if any sympathy for Rita although I tried. 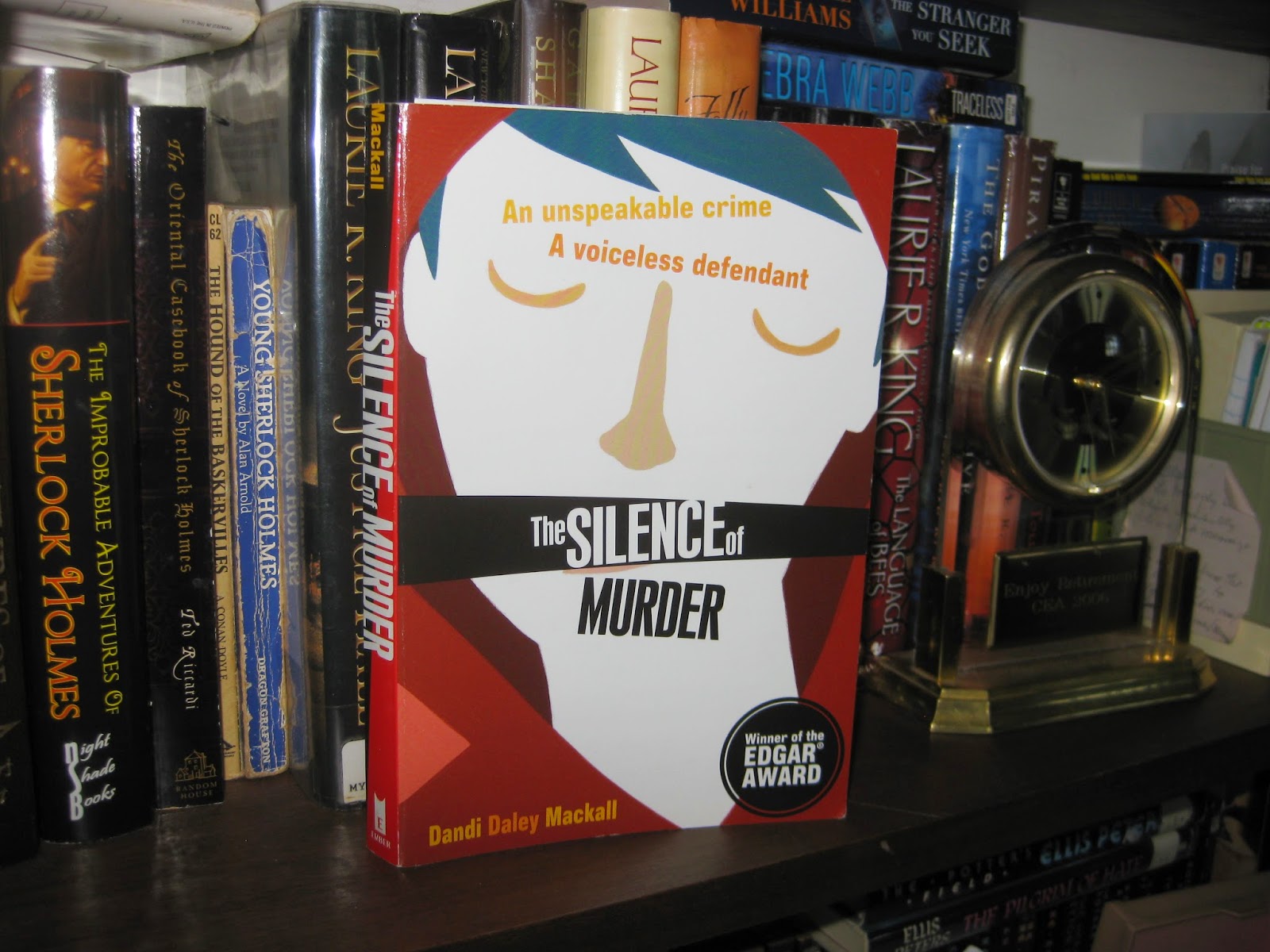 We discussed each of the two boys in Hope’s life; TJ, a nerdy kid who’d been her friend since she’d moved to Grain, and Chase, a handsome, popular boy who spent his summers in Grain with his father, the local sheriff. Everyone was sympathetic with the two boys even over some of their behaviors. No one liked Sheriff Wells, the nasty guy in the piece, but I tried to show what might have made him the way he was. Chase’s mother had run off with another man and ended up with several more including a very wealthy one. Apparently Sheriff Wells never dated another woman. Also, his son looked more like his mother than the sheriff which might have had something to do with his being hard on his son.

Jeremy was the beautiful and unusual character in the book. The evidence for him being the murderer of a popular coach was strong and being a selective mute, (an early trauma had him stop talking), he did nothing to defend himself. Only Hope believed in his innocence and she worked hard to prove it. Much of the book revolved around the trial and how the prosecutor tripped up even those who had good things to say about Jeremy. Everyone in my book club loved Jeremy, a kind and gentle person. The book’s climax couldn’t be beat in my opinion, and the others agreed and was glad I’d chosen it.

That night I got to thinking of our discussion after I went to bed, and how everyone enjoyed the book, but had no sympathy for several characters; Rita and Sheriff Wells, and although they weren’t exactly likeable characters, I thought about how Mackall  made them characters who weren’t flat stereotypical characters. (I actually read the book three times since I’d chosen it for my other book club, too. They also loved it.) It might have been from reading it three times, or because I’m a writer and as a writer, I want to know my characters more, even the ones who turn out to be murderers. I don’t care about the postmistress who makes walk on appearances, or Belle from Belle’s Diner, and a few other background scenery type characters, although down the road I may develop them more. Who knows? My victims are never developed enough for me to care about murdering them and probably no one else does either, but I want to know why my murderer does what s/he did? What drove them to murder? Actually, I develop my murderer enough that I always feel a little sad making them the murderer. In fact, in my latest book I switched murderers because I couldn’t bear to use the original one as a murderer anymore.

I’m not a Pollyanna seeing only good in people. Over the years there’ve been plenty of people I didn’t care for, but that doesn’t mean they were evil or bad. It was more a personality difference. I’m flawed and everyone I know is flawed even if I never see it or overlook it because it’s not that important to me. Since everyone has their flaws that should be part of the characters we create. Except for some psychopath or sociopath or a few other truly evil people, there is usually something good about everyone and should show up in our characters, too. Okay, I’ll admit there was absolutely no redeeming attribute about my latest victim, but I hope my readers think better of my murderer, at least.

Who are some of your favorite characters?
What about them drew you to them?


Were they a character you created or one in a book you read?
Posted by Gloria Alden at 12:00 AM

I enjoyed creating Owen Lyndstrom for Cabin Fever. He's a minor character, but reveals something of the Yooper character, while being unique. It's fun to put lines into his mouth that only someone like Owen could say.

Jim, I enjoyed that character, too. I hope you'll bring him back sometime.

I have a whole new family for the book that will be coming out in the next couple of weeks, and I'm so looking forward to bringing them back as well as creating new characters.

Owen was a fun character!
Jesse Damon, from KM's series, is a someone who really earns your sympathy. I haven't rooted that hard for a character in a long time.

Shari, I feel the same way about Jesse, and probably even more so because I know KM has worked with people like him. I only hope she continues the series.

My characters introduce themselves to me but by bit and they leave the typing to me. One of my favorites
is a composite of black women who experienced discrimination in the "bad old days."

Warren, I get a vague idea of a character, but as I start writing him/her they become more and more real as if they're telling their own story. It sounds like the same thing happens to you.

After a recent online Guppy discussion, I reread the Ghost and Mrs. Muir. Capt. Gregg (the ghost) is one of my favorite characters. He's not alive, but he's very earthy in his language and thoughts.

Carla, I hear you on that. At one time when I was young, I enjoyed them, but not anymore. A while back I read a mystery that had promise, but when this guy showed up as the love interest of the protagonist, and was perfect in every way; extremely handsome, rich, with maybe a mysterious past hinted at and they ended up both madly in love at the end after only knowing each other less than a week and took off for a fantastic vacation in Europe, I didn't pass the book on to anyone else to read.

Kara, I'll have to see about getting that book and reading it, too. I used to love the TV show, oh so many years ago, but usually I prefer the books to the TV show or movies.

Book clubs are fun! I've only recently joined one, since when I was working full time it was hard to find the time.

How could I resist this club? For one thing, they chose the first book in my series for discussion, and invited me to come to the meeting! When they asked if I wanted to join, of course I said yes!

Thanks so much, Gloria and Shari, for your mention of my character, Jesse Damon. He's based on people I have known, and he's far from flawless, but he does try hard. And he's probably too sincere for his own good.

KM, I have found book clubs to open my life in so many ways, not only from the books I've discovered, but the friends I've made.

As for Jesse, he's a great character who seems so real to me.