Why I Write Noir 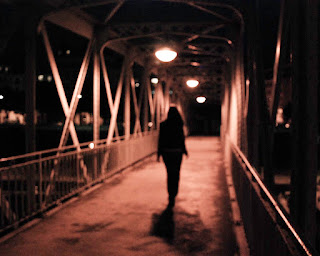 Why I Write Noir

Untreed Reads has tentatively scheduled electronic release of my noir short story collection, Killer Eulogy and Other Stories for next month.  In an earlier short story collection of mine, Murder Manhattan Style, every story (except one) was set in Manhattan, Kansas or Manhattan in New York.  That collection included noir, humor, adventure and historical mysteries.  My new collection has all noir stories, i.e. dark crime stories with hard-boiled characters and no happy endings.

Why do I write noir?
I became interested in noir at an early age.  Many noir writers in the 1940s and 1950s were veterans of World War II.  My father was an infantry combat veteran. Like a lot of veterans he very rarely talked about the war. When he did, he would often tell a funny story and downplay the horrors he witnessed.   I wanted to have some sense of what he went through and how he felt. Noir writing and movies gave me some insights about things he was unwilling share.

One thing I like about noir is that after I write too many humorous or happy stories, composing something down, dirty and nasty is like cleaning one’s palate at a wine tasting.
Writing gives me a chance to use all of my experiences and emotions.  While I have a wonderfully supportive wife, and great family and friends, I have experienced difficult times in my life.

Like just about everybody else, I have failed, I have been beaten upon, I have been fired and I have felt helpless in the grip of circumstances beyond my control.  I am currently three years past my second bone marrow transplant for multiple myeloma (bone marrow cancer.)  I don’t recommend the experience. The only physical problem the cancer ever caused was a sore shoulder.  It should have been sore since the cancer was eating away at my shoulder bone.

Chemotherapy resulted a wide range of side effects. When medication kicked in it felt like falling off a cliff; one moment I felt fine and the next I was doubled over in pain. I can now write first hand about psychotic symptoms.  At first I didn’t mind the visual hallucinations, it was like watching a colorful cartoon that wasn’t really there. Later the hallucinations became gruesome and gave me vivid nightmares.  Delusional thinking was painful even while I realized that I was not thinking rationally.

Writing about personal challenges, is a great way to deal with them.  If you follow my writing, you’ll notice that since I started treatment for cancer, more of my characters have cancer and have to deal with chemotherapy than before I was diagnosed.  I often wonder how I would have coped if I did not have the ability to write about what happened.

MURDER IN THE GARDEN

Gardening is . . .an outlet for fanaticism, violence, love and
rationality without their worst side effects.  – Geoffrey Charlesworth

On Valentine’s Day or anniversaries, lovers and spouses send roses to their loved ones to show their love. Young girls pluck petals from daisies saying “He loves me, he loves me not” to see if the object of their affection feels the same way. Who among us doesn’t feel some pleasure in seeing flowers in bloom? I love gardens, plants and flowers. A highlight for me on every vacation is taking a tour of at least one garden if not more. So feeling this way about gardens it’s understandable that my mystery series has a gardening theme. But why did the first murder in my first book, THE BLUE ROSE, happen in a peaceful tranquil garden? It’s almost blasphemous.

We think of the garden as a place of peace, tranquility and rejuvenation, but all is not as it seems. Roses have their thorns, as I well know when last week I was pushing an overloaded wheelbarrow causing it to swerve a little and my hand got pierced by a wicked thorn. It hit a vein and bled quite profusely. Poison Ivy has been known to creep into areas hiding among the weeds where it never was before. Poisonous plants abound – not a problem for those of us who recognize them and aren’t in the habit of munching on what is not known to be edible.  But if one is a mystery writer, such plants are fodder for the mind if not the palate. There’s monkshood, foxgloves, daffodils, morning glories and lily-of-the-valley to name just a few.

Still although these plants put ideas in my head for plots, it’s other things that anger and frustrate me and put murderous thoughts in my head. I get these murderous thoughts when a groundhog or rabbit sneaks under the vegetable garden fence and munches down a whole row of beans, lettuce or sunflowers just starting to grow. I’ve given up growing sweet corn because just as it starts to ripen,  raccoons come over the fence and get to it first. And often when I plant anything new, I may find the new plants uprooted and drying out at a later time from skunks that dig them out looking to find grubs or earthworms under them, and squirrels and chipmunks are known to eat tulip bulbs.

That’s the furry critters that cause aggravation. Birds can put holes in the ripe strawberries and eat my blueberries, too, but not enough to do much damage. But the tiny critters are another story. I hate, hate, hate slugs and Japanese beetles. They damage the leaves and flowers of plants. I used to murder slugs with salt. Now when I find them I drop them into the weed bucket for the hens or scoop them onto a trowel and take them to the chicken run and feed it to my hens. With Japanese beetles, I prowl the garden twice a day with a jar of water visiting the plants they like best; roses, beans and the Harry Lauder Walking Stick shrubs. I hold the jar with water – I used to add vinegar to it, but don’t bother with that anymore – under the spot with the beetle or beetles mating, and knock them into the water where they swim about clinging to other beetles unable to fly. At the end of each foray, I feed them to my chickens, too.  There’s only one other insect I really hate and that’s the deer flies. At least they don’t harm my plants, but they sure make life miserable for me in the garden. They’re much worse than mosquitoes. The fish and frogs in my little goldfish pool seem to take care of most of the mosquitoes.

What brings murderous thoughts to you?

Where would you best like to see a murder take place?
Posted by Gloria Alden at 12:00 AM 18 comments:

A Review of Two Series--Defense Attorneys