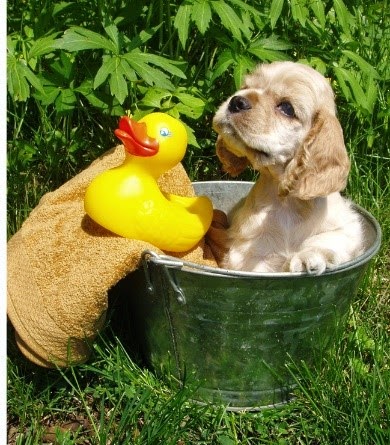 Have you played lately? I hope so.


In Stuart Brown’s book, Play, he writes that we are made for play and that it’s as vital to our well-being as sleeping and eating. What may seem frivolous and nonproductive might make you more productive and invigorated. It can bring a sense of excitement and adventure to life and turn work into an extension of play.


Brown points out that all animals play. You may have seen animals play like this dog and horse or these birds surfing. Apparently, even ants engage in play fighting. (I wonder how he knew they were actually playing.) When Brown researched bears he found that the ones that played the most, survived the best.


For humans, play is important because we can imagine and experience situations never before encountered. Some ways we do this are through books and storytelling. We can learn from characters how to live our lives. (Writers serve many important functions!)


In the late 1990s, Cal Tech’s Jet Propulsion Laboratory commissioned a study because their newly hired engineers, even though they had degrees from the best schools, were “missing something”. The study found that the best problem solvers were the ones who had played in childhood using their hands to make things like soapbox derby racers or take apart objects such as clocks. 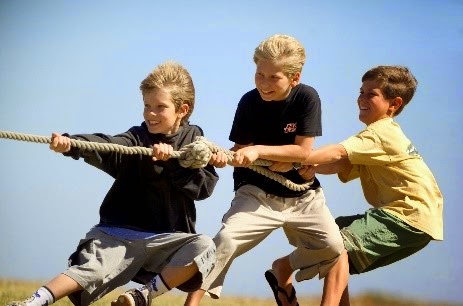 Researchers have found that rough and tumble play—friendly or play fighting—is necessary to develop and maintain social awareness, cooperation, fairness, and altruism. Examples of this type of play are tag, chase, and wrestling. This is different than aggressive fighting.


While studying young murderers in Texas prisons, Brown discovered an absence of rough and tumble play when they were children as compared to non-murderers. (I wish the author would have written more in-depth about these findings.)


Several companies offer fantasy “play” camps for adults that can last a few hours or days. Some of the more unusual ones are: gladiator training, space camp, gondolier training, and ghost hunting.


I’m intrigued by the Covert Ops Miami camp run by instructor Garrett Machine (great name) in South Florida. I thought this was an interesting location. Do you think it takes place on a golf course? The brochure says you can learn to shoot from a moving vehicle. A golf cart with a camouflaged pattern on it perhaps? (I’m verbally playing here.)


Brown boldly states, “When we stop playing, we start dying.” So with that cheery thought, go play!
Posted by Kara Cerise at 12:00 AM

Kara, I think it's rather sad that too many kids today spend most of their free time on watching TV or on their i-phones. Back in the day, as we older people are fond of saying, we were outside playing much of our free time.

At a New Year's Eve Opening Night at the town closest to me where we went from event to event, I participated in a drum circle. It was such fun that I started collecting percussion instruments - nothing very big and tried to get my siblings to have an impromptu drum circle with a Native American cassette playing drumming music in the back ground. It went no where with them, but when I did it with one of my book clubs, we had such a good time with lots of laughter and they didn't want to give up their instruments and quit.

One of the best things about being a third grade teachers was the fun we had playing. Okay, I didn't jump rope or play Red Rover, Red Rover, but I directed them and I had fun when we did nature exploration looking for insects or amphibians, etc. and when we were studying Native Americans, I led them in what we thought were their dances to the cassette of Native American music around the room. There were a lot of other games and activities I did with my students.

While it's not exactly rough and tumble play, I love when my siblings or friends get together to play cards. Sometimes it can get quite rowdy with lots of laughter.

Overnight we received three or four inches of wet snow (which I just removed from our deck, ramp and back porch. Once the daylight begins I'll be out there checking out the tracks of all the critters big and small. Doesn't that sound like fun (as long as you don't have to drive anywhere in the snow?"

After a snow like this, we kids would surely build snow men, maybe a snow fort or two and have numerous snowball fights, for sure.

There is a profound difference between being childish and being childlike. Play encourages us to recapture some of the joy we experienced early in life.

Gloria, I'm sure your students loved having you as a teacher. Your classes sound interesting and fun. Who wouldn't want to learn in that type of atmosphere.

I think there might be an element of rough-and-tumble play when siblings play cards:)

Shoveling snow already, Jim? It seems early, although maybe not for your neck of the woods.

Building snowmen and having snowball fights is a fun thing to do when you're a kid...or a kid at heart.

Warren, I think not knowing the difference between being childish and childlike is what gets some people into trouble.

Shari, I also think that kids' play today is organized around events instead of spontaneously getting together with friends in the neighborhood. I remember ringing doorbells after dinner to see who was available to play, but I'm not sure kids do that now.

Kara -- here's a picture from this morning.

Wow! Jim, that's a lot of snow. I like how you call it "a dusting." I can only imagine what a large snow event would look like in your area.

People, especially children, who live in such tense situations that they are too stressed to play are really missing out.

A lot of kids spend their time walking on eggshells because they can never be sure how their parents will react. In some cases, it's because of alcohol or drugs, but in others it's just because the parents have so many problems that the kids are afraid to seem frivolous or to make noise. And when they can't get outside and away from home a bit, it can mean that they never have an opportunity to play. Schools aren't helping much these days, with recess and enrichment activities being cut due to an emphasis on the serious business of scoring well on standardized tests.

When I was a kid, we spent lots of time outside. Which was fortunate, because if we were inside, most of the time our main goal was to be quiet and noticed as little as possible. You pretty much only came to the attention of the adults if you were in trouble, or if they had extra chores to be done.

KM, that's so sad about kids living in tense and difficult situations. And I keep hearing about those awful standardized tests from kids, parents, and teachers. It's a freeing feeling to play outside and be as loud as you want. I wish all children (and adults) could experience the joy of playing in a safe environment.

I like to play. Having children was a great excuse to be able to play as an adult, who aren't supposed to play except if it is competitive play, which I find tiresome. I'm looking forward to grandchildren so I can play again. Since my children have grown up, I've missed a lot of fun, kid movies that interest me more than action, blood, and violence. Adults must be serious most of the time. Kids and play make life lighter.