An Interview with Maya Corrigan 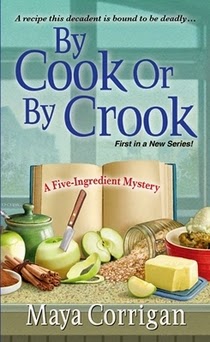 I met Maya Corrigan through the SinC Chesapeake Chapter. We both enjoyed having stories in the chapter’s anthologies. When several members formed a critique group, I joined it and served as one of Maya’s beta readers. Suffice it to say—I pigged my way through her book within a day savoring the many mysteries within its covers, slurping in the setting, which I knew well, and chomping on the five-ingredient recipes. There are few books that I’ve devoured with as much swine-like abandon.

Would you give a short synopsis of your plot?

Yes, but first I’d like to thank you for inviting me to WWK, for your kind words about the book, and for your great interview questions.

Val Deniston gave up her career as a cookbook-publicist and moved from New York to Bayport, a tourist town on Maryland’s Eastern Shore. She shares a large Victorian house with her curmudgeonly grandfather and manages the Cool Down Café at a racket and fitness club. When she arrives at a club member's home to discuss catering a club function, she finds the woman, Nadia, murdered with an unusual weapon.

Val is determined to find the killer who framed her cousin for the murder. As she dredges for secrets at the club and on Main Street, two men vie for her attention—an old flame and the club’s newest member, the debonair Gunnar from D.C. Meanwhile, her grandfather takes up cooking, creating havoc in the kitchen even when trying recipes that have only five ingredients. But kitchen disasters are the least of Val's problems after a killer targets her, arranging “accidents” that will put an end to her sleuthing for good.

What happened to Val in NYC to bring her back to Bayport? the same weekend that she broke off her engagement, having discovered her fiancé cheating. With her career and her love life both in tatters, she leaves the city and moves in with her grandfather. Her café job allows her time to relax, play tennis, make new friends, and write her long-planned cookbook. Expecting life in Bayport to be deadly dull, she’s surprised when it turns deadly and far from dull.

Is Bayport real or based on an Eastern-Shore town?

Bayport is a fictional town, named after the Hardy Boys’ hometown. It resembles St. Michaels, Maryland, a tourist haven with historic buildings and a waterfront. Though not far from either Washington, D.C. or Baltimore, the Eastern Shore is a world away from those hectic urban areas. It attracts tourists who enjoy boating, birding, fishing, and hunting for antiques and waterfowl. It appeals to me because of its history, its beautiful vistas, and its cuisine based on fresh local food.

Val’s granddad is a wonderful character and a film buff. He’s also a classic curmudgeon, but he changes as the book progresses. Why?

He’s at a point of change in his life, just as Val is in hers, but the changes have come over several years, not in a single weekend. First, he lost his business. Then his wife died. Then his best friend left the neighborhood and moved into a retirement village. He no longer has a central role in the community. Val’s presence gives him opportunities to pursue different interests. He exploits those opportunities to define a new role for himself in the community and a new-found status in town. Does this make him less crotchety? Slightly less.

Your stories have unique modus operandi. A tennis racket? Any symbolism there?

I didn’t plan it as a symbol, but it certainly reflects the character of Nadia, who is highly competitive on the tennis court and elsewhere. Because Val knows Nadia and many of the suspects from the club, she can help the police uncover what’s hidden beneath the surface. 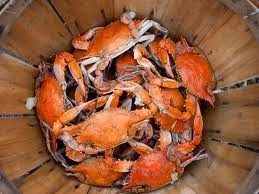 Irene is an irritant. How does she rival both Val and Granddad?

Irene is approaching retirement age. After her tea shop in town went bankrupt, she was the front-runner for the café job that Val won. Not only did she lose that opportunity to Val, but Granddad’s new status in town comes at her expense as well. She feels robbed and believes Val has undermined her with underhanded tactics.

Nadia is the perfect victim, apt for the area, because of her power-broker mentality. Did you base her on anyone?

While I didn’t base her on any specific person, I’ve known a number of competitive and controlling people in my professional and social life. Having played on tennis teams for many years, I’m familiar with the group dynamics. When you’re part of any kind of a team, you sometimes face competitors who behave badly. But within a team, there’s a camaraderie. Nadia betrayed the bond that exists among team members. Other groups that meet with a common purpose have similar bonds—book clubs, craft circles, bridge or poker players. The book deals with the consequences of a betrayal within a group.

Gunner Swensen is a very “DC” kind of guy. Did you know any IRS investigators or is the character based on research?

I don’t know any IRS investigators, but I know they exist through my research. Once I’d done the basic research and developed the character’s role, I checked with a Federal agent who talked at a Sisters in Crime meeting and asked if he’d ever worked with IRS investigators. He confirmed that he did. Much of what Gunnar does is, I’m sure, not according to the book.

How did you conjure the Five-Ingredient Mystery concept? Did you make the five-ingredient recipes at home?

I began collecting easy recipes when I was a Mom with two part-time jobs and two preschoolers. I 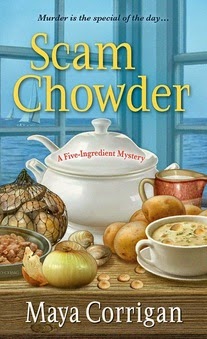 also simplified other recipes that had many ingredients so that I could cook fast. After the kids were older, I had the time to make more elaborate meals, but not the inclination.

My large collection of recipes with few ingredients gave me the theme for my series. I have many more six-ingredient recipes, but the five ingredients dovetailed nicely with the mystery genre. In classic whodunits, five is often the number of suspects remaining when the detective summons everyone to expose the culprit. As a writer, I like limiting the cast of suspects to five, enough to explore a variety of motives without overwhelming the reader.

I didn’t know about your RWA experience until I read your website. Did you win the Daphne Du Maurier Award?

The Romance Writers of America’s Kiss of Death Chapter sponsors the Daphne du Maurier Awards. There are award categories for romantic suspense and for mainstream mysteries in two divisions, for published and unpublished titles. My book, The Art of Deceit, won the 2013 Mainstream Mystery / Suspense award in the unpublished division. The book combines suspense and romance with more emphasis on the suspense. By the time I won the award, I was already under contract for the Five-Ingredient Mystery series and, since then, I haven’t had the time to pitch The Art of Deceit to publishers, but someday . . .

What’s next for Val in Scam Chowder?

Scam Chowder, the second of the Five-Ingredient Mysteries, is scheduled for publication in June, 2015.  Frauds against senior citizens are central to the story. Val’s grandfather has a larger role in this book than in the first one because of the subject matter and because he’s a scene stealer. Whereas Val consulted her friends and teammates from the racket club in solving the murder in By Cook or By Crook, she teams up with her grandfather in Scam Chowder.

If you love the Eastern Shore, does this mean you’re a beach gal?

Definitely. I haven’t missed a summer beach vacation in the forty years I’ve lived in this area. But the location of the beach has moved south over the years from Delaware to Virginia to North Carolina, and now even South Carolina if we’re up for a long drive.

Please drop by and support these authors. I bet there will be great snacks! 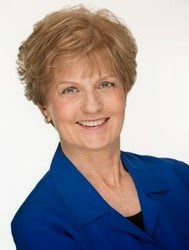 Thanks for sharing with us at WWK and good luck with your writing.

Welcome to Writers Who Kill, Maya. Your series sounds like a good one I'd like to rad.

Thanks for participating n the interview! It sounds like a great series, and I feel like I'm getting to know the characters, just from the interview!

Thank you for your kind words and support. I always enjoy the posts on this blog.--Maya

Your series sounds terrific, Maya! I love the idea of five-ingredient recipes and how it dovetails with the mystery genre. Best of luck with your book launch.

A great interview. You've let people know the heart of the book. It also has quite a bit of gentle humor.

I'm not kidding about pigging my way through the book. I started it and everything else went the wayside. Dirty clothes, sheets, towels, dishes in the dishwasher, dust bunnies hopped--until I finished. Maya gave us the ms. on Monday. I gave her my edits and comments on Tuesday. I had no doubts that Kensington signed her on!

Hi Mary Ann!
Can't wait to get my hands on your book - sounds fantastic. I love your nod to the Hardy Boys with Bayport and the connection between the five ingredients and the five suspects of a traditional mystery. That's the kind of interesting detail and depth I like in a mystery.
Thanks for stopping by WWK - hope to see you soon.

Thank you for inviting me to the WWK blog and for your support, E.B. and Shari. I appreciate it.