What are your literary influences? Salad Bowl Saturdays is pleased to welcome John Carenen to share his thoughts on the subject. Welcome, John! — Paula 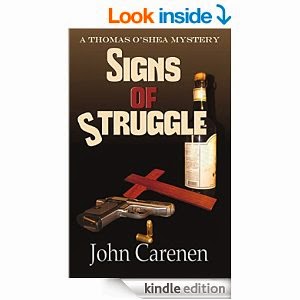 There have been only a few literary influences on me and my writing career. I've always liked twisted humor, going back to my high school days when I wrote a collection of grisly, black humor, and disturbing poems entitled Inner Sanctum. I thought they were great, but my aging English teacher did not, especially after she read one in class without pre-reading it. It was about an old man on a ledge of a skyscraper threatening to jump. Finally, despite a crowd cheering him on, he relents. As he heads back inside, he slips and falls. The final line was, "and so the old man, near happiness, slipped and fell."

Robert Frost said a poem "begins in delight and ends in wisdom." I was just trying to channel Frost, but I was sent, with my poems, to see our principal. He liked them, then told me to stick around in his office so it would seem like I was being counseled. In the meantime, we talked about sports. A great principal.

Genuine literary influences, however, have been few and far between, but significant. Ernest Hemingway, to be sure, and his theory of omission, made an impact on me. Also Joseph Heller and his genius masterpiece, Catch-22. Loved the black humor and characterizations. But I have to say the late Robert B. Parker had the most influence on me through his Spenser novels. I loved the tough guy with a code in an urban frontier where the hero has to take on the forces of darkness and not capitulate to threats, corruption, fraud, and general ickiness. And Spenser's bud, Hawk, is a great secondary character, too.

In my novels, without consciously replicating that environment, I came up with an Irish protagonist in Thomas O' Shea, a genuinely tough guy with a sketchy past before he married and became a dad. But when his family is killed in a car-truck collision, his old skills come into play as he snoops around sketchy situations, raising the ire of nefarious types. And his sidekick, Lunatic Mooning, an Ojibwe Indian and bar owner, plays a similar role to Hawk. Now, I didn't even think about that until some readers asked me, and there it was. Tough Irish guy and his minority buddy. 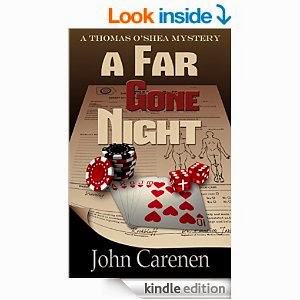 Thomas O'Shea's character just sort of emerged as I was writing Signs of Struggle, my debut novel. I began the story with the question about what would be the worst thing that could happen to me. And I knew immediately that if I lost my wife and two daughters, I would be devastated. So, how would that play out? It occurred to me that my faith would be shaken, I would probably drink a lot, and I would likely be pretty angry and seeking an outlet. So I started Signs of Struggle on that premise and I realized as I went along that, although I lived in Georgia at the time, I would also probably relocate back to my home state of Iowa and just withdraw for a while, sort of like the Nick Adams character in Hemingway's short stories about a survivor of World War I returning home. From that, the story just unfolded, sometimes surprising me.

For example, the Ojibwe owner/bartender of The Grain o' Truth Bar & Grill grew rapidly into a character who becomes O'Shea's laconic buddy, an Indian who plays on his heritage as a sort of running joke between the two men. Even his name, Lunatic Mooning, is a joke related to Indian tradition in that he was named after the first thing his mother saw after giving birth to him in the State Mental Hospital. Not "Sitting Bull" or "Crazy Horse," but "Lunatic Mooning."

Other characters emerged and have become staple secondary individuals such as Olivia Olson, the comely, divorced English teacher who becomes Thomas' main romantic interest; Bunza Steele, the barmaid/pro wrestling ingénue; and Sheriff Harmon Payne, a paragon of sarcastic virtue whom Thomas infuriates with his unorthodox crime-solving techniques. All in all I like my characters, even the sleazy ones, and look forward to seeing what they do to me next.

I am Irish, and also Cherokee and Jewish, so I think maybe I'm the minority, but I am not a tough guy. Living vicariously through Thomas O'Shea is so much fun, however. Literary influences? A little bit. Personal wackiness? Just who I am. 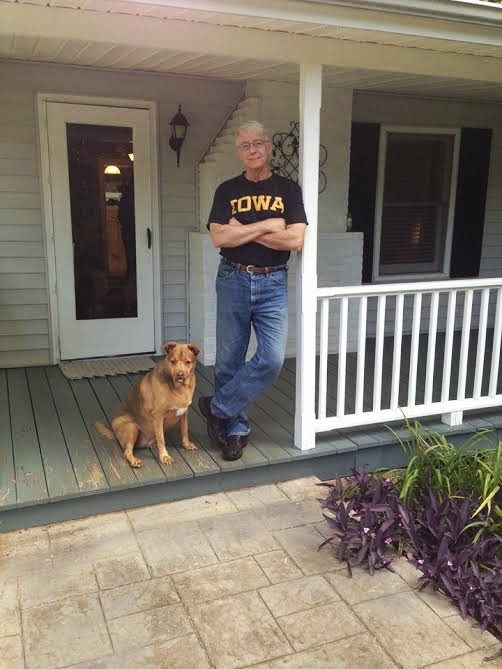 John Carenen, a native of Clinton, Iowa, graduated with an M.F.A. in Fiction Writing from the prestigious University of Iowa Writers Workshop and has been writing ever since. His work has appeared in numerous popular and literary magazines. His debut Thomas O’Shea mystery novel Signs of Struggle was published in October 2012. The sequel, A Far Gone Night, continues the exploits of the enigmatic protagonist and quirky characters of Rockbluff, Iowa. John is currently an English professor at Newberry College in Newberry, S.C. He lives with his wife in a cozy cottage down a quiet lane in northern Greenville and is a big fan of the Iowa Hawkeyes and Boston Red Sox.
Posted by Paula Gail Benson at 12:00 AM

Welcome to WWK, John. It sounds as though you might also be channeling a bit of In Fleming with Bunza Steele. Robert B. Parker also influenced my writing with his sparse style.

It is interesting how various characters grow over time and often turn into someone we didn’t initially suspect.

I think all writers live through their characters. (Of course, the characters live because we invent them so it's a symbiotic relationship.) Writers must become their characters for a time, mentally, physically, and emotionally, like actors who portray them on the screen. If you aren't "them" then the writing isn't authentic. When I'm in writing mode, my reality fades, hours go by, and I write until I hit a roadblock. The writing mode is gone again until I solve the problem and can become that character again.

Thank you for including Robert Parker as a literary influence. To often genre writers are dissed as not being literary.

Welcome to WWK, John. I also get totally into my characters and the little town I created. The town and people who inhabit it are real to me. Your books sound like ones I would love to read. I've put the first one on my TBO list.

It is fun to live through characters who do things I would like to do and tell the world just what they think without considering the consequences.

Sometimes I surprise myself when I think of the authors who have influenced me. Weldon Hill, Margaret Yorke and Don Westlake come immediately to mind.

My influences are Harper Lee, Amanda Cross, Sara Paretsky, and Sue Grafton. They all have been able to portray a sense of unique place as well as distinctive characters. Welcome, John. This is a great topic for discussion!