What is a Quaker?
My protagonist in Bluffing is Murder, Lauren Rousseau, is a Quaker. I just happen to be one, too. This means I am a member of the Religious Society of Friends.

I have found over the years that there is a certain lack of common knowledge about who Quakers are. No, we're not the celibate Shakers, nor the Ludditely Amish or Mennonites. Or a guy who markets oatmeal in an old-fashioned hat.

Friends have a long history - over 350 years - and much has been written about them. George Fox founded the Society of Friends in England, and it soon spread to America. William Penn was one.

The branch of Friends that I belong to and the Meeting I attend features unprogrammed worship. 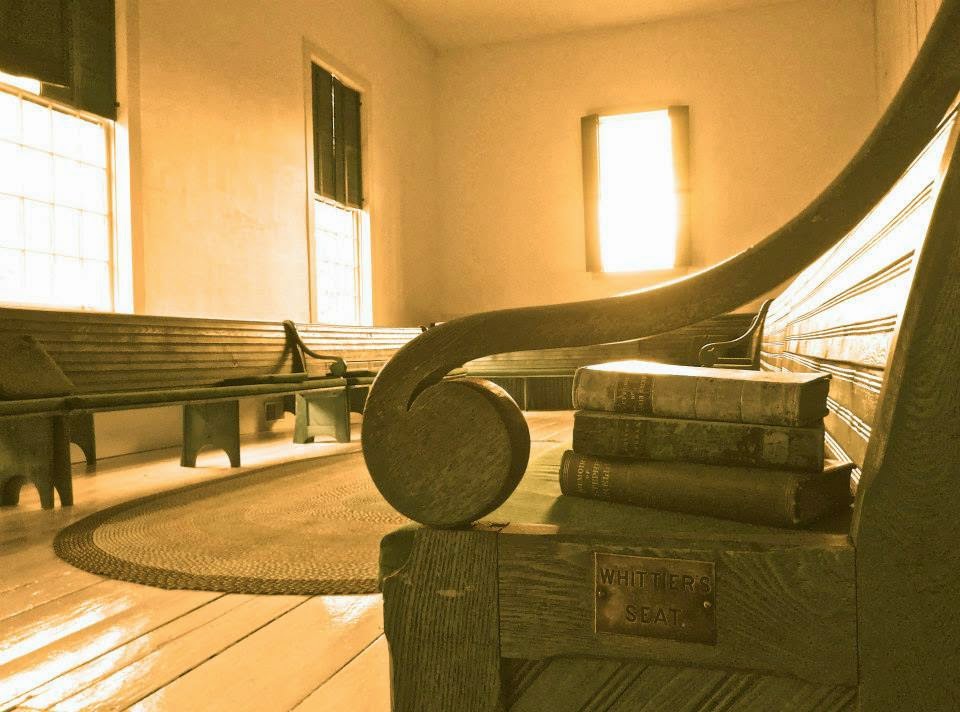 This means simply that we sit in silence together on pews in a beautiful and simple Meetinghouse built more than 150 years ago. We sit in expectant waiting, listening for a message from the Light.

That's it. We have First Day School for the children, fellowship and refreshments, and a monthly business meeting. We hold peace vigils as well as social potlucks.

The five Testimonies guide our lives:

Quakers believe there is that of God in each person, which leads to the core and strength of the Testimonies. We have no minister because we all minister to each other. We believe in peace and non-violence because we are all equal. Living simply frees us to help others.

Historically, Friends have been rabble-rousers in the name of peace and equality. Mary Dyer was hung on the Boston Common in 1660 for preaching Quakerism. John Woolman traveled the American colonies urging people to give up their slaves. John Greenleaf Whittier, the poet and abolitionist, was on the building committee of the Amesbury Meeting, where I am a member (and I’ve written an historical mystery that includes him!). Many modern Friends have been conscientious objectors in time of war.

I came to Friends as an adult. I find that quiet individual worship in community suits me, as do the Testimonies. Being a Quaker seems to suit Lauren, too. She often takes a moment to hold someone in the Light or to center herself before heading into a difficult or dangerous situation. Being a Friend is not for everyone, though. I knew someone raised as a high Episcopalian and he really couldn't handle all the silence. When I visited his church, I couldn't take all the busyness!

Did you know what Quakerism meant? If you have ever sat in silent Meeting for Worship, how was it for you? Or do you prefer to meditate alone? 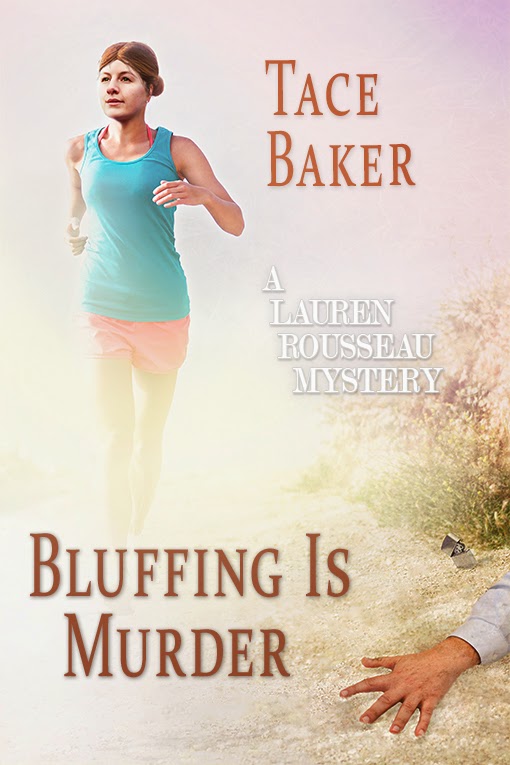 Bluffing is Murder
Summer promises to be anything but easy for Quaker linguistics professor Lauren Rousseau in Bluffing is Murder. Still reeling from an attack by her student’s murderer, Lauren decides to brush up on her karate and finds herself drawn to handsome sensei Dan Talbot. During a run near the sea bluffs, she discovers the corpse of her insurance agent, Charles Heard, who is also a Trustee for one of the oldest land trusts in the country. Earlier that day, Lauren had a public argument with Heard over her policy―and is now a suspect in the case.
Determined to clear her name, Lauren sets out to discover the real story behind the mismanaged land trust, the dead man’s volatile sister―and a possible link to her own father’s mysterious death more than a decade ago. But a near miss with a car, snippets of strange conversations in French and Farsi, slashed tires, and finding yet another attack victim on the beach make it clear that Lauren is also a target―and the killer is closing in. Can Lauren discover the killer before she becomes the next victim?

“In this page-turner of a mystery, linguistics professor Lauren Rousseau
uses her smarts, her Quaker faith, and her summer vacation to bring a vicious
murderer, and a secret from her own past, into the light.”
Barbara Ross
Agatha-nominated author of the Maine Clambake Mysteries
Co-editor of Level Best Books

Edith Maxwell writes the Lauren Rousseau mysteries under the pseudonym Tace Baker, in which 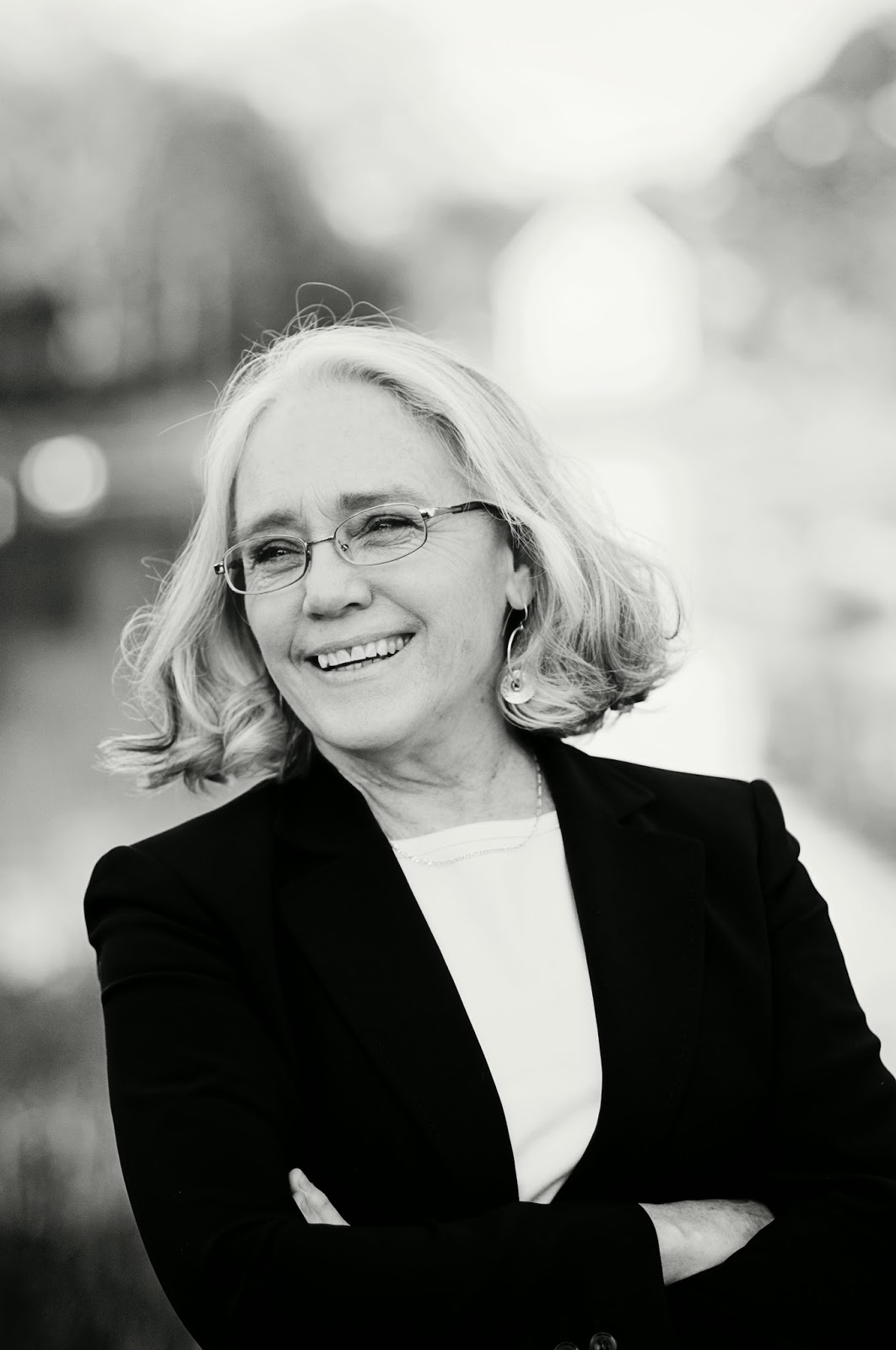 ‘Til Dirt Do Us Part is the latest in Maxwell's Local Foods Mysteries series (Kensington Publishing, 2014). Her new Country Store Mysteries, written as Maddie Day (also from Kensington), will debut with Flipped for Murder in fall, 2015.

A fourth-generation Californian and former tech writer, Maxwell lives in an antique house north of Boston with her beau and three cats. She blogs every weekday with the other Wicked Cozy Authors (wickedcozyauthors.com), and you can find her at www.edithmaxwell.com, @edithmaxwell, on Pinterest, and at https://www.facebook.com/EdithMaxwellAuthor.
Posted by E. B. Davis at 12:00 AM

I enjoyed Lauren’s first adventure and have Bluffing is Murder on my TBR pile. Best of luck in all your continuing writing adventures.

Welcome to WWK, Edith. I loved your first book with Lauren and want to read the next one, too.

I've always admired the Quakers for their philosophy of non-violence and peace, and especially for their abolitionist stance against slavery but hiding and assisting runaway slaves.

Lovely post, Edith. And a fine education on Quakerism. My 103 year old neighbor is a Quaker and I must say, his philosophies have long intrigued me. Can't wait to read Bluffing is Murder.

I'm enjoying Bluffing is Murder and now must find the first in this series :-)

Thanks, everybody. Being a Friend seemed like a perfect fit for me from the first meeting I ever attended in southern Indiana.

My first experience was in college, when the Quakers organized silent Peace Vigils. I did attend Meeting once or twice, and have a long-standing respect, including the American Friends Service Committee.
Reading parts of Ben Franklin's autobiography with my high school juniors, we discussed the openness and acceptance demonstrated when a travel-worn stranger fell asleep in their meeting, to be gently awakened when it was over.
. . . and yet another series for my lengthy TBR list. I need never be bored ;-)

I've enjoyed both the Tace Baker series and the gardening series. Would LOVE to read the series set in the 19th century.

My uncle bought a meeting house from the Friends in Ft. Washington, PA and converted it into his home. I can only assume they had outgrown it. Since he was an antique dealer, the furniture fit the era of the home well. The woodwork was lovely. I've always admired the Friends and how their meetings were conducted, except I don't understand the separation of the sexes. What is the reason, Edith?

Hi Edith,
This series looks fascinating! Thank you for the explanation of your Quaker faith - so much there to admire.
BTW, at work the other day a lady asked me for a copy of Til Dirt Do Us Part. I'll have to let the patrons know about your other series - they may not realize you write other books because of the different noms de plume.

Thanks, Mary. Must look into that Franklin autobiography.

Nancy, you will! (Secret good news I'm hoping to be able to reveal soon...)

Elaine - In earlier days Friends held separate business meetings for women and men so women would feel unimpeded to speak and take a leadership role, which they did. Kind of like women's colleges like Wellesley, which has produced so many leaders over the years.

The Meetings sound lovely, but I mainly go to my (Methodist) church for the music. Gotta have that. I'd like a blend of your church with some hymns.

I taught in Baltimore City for a few years, and we always touched on the Ellicotts, Quakers who had a strong influence on the region, both financially and educationally. They lent out books (boos, of course, were rare and expensive) and were a major factor in Benjamin Banneker's successes. He published an almanac and was a surveyor who helped lay out Washington, DC.

Spent several Christmas Eves at Center Meeting, and a couple of Sundays at Hockessin Meeting.
Loved the first Tess Baker book and looking forward to the second.
I read with map in hand and having it set in a real place is a boon to me.

Kaye, one fFriend of mine is a singer, and her shared message in Meeting for Worship is sometimes a song!

Thanks, KM. I have read about Banneker.