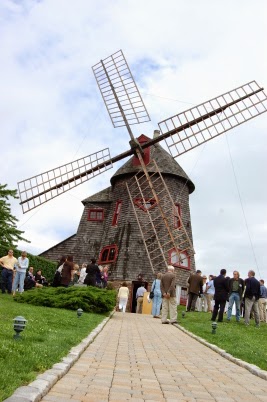 What do Slip F18 in Bahia Mar, Grip the Raven, a windmill in Stony Brook, NY, and John’s Grill in San Francisco have in common? They’ve all been designated Literary Landmarks.

To encourage the preservation of American literary sites and history, Friends of Libraries (now United for Libraries) started the Literary Landmarks program in 1986. Since then, the group has evaluated and recognized sites of literary importance in 33 states. The program partners with local literary and historical societies to ensure that sites honoring influential literary figures are managed and maintained for future generations of readers.

While most sites are what one would expect – author’s birthplaces and library collections – some more unexpected sites have made the list.

The Stony Brook windmill? Tennessee Williams lived in the windmill in Southampton, NY, in the summer of 1967 while he wrote “The Day on Which a Man Dies” about his friend Jackson Pollock. Williams has had a total of six Literary Landmarks dedicated to him: the windmill; his Key West home; the Tennessee Williams Visitors Center in his birthplace, Columbus, MS; St. George’s Episcopal Rectory in Clarksdale, MS; the Hotel Monteleone in New Orleans; and his New Orleans townhouse.

Several hotels have been designated landmarks: The Monteleone in New Orleans was named to the list in honor of frequent visitors Williams, Truman Capote, Eudora Welty, and William Faulkner. While the hotel is officially the landmark, one imagines that the bar was actually the attraction for this group of writers. The Plaza Hotel in New York was added to the list for being the home of Kay Thompson’s creation, Eloise, and The Menger Hotel in San Antonio, TX was recognized for hosting literary lights like O. Henry and Oscar Wilde.

Louis L’Amour’s landmark is Room 222 of the Strater Hotel in Durango, CO. For twenty years, L’Amour spent every August there with his family, and said that the sounds rising from the hotel’s bar inspired his writing. 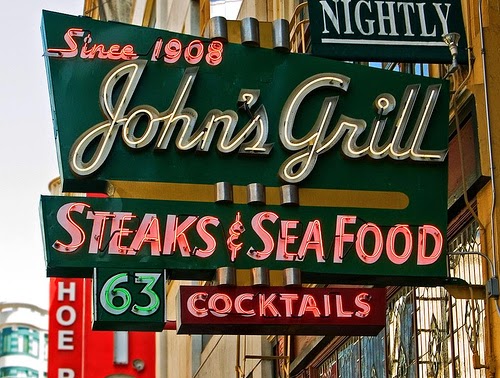 Capote, Faulkner, Welty, and Williams may have had the elegant Monteleone, but Jack London has Heinhold’s First and Last Chance Saloon in Oakland, CA. Dashiell Hammett is honored with the inclusion of two San Francisco sites: John’s Grill and an apartment at 891 Post Street.  Hammett wrote his first three novels Red Harvest, The Dain Curse, and The Maltese Falcon there, and Sam Spade’s apartment was modeled on Hammett’s Post Street home.

For sheer size, Willa Cather’s Literary Landmark tops them all; she is honored with the Willa Cather Prairie just off Highway 281 in Red Cloud, Nebraska. 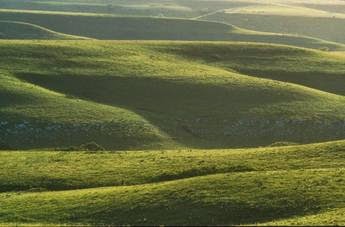 United for Libraries’ first landmark was Slip F-18 Bahia Mar in Fort Lauderdale, FL, the “address” of The Busted Flush, John D. MacDonald’s beloved character Travis McGee’s houseboat. A redesign of the marina demolished the slip, so now the honorary plaque is displayed in the marina’s offices.

Our Goth Poet Laureate Edgar Allan Poe has two landmarks: the Poe House in Philadelphia, PA and Grip’s roost at the Rare Books Department of the Free Library of Philadelphia. Grip was the beloved pet of Charles Dickens, who had the unusually intelligent bird preserved upon his death. In 1843, Poe and Dickens met in Philadelphia. Poe had reviewed a Dickens story that featured a raven named Grip. Soon after this meeting, Poe wrote the blockbuster poem that turned Grip into “The Raven.” Grip is part of an extensive collection of Dickens memorabilia at the Free Library.

The most recent additions to the Literary Landmarks list are the Walt Whitman Birthplace State Historic Site and Interpretive Center, Huntington Station, NY; the Alex Haley Museum and Interpretive Center, Henning, TN; and The Sarah Josepha Hale Memorial Park, Newport, NH. As editor of “Godey’s Lady Book,” Hale nurtured the careers of Edgar Allan Poe and Nathaniel Hawthorne. In a timely note, Hale successfully campaigned to establish our national Thanksgiving holiday.
What author do you think deserves a Literary Landmark?
Posted by Shari Randall at 12:00 AM

My all-time favorite, John Steinbeck already has been memorialized in Monterey, CA, perhaps not officially, though so his name needs a memorial.

Robert Parker's Boston house should be added if it hasn't been already.

Carmel, CA should volunteer to be an alias for St. Teresa so Sue Grafton can be remembered.

Someplace in near Denver, CO should do the same thing so that Diane Mott Davidson will have lasting fame.

I'll add my vote for Robert B. Parker's residence in Boston.

One of my favorite authors, Abraham Lincoln has several landmarks for his actions as president. I would like to see memorials to Isaac Asimov and Ray Bradbury.

I've visited the House of Seven Gables, the Alcott home, Ralph Waldo Emerson's home and the replica of Henry David Thoreau's cabin. I've also visited Emily Dickinson's home and Edith Wharton's. I'm sure there are other's I've visited in this country, too. In England I visited places that memorialized Dickenson, Sherlock Holmes (a fictional character) and William Wordworth. There may have been others there, too.

I still want to visit Robert Frost's home, and would like to see Harper Lee's home become a memorial to her someday.

I'd like to see some of these sites, Shari.