The Book Popularity Contest That Wasn't 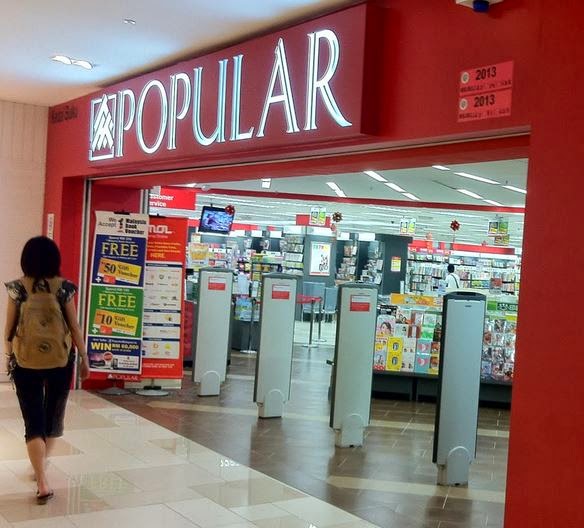 Apparently, I’ve been a bad Kansan. I’ve lived here nearly all my life, but according to this list of the most popular books in each state, I’ve totally failed.
I haven’t read the most popular book in my state.
Heck, I haven’t even heard of it.
The High Lord: The Black Magician Trilogy. Anybody heard of it? Anybody read it? Bueller? Bueller?
It’s the third book in said trilogy by an Australian writer named Trudi Canavan. It has good reviews on GoodReads and Amazon. But the most popular book in our state? Really?
Now, I’m not putting that much belief into this tally, mainly because I’ve never heard of the service (maybe I’m just out of the loop?), and just using a single service as a guide seems like extremely thin accounting.
Actually, I’m being nice. My journalism background knows exactly what this is: lazy. A press release and easy inches to fill the page. Trust me.
But I wasn’t in the Parade newsroom when this story sprang to life. Thus, I’ll just give you the best outsider’s evidence: No state has the same book.
With the prevalence of bestsellers out there, don’t you find that a bit odd? I mean, I understand it would be boring if every single state had The Goldfinch as its top pick. Or Life After Life. Or some other mega hit. But no two states have the same runaway bestseller? Yeah, that’s the single source/small sample/press release laziness talking.
Thus, I’ve been trying to think about what might be the actual most popular book in my state.
Mostly, the list I’ve come up with includes books that are either longtime, huge bestsellers (The Harry Potter series, Dan Brown’s books, James Patterson’s books, etc.) or books assigned for school reading (To Kill a Mockingbird, The Great Gatsby, The Scarlet Letter).
Of course, those are all serious, practical answers. As far as what I personally believe should be the current bestseller here? Why not Gone Girl? It’s written by a University of Kansas graduate and it’s undeniably popular.
What should be your current state’s bestseller?
Posted by Sarah Henning at 12:00 AM

I want to know if it's the most popular book today, this week or of all time. I once sold more book than anyone else on a specific day in Green Valley, AZ. I did a signing and my mother told all of her friends to come. Green Valley is a very small town.

As for Kansas, I think about The Wizard of OZ and In Cold Blood. I'd wager more people have read those book than the one listed.

And what about the Bible? That could be the most popular book in several states if we're talking about sales (which doesn't mean it's the most read.)

Faux news based on "statistical evidence" is the bane of real fact - but it does score publicity for the entity that gets quoted, and that's all they wanted in the first place.

VA's best seller? Right now, probably an IRS manual, Sarah. I went to the link you provided. It's Parade, as in the Sunday newspaper insert! They're just a PR firm. I don't think they even pretend to be real news. People pay them to put their _______ you name it in their pubs for advertising. It's not real. What it shows is who has the bucks to advertise. More about the publications then the states.

I have no idea of what book is the most popular in Ohio. I know in my Sunday newspaper they publish the top sellers in hardcover, paperback in fiction and non-faction, but the list is continually getting shorter. Today it was only one in only th categories, hardcover fiction, hardcover nonfiction and mass paperbacks. Maybe they got tired of lists dominated by James Patterson, an author I never read. He's the solitary one on the Mass Market Paperbacks.

Oh, I know it's not real journalism, but I still thought it might be a fun talking point. I think Warren makes a good point about the Bible. Maybe because there are so many versions, it never appears on lists?