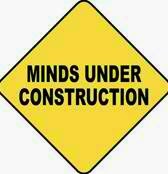 This message is a long journey down a winding path seeking discovery.

To be a writer, one must be persistent. What exactly is "being persistent"?

Is Writing Persistence a symbol like Legal Justice? A blindfolded woman with a pointed pen instead of a sword and a scale tilted toward publication?

Is it a quality or a habit? How does it manifest itself?

As defined, persist means "to continue, to carry on, to endure."

Perseverance, a synonym,  is "a steady, dogged, unyielding continuation toward a goal, despite hardships or opposition." 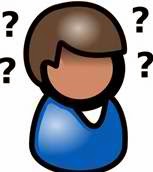 But, what do persistence and perseverance require you to do?

There is a FIS school. In my government job, FIS stands for "fiscal impact statement." From a writing persistence perspective, FIS has been interpreted as "fanny in seat."

Okay. To be persistent as a writer, one must place oneself in the position to write on a consistent basis.

But, one doesn't really write with one's fanny, does one? How does being hunched over a desk or keyboard compare with that heroic symbolic figure in the blindfold wielding a pen?

Is "fanny in seat" showing or telling?

And, what about the fact that "fanny in seat" does not always improve one's personal "fiscal impact statement"? 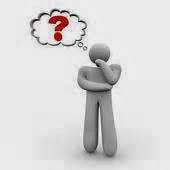 I tried to find online articles about the ways writers persist. I located plenty about staying focused, healthy, inspired, and organized as you write. But, I didn’t find any article telling me how to "persist" in writing.

My mind wandered. I began to think about the bowl of chocolate candies on my desk at work. My goal is to have candies for others’ benefit. To achieve that goal, I need to keep from eating the chocolates myself. How may I persist in providing for others while refraining from consumption?

One, I could move the bowl as far from my reach as possible. Maybe even put it in a different location that I don’t usually pass. Out of sight. Out of mind.

Two, I could email other people in my office and tell them to come help themselves to my chocolates. That way, I could share and converse and feel happy others were enjoying the candy. By granting permission, I could allow others and empower myself.

Three, I could limit myself to only eating the chocolate as a reward when I accomplished the things I needed to do. My personal evaluation would determine when I consumed.

Four, I could forbid myself to eat any chocolates at all. I would make the decision to exercise control over myself.

Are those four methods of persisting toward a goal or are they avoidance tactics? Is persisting just the flip side of avoiding?

Does persistence require that you first determine your goal, then map out a path for achieving it?

How do you map your way across a blank page?

When Ernest Hemingway received the Nobel Prize, his short acceptance speech was read for him by John C. Cabot, the United States Ambassador to Sweden. Following is a passage from the speech:

Things may not be immediately discernible in what a man writes, and in this sometimes he is fortunate; but eventually they are quite clear and by these and the degree of alchemy that he possesses he will endure or be forgotten.

When Hemingway says “endure” does he mean persist or is he talking about a legacy?

Here’s another portion of Hemingway’s speech:

Writing, at its best, is a lonely life. Organizations for writers palliate the writer's loneliness but I doubt if they improve his writing. He grows in public stature as he sheds his loneliness and often his work deteriorates. For he does his work alone and if he is a good enough writer he must face eternity, or the lack of it, each day.

Loneliness and no clear rewards to anticipate are reasons why writing may seem such a questionable pursuit. What is the purpose when the result is not dependent upon what you do, but how others perceive it?

But then again, are the rewards of writing measured externally or internally? 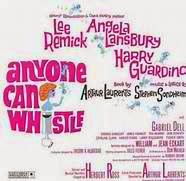 I have never seen a production of the musical Anyone Can Whistle. Few have, even though its music is often heard in tributes to its composer Stephen Sondheim.

It's a story about how a corrupt mayor and her henchmen try to save their town from bankruptcy by perpetrating a public fraud and taking advantage of the tourists that fraud generates. The heroic couple battling the bad guys are a man posing as a doctor and a nurse at the local insane asylum, known as The Cookie Jar.

This couple have a seduction song called "Come Play Wiz Me." The nurse sings to the doctor:

"I like your-How you say?-
Imperturbable perspicacity.
It isn't how you say, it's what you see!"

I love that phrase, "imperturbable perspicacity." Imperturbable means steadfast and difficult to upset. Perspicacity is a clear understanding or discernment.

Isn't that what Hemingway was talking about as "grace under pressure"? "Imperturbable perspicacity."

Have I rambled too far and just over-thought this matter?

What conclusions have I reached?

Are there four elements to consider when trying to persist in writing?

(1) Mindset--you must decide to focus on your goal of writing and never let it out of your sight or mind.

(2) Permission--by allowing yourself the time for writing, without doubt or guilt over not doing something else, you can empower yourself to become a writer.

(3) Legacy--accepting yourself as a writer is crucial, regardless of acclaim. Remember Emily Dickinson with her drawers of unpublished, unshared poetry that brought her fame after her death. 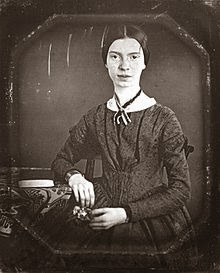 (4) Control--"imperturbable perspicacity"--exhibit calm, unwavering keenness about your writing. It's not what you say, but what you project. Be that blindfolded symbol with the sharp object.

So what do you think? Do the photos of Hemingway, the characters from Anyone Can Whistle, and Dickinson show the faces of persistence? How do writers persist?
Posted by Paula Gail Benson at 12:00 AM

I asked the question about who are the faces of persistence. I think the answer may include the photos lining the left side of the WWK blog!

Maybe this falls under 4) control, but I think that to be persistent a writer must have a perception of success, measured by sales (which may not have anything to do with money) or increasing the quality of his/her work. It's when I feel or perceive that no one wants my work or that I'm not increasing the quality of my work that my persistence waivers. There must always be progress one way or another.

Critique partners and beta readers are crucial to that perception, which is why when writers take on the task of reading for someone, honesty, tact and encouragement must be employed. Like Carla said a few weeks ago, don't tell me something I already know or what you think I want to hear.

Once at a talk I mentioned how long it took from the idea to my first published novel — seven years. Someone in the audience asked why I didn't give up. I replied that I did give up, repeatedly. Each time I then re-started repeatedly.

Insightful (and encouraging) blog! Persistence makes the difference between many people who'd like to write and people who really do. I wish there were a way to guarantee success to writers who persist, but I'm sure some do and end up with only(?) their own satisfaction in their work.

When one of my children displayed her enormous stubborn streak, which happened frequently, I would grit my teeth and tell myself that stubbornness would mature into persistence for her. And it has.

Very interesting blog, Paula. As for the picture of Emily Dickinson, no one ever smiled in pictures in hose day. When Thomas Wentworth Higginson, a man she admired and exchanged letters with, didn't think her poetry very good, she didn't stop writing poetry, however she didn't try to get it published after that first set back and seldom shared any of her poetry with others so there are different forms of persistence. And some people have more of a problem with criticism so that's another reason those who critique others work need to find something good to say about it, too.

As for me, I never gave up writing, but there were periods when I put it aside, but not so much anymore now that I'm having some success. I think that alone is a big motivator.

I liked this one! Re: persistence, I've struggled with this lately. So hard not to let outside stuff (the waiting game, real life) get in the way. I also try to persist in IMPROVING as a writer, which also ain't easy.

I remember when I was taking a class with a well-known, award-winning fiction writer and had to turn in a novel I was working on for his feedback and grade. I wrote in my journal before turning it in that his opinion would decide whether I continued to try to write (which I'd been doing for years). Then I wrote again in my journal before I got any of his feedback that it didn't matter what he said--I'd never give up writing. I couldn't. That was who I was. His feedback, happily, was good, but I learned an important thing about myself in that time span. And I think that's where a lot of persistence comes from. We have to write. It's who we are.

I think it's important to be passionate about what you're writing in order to persist when things get tough. However, I've found that a story idea can be persistent, too. I've been ready to give up, but can't get a story or character out of my mind.

Warren -- the essence of persisting -- sticking to it, regardless of the time needed to finish.

KM -- from stubborn to persistent -- encouraging to know that being stubborn is a good quality.

Gloria -- I didn't know that about Emily Dickinson. You're right. Success is a good motivator.

Linda -- innately a writer -- that's a good definition of persistence.

Kara -- great point -- sometimes it's the story as much as the writer that persists.

Wow. Thank you everyone for contributing. Many excellent examples to ponder further.

I'm very action oriented. I really do think persistence is about *doing* something rather than just waiting for things to happen and think you've been persistent just because you're patient. (Note: I'm not patient at all.)