HOW A BOOK BEGINS AND EVOLVES 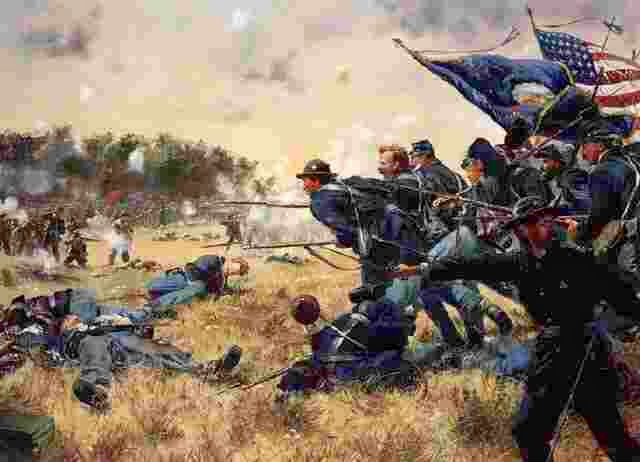 In the beginning is a word. The word becomes a sentence, and the sentence becomes a paragraph leading to the opening scene. But even before the first word there has to be a germ of an idea which then develops into a plot, and that’s how a book starts evolving.

Once I have the plot idea, I start to develop the characters. My first character for the new book has to be the murderer. He/she can be a new character to my series or a returning minor character, who becomes a murderer. It’s very important for me to develop this person. I need to know what is so important to this character that they’d murder to protect it. I don’t write psychopathic murderers so my murderer is not totally evil. In fact, there is much I like about them and have more sympathy for this character than I do for the victim. As I include them more into the story, I actually feel a little sorry for them and I wish they’d change their mind. Most of my victims are not very nice, and those that are, I don’t develop enough rapport to feel saddened when they die.

My next step is to create new characters and to give more depth and attention to one or more of the returning characters. In this way I bring in more suspects for the murder or murders that will happen. This is a fun part. I love creating characters.  Unfortunately, I hate letting characters go, so sometimes I let them rest for one book and then maybe have them return in another book. Some will never return and some will never be more than a very minor character; sort of like a part of the scenery of Portage Falls.

Because my books not only have a gardening theme, they also follow a chronological order of months. The Blue Rose took place in June. Daylilies for Emily’s Garden in July and Ladies of the Garden Club takes place in August. My fourth book that I’m working on now, The Body in the Goldenrod, will be taking place in September. In this book there will be a Civil War Re-enactment going on at Elmwood Gardens. Our local newspaper has been featuring columns twice a week for over a year now by local historians and/or Civil War reenactors. I’ve been saving these columns to get a feel for that period in northeast Ohio where I live and my fictional books take place. I’m lucky because Carole Babyak, a member of my local writers group not only writes books about the Civil War Era based on people from our area, but also has a husband, who is a Civil War reenactor. She belongs to a group of Civil War enthusiasts, and dresses the part of a woman of the time at Civil War events. She will be my go to person to make sure what I write is accurate and believable. I’ve already been asking her questions.

I’ve finished chapter twelve now, and I’ve not reached a place yet where I don’t know where I’m going with it. I’m much more a pantser than a plotter and somehow when I end one chapter, an idea for the next chapter comes up. If only there weren’t constant interruptions in my life, I think the book would be done by now. Meanwhile I already have a germ of an idea for October’s book as well as a title - Murder in the Corn Maze.

What steps do you take in writing a book?

I think your blog needs prefaced, Gloria, with the fact that you have your series concept developed. Your main characters are developed, so you're at a different stage than those starting from scratch.

I work on themes. If my second book in my OBX mysteries ever happens, I'll work on another aspect of child abuse and work the plot around that issue. I have an idea now, but it's not a plot. I have an idea of the minor plot--how my characters will develop, interacting with the plot and what happens in the book that will affect them ultimately to change them forever into effect. After that, I'll work on scenes.

The beginning stages are a chess game. I put the characters on the board and move them around. I find out what one scenario culminates, then start over until I end up where I want to end up with--mainly how the characters will react by what they find when they solve the mystery.

I don't know how writers can produce more than one book per year. It's a long process with a lot of work.

E.B. any form of child abuse is a heavy topic, one that bothers me just reading about it in the newspaper. I'm not sure I could write about it, but I think it is something that should be addressed. I just read a horrific news item that a cartel in Mexico kidnaps children and has a medical team to remove their organs for sale on the black market.

I like to hear how other people approach their way to start and then write a book. I think the chess game is an interesting concept of building a plot.

Like you, I don't see how writers can produce more than one book per year. There are two prolific writers in my local Sinc group, who have three series going. But I don't think they are readers like you and me. I for one could not imagine a life without reading books

I have a series, too, Gloria, and it kind of evolves on its own. I have lots of ideas tumbling around in my head, and I wish I had the time (and energy) to work on them all. For me, a lot of the development bubbles around when I'm doing (and thinking about)other things and most characters and situations seem to arise spontaneously. Often social issues about which I feel strongly are an important part of what results.

KM, I love your series. It is frustrating, isn't it, to have so little time to harness all those ideas and create something with them. Life does seem to get in our creative way at times.

I usually start with the glimmer of one part of the book. It may be a character or a situation. When I'm lucky I know the ending and just have to work backward. When I not lucky I start with a line a character speaks so I have to figure who spoke and why.

I tend to know the theme of each of my books in the Skeet Bannion series first. I know where Skeet is going in terms of personal development in the series, but each book's mystery plot is what has to take her to the next step by pushing her to her limits in some direction, and that plot has to arise for me from the introduction of a new character or situation and all of the other characters' reactions and responses, which affect all the others, etc.

I think it's fascinating to see how many different ways people approach successfully the problem of writing a novel.

Warren, I know my murderer and how/and why they commit the murder, but I have no idea how I'm going to end this book yet.

Linda, I've preordered your third book and can't wait to read it. No matter how you do it, your books are well worth reading. I think my process is more organic or pantser than actually neatly organizing whee the book will go.

For me, there's a kernel of an idea. Just some sort of hook. Then, I flesh it out by writing a pitch and then a query-style three- or four-paragraph description. That said, sometimes, I'm not even done with the pitch before the voice comes to me (usually in the opening lines) and I have to quit on the big picture and just get it all out!

This seems to happen book by book, even in the one I wrote as part of a series.

Thank you for giving us a peek into your writing process, Gloria. It's interesting to see the different ways writers begin a story.

How wonderful that you know an expert who is willing to answer your questions about Civil War reenactments.

Sarah, it sounds like once you get started, the story almost tells itself. I think that's wonderful. It tells me that you have a very creative mind.

Kara, I'm finding the comments left so far interesting, and yes, I'm lucky to have an expert I've known for quite a lot of years to help me with this part of the story although she's never known any reenactors who were murdered, she did give me some ideas.

I get a beginning scene first, though it doesn't always end up as the beginning! It is usually a complete scene though, with characters and setting. Then I come up with the end. It's the character development and middle of the book that are the hard parts for me.

Actually, Barbara, although I know my murderer and why, I have the hardest part actually figuring out he/she will be found out towards the end, before everything is wrapped up in the last chapter.