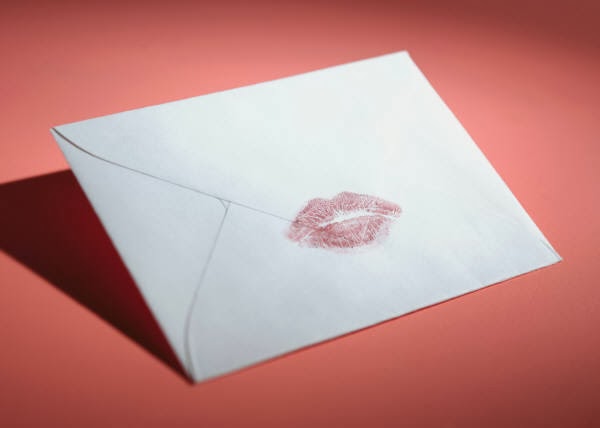 My Savannah book club, Bound to Please (don’t you love that name), recently read The Husband’s Secret by Liane Moriarty. I stumbled onto the club when they chose Bad Policy as their December 2013 book. Jan and I have continued to go to meetings because it is a good group of people with a variety of ages and interests, and they often choose books we wouldn’t normally read.

I was disappointed in The Husband’s Secret. If you want to know why, contact me off list, because I want to talk about a question I asked the group and the answers people gave. I’m not giving anything away to say that the husband wrote a letter to his wife, sealed it in an envelope, which he labeled with something to the effect of “open upon my death.”

Here’s the question—and answer it for yourself before you read on:

If your still living spouse/significant other left just such an envelope and you found it, would you rip it open?

I was fascinated to see eighty percent of the hands shoot up without hesitation. One participant noted that she wouldn’t rip it open; she’d steam it open. I wished I had thought of that, since I would have ripped it open and then destroyed the evidence of my moral crime.

Ben Franklin supposedly said something like, “Three can keep a secret, if two of them are dead.” Ben may have been an optimist. There is something in human nature that does not like secrets. We can’t keep others’ secrets; we often can’t keep our own; and assuming my book club is a fair representation of Americans, given the opportunity to learn someone else’s secret, we won’t hesitate to break their trust. Of course, owners of the gossip magazines by the grocery checkout have profited from this knowledge for generations.

Somehow we are shocked (shocked, I say) that our government eavesdropped on our allies—as if they weren’t doing the same to us. To those of you old enough to remember party telephone lines, I ask, “Didn’t you listen in on your neighbors?”

We should not be surprised that the NSA oversteps its bounds. Hoover’s FBI certainly did in their day. Today’s tools are exponentially more sophisticated, but that hasn’t changed our human desires to know what others want to hide.

Information wants to be free. We need laws (treason for so-called state secrets, copyright protection for authors, patents for inventors) to prevent it. But you know, once again Mom was right when she said, “Don’t do something you wouldn’t want on the front page of the paper.”

Life can certainly be a lot less stressful if you’re not trying to protect secrets. Now, where did I hide that diary again?

Email ThisBlogThis!Share to TwitterShare to FacebookShare to Pinterest
Labels: Secrets

The first thing that came to my mind was--no, I wouldn't open it. I trust my husband completely. I know he wouldn't do such a thing unless it was terribly important, and he doesn't ask me for a lot.

It reminded me of something someone in my writers group asked. "If your spouse killed someone, would you help cover it up?"

It's all about circumstances and intentions. I'd open the letter because I'd want to know what prompted it. We care about those we love. I'd want to know. Ignorance may be bliss, but humans aren't known for wallowing in bliss. It's our quest as humans to know. It's why we have readers!

I don't think I'd open it. I would assume it was more emotional, saying goodbye in a way he couldn't say in life (he's not a demonstrative person)rather than a major "secret" to be revealed.

If I did open it, I'd definitely steam it open.

Would i help my spouse cover it up if he killed someone? I'd have to say, it depends. I can't imagine him doing it intentionally unless there were extraordinary circumstances, so probably yes.

I would look for an identical envelope before I opened it so I could make it look like I hadn't opened it.

If I found such a letter, I can't imagine that I wouldn't ask him about it! And if he told me he really wanted me to wait until after he was gone to read it, then I would honor his wishes. He doesn't ask much.
Having said that, I like the way KB and Warren think!

Were my husband still alive when I found the envelope, I would not open it. I would ask him what was in it.
Two things about my husband: he was a radical all his life, and he was a teller of tall tales which he believed, but I didn't.
So who knows what he would have written or if I would believe it. KB

If my husband wrote a letter like that, first I'd ask him about it. If he made it clear that he didn't want to talk about it and wanted me to wait until after his death to open it, I'd leave it. We never open mail addressed to each other or read the journals each of us keeps. One of the things that makes our marriage work is that we allow each other privacy and trust each other.

If, however, there were some compelling reason to open it--I worried that he was in danger or something--I wouldn't steam it. If I were going to violate his trust for some more important reason, I wouldn't try to deceive him about it. That just would make it worse.

You folks are such better people than I am.

I have no clue what I would do if Jan asked me to cover up a murder she committed. There is certainly a line somewhere I would not cross (serial killer is on the far side), but where the line is, I probably wouldn't know until I was faced with the actual situation.

I don't think I would open the letter. However, I'd grill (I mean gently talk to) my husband about it.

I wouldn't open the letter. I'd probably put it away somewhere that wouldn't tempt me to open it. Sort of out of sight, out of mind. I'd be more likely to think it was a sentimental letter that he wanted to be his last message to me. That is, of course, if I were still married. :-)

As for keeping secrets, I'm pretty good at that especially if it's something that could cause problems for the one who shared it with me. On that same token, in my daily journal I wouldn't write any secret shared with me, nor do I write hurtful things no matter how angry I am with someone at the time because I wouldn't want that person to be hurt when and if they ever read my journal someday. I might write I was angry with such and such and why, but more on the line of how I feel and not something derogatory about the other person. Of course, that only applies to family members who might read what I wrote someday, not the jerk who major irritated me. :-)