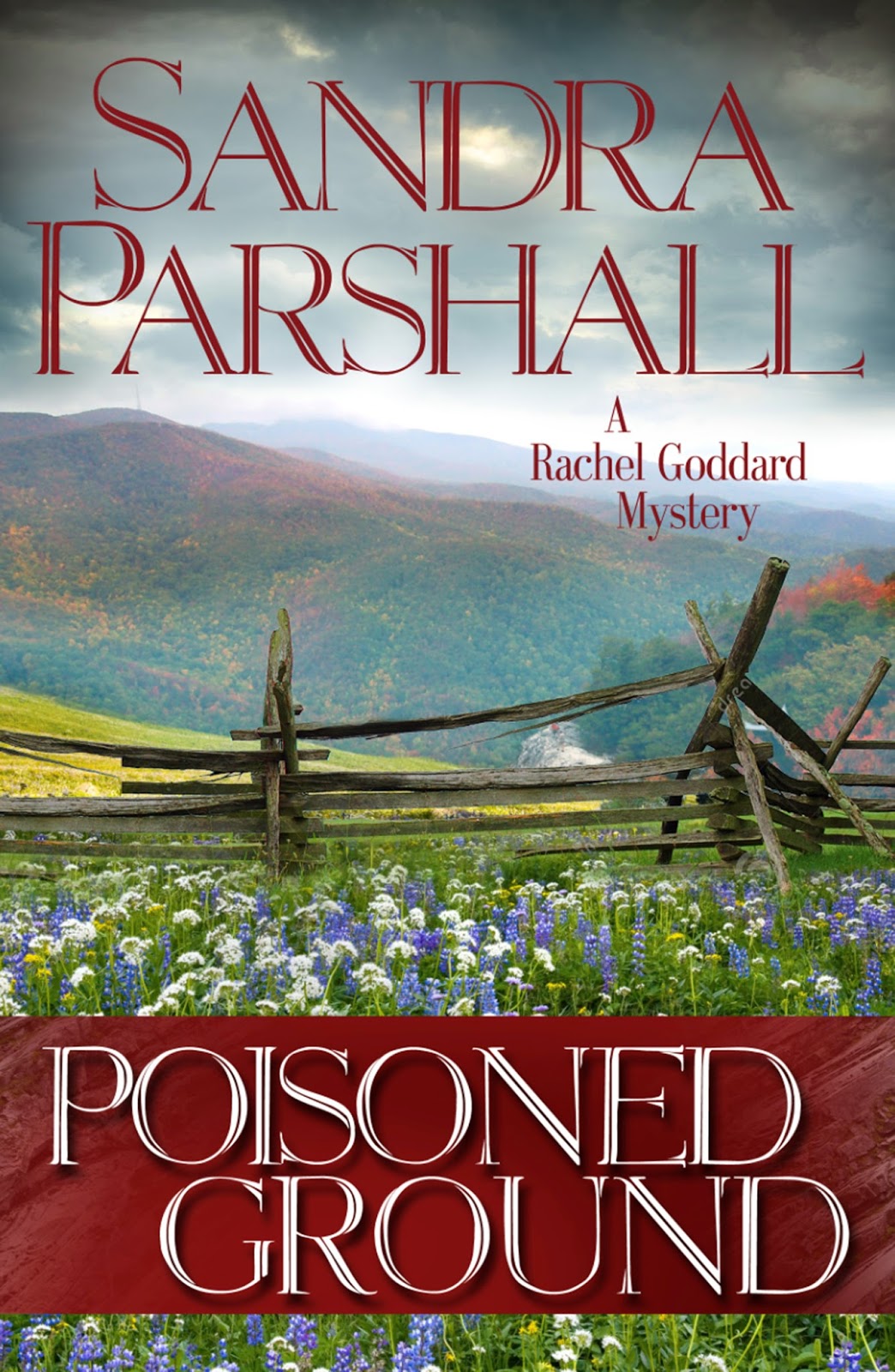 For those of you who have never read Sandra Parshall’s books, she writes intricate plots with interwoven relationships (both human and pet) that are set in mountainous Southwestern Virginia. Although each book stands on its own, start reading at the beginning with her first Agatha Award winning book, Heat of the Moon, or you will miss a lot of action.

Would you give our readers the book jacket copy of the plot?

Gunshots on an autumn day leave a local couple dead and signal the start of a vicious battle over the future of Mason County, Virginia. A powerful development company has chosen this small community in the Blue Ridge Mountains as the site of a sprawling resort for the rich, and the local people are taking sides. No one opposes the project more vocally than veterinarian Rachel Goddard, and her outspokenness complicates the job of her husband, newly elected Sheriff Tom Bridger. Many see the project as the cure for poverty and high unemployment in a dying community. Others, including Rachel, know the firm behind it is notorious for mistreatment of employees, and they’re alarmed by the prospect of the entire county becoming financially dependent on a predatory company. Rachel’s friend, horse breeder Joanna McKendrick, owns the most desirable land, and she’s fighting intense pressure to sell and make way for the development. When Joanna’s neighbors, an older couple who also refuse to give up their farm, are gunned down outside their house, it appears supporters of the project will stop at nothing to push it through. Soon a small-scale civil war is raging in the county. As the violence escalates, Rachel and Tom realize the truth behind the attacks is far more sinister than it seems, rooted deep in the poisoned ground beneath Mason County’s bucolic surface.

The division in the Mason County population profoundly upsets Rachel. Is the development company responsible or are existing economic inequities the real divide?

In communities like my fictional Mason County and elsewhere in Appalachia, the economic divide is 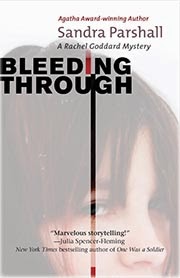 starkly visible. Poverty isn’t hidden away. It’s right in front of you, in the dilapidated little houses clinging to mountainsides and sitting along trash-clogged streams, in the boarded-up storefronts on dying Main Streets. It’s understandable that people desperate for jobs would be willing to take anything, at any cost. For the local power structure, inviting in a big predatory company may seem an easy answer. But in the end, the poor won’t be any better off, working for minimum wage with few or no benefits, and a lot of damage will be done to the community in the process.

Was there any real world example of commercial development that served as the prototype for the situation and company presented in Poisoned Ground?

Those of us who have lived in Northern Virginia for a while recall the furor over Disney’s America, a history theme park that was proposed for a little rural community named Haymarket. I think Disney officials were startled to discover that people preferred to keep their sleepy farms and narrow country roads just as they were. The theme park, along with an adjoining housing development for commuters, would have been a monstrosity, obliterating an enormous swath of countryside and bringing endless traffic congestion. Citizens’ groups fought it tooth and nail and won, but the issue is still debated by those who defeated Disney and those who believe economic development should always be welcomed. By the way, Disney later took its plan to Knott’s Berry Farm in California, but the owners refused to sell because they also didn’t like what Disney wanted to do to the land. 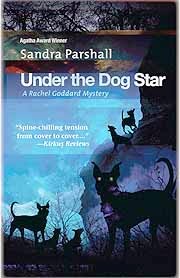 All the division causes fighting among neighbors. Rachel starts to question why she settled in Mason County. Those issues also lead her to question her relationship with Tom. Do all of us second-guess ourselves? Does it serve any purpose?

Rachel has questioned her decision to move to Mason County from the beginning, because it’s totally different from any environment she’s lived in before. She had a privileged upbringing in an upscale community. She has spent her life around educated professionals, and she has seen very little poverty. A rural community in Appalachia came as a shock to her, and she probably would have left long ago if she hadn’t fallen in love with Tom Bridger. Although Tom is educated and has lived elsewhere, he’s part of his community and deals daily with people at every economic and social level. Through him and the friends she’s made, Rachel has developed an appreciation for the people and a genuine love for the mountains. We all second-guess our decisions when we hit rough spots, but that’s beneficial if it leads to a better understanding of ourselves and our choices.

Big companies with a lot of money can always find politicians willing to cut red tape and bend the law for them. It happens in Congress and major cities, and it happens in small rural communities. In this case, bending the law isn’t required. Landowners are justified in feeling afraid when local government decides a big development would benefit the community. I’ve found many records of local governments allowing companies to buy private property over the objections of the owners in order to build commercial enterprises on the land. In 2005, the U.S. Supreme Court affirmed the right of local governments to exercise eminent domain in this way when they believe the commercial development would benefit the economy of the entire community. Private property owners in this country have only limited rights under the law, and many probably don’t realize that. It’s simpler, of course, if the company can buy the land without going through that process, and that’s what the company in my book is trying to do. 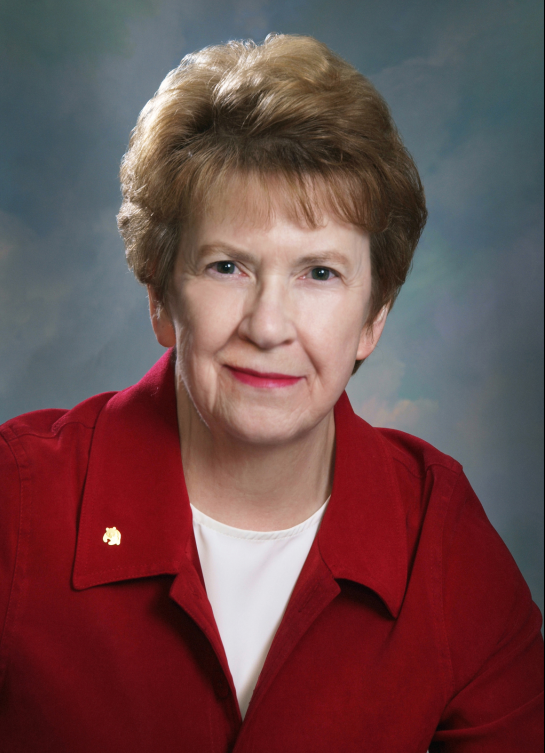 As a journalist, I’m sure you’ve sat through many government meetings. In one scene, the community is brought together in the high school auditorium to hear about the development. But before any information has been provided, the audience is already divided between pro and anti development, including Rachel and her friend, Joanna. Do people vote emotionally? Do politicians court emotional voting?

Of course people vote emotionally and politicians play on that. Human beings are emotional creatures, and often irrational. In this case, Rachel and Joanna know that Joanna’s horse farm is the key piece of land in the developers’ plan. Joanna has put decades of her life into her business and she has no desire to sell out and leave. She’s being pressured and threatened because she wants to remain in her home and on her land and carry on her business as she always has. On the other side, all people see is the promise of jobs. Low-paying jobs with lousy benefits, but jobs.

They won’t tolerate any obstacles to the development. No amount of information will sway either side.

While Tom sifts through physical evidence, Rachel keeps pondering relationships, families, and generations. If love is the tie that binds, what severs?

Love can be much more dangerous than hatred. You can defend yourself against hatred. How do you put up a defense against someone you love who is bent on harming you? More than one family in this book is caught up in such a dilemma.

When we first meet Bonnie, the murdered couple’s dog, she is understandably upset. But we later learn that the husband’s Alzheimer’s disease disrupted the household. Do you think pets behavior reflects their owners and environment? If so, what do Miss Priss and The G-Man say about your household?

Emma and Gabriel are shamefully pampered and always get what they want. They boss us around constantly. Anybody can see that they live with two people who are pushovers when it comes to animals. Gabriel is gregarious and likes everybody. Emma was abandoned as a kitten, and even now at age 12 she is wary of most people. She depends on us to keep her safe from evil strangers such as repairmen and the Fed Ex guy. If the doorbell rings, she runs and hides. When we tell her it’s safe to come out, she does. 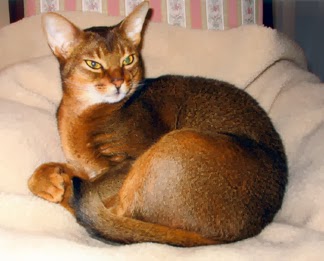 Why no short stories, Sandra?

I tried writing short stories years ago, but I don’t think I have a talent for it. Novels and short stories are radically different forms and require different skill sets. I like to write long, with many pages to explore characters and develop subplots — the more complex, the better.

Where is your favorite place to vacation?

What is this thing you call a “vacation”?

Sandra’s vibrant new website provides links to retailers who sell her books. I especially liked her link to http://www.indiebound.org/ where books can be bought through your local indie bookstore. Please use this link to keep your local bookstores in business.
Posted by E. B. Davis at 12:00 AM

Thanks for having me as a guest, ladies. Great questions!

The news about Duke Power Company and how its practices affect drinking water illustrates the author's point about powerful companies versus nearly powerless poor people.

Thanks for visiting, Sandra! Your answer about vacation had me giggling at my desk (and my coworkers giving me the side-eye).

I like Sandra's books because she tackles difficult social issues. This one in particular is sadly relevant in today's world where many politicians are bought and paid for. Poisoned Ground is on my TBR list.

Welcome to WWK, Sandra! Great interview. Of course, you know I'm a big fan of your books.

Warren's right in pointing to the recent news about Duke Power. That's one of the things I've always admired about your books--that you deal with social and political issues. And of course, there's almost no other novelist out there writing about Melungeons.

Hi Sandy, I can't wait to read Poisoned Ground. I remember the Disney/Haymarket situation and have seen what happened when giant casinos went up near the small town where I lived in CT. Talk about situations ripe with drama. Big stakes, indeed. I hope your book reaches a wide audience.
Thank you for stopping by.
And "what is this thing called a vacation?" - priceless!

Sandra, what an interesting series. Fascinating machinations under the real estate world.

I enjoyed reading Poisoned Ground. The social issues are wonderfully explored, but I also liked the developments in Tom's and Rachel's relationship! No spoilers--you'll have to read the book to find out. Thanks for being my guest today, Sandy.

I like books that tackle social issues. Given the current (and growing) economic disparity we see, people are facing the age-old question of do we approve things that create jobs that are not good for us because we need the jobs? I think of all the coal miners, who know the coal industry is bad for the environment and that they are likely to get black lung disease, but took the jobs anyhow to support their families. Human greed is a universal theme, and I like to see it addressed in fiction.

I'm glad Disney lost its battle in Northern Virginia, but it's scary to know that the Supreme Court has ruled in favor of local governments and developers and against private land owners in other places. What interested me most in the story I was telling were the shockwaves sent through the community and personal relationships when a big company came in, waving money in everybody's face. Children against parents, neighbors against neighbors -- this kind of controversy can dredge up a lot of bad memories and old grudges.

Welcome to WWK, Sandy. I've enjoyed your books since the first one I read. I enjoy books that deal with social issues and that's one of the many things that make your books so strong.