Why Is This Book Different From My Other Books? 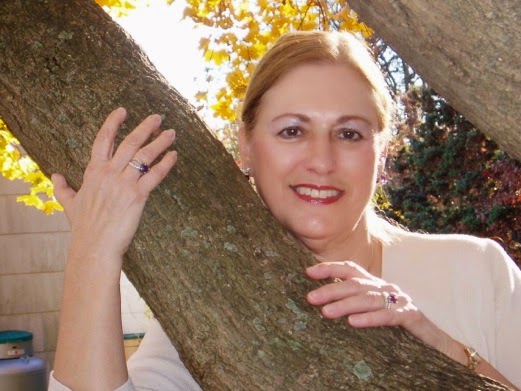 Wrong. Jeremy received its measure of acclaim. The book was a nominee for six state awards, which is an honor for kids’ books. I went on to publish more novels for young readers, but months if not years passed between sales. Sure, No Boys Allowed remained in print for over eighteen years and was published in Dutch and Swedish. But what about my other projects that weren’t taken? Yes, Rufus and Magic Run Amok was a Children’s Choice and loved by all who read it. But the publishers weren’t interested in the two sequels I’d outlined and was ready to write.

And so it went. A good friend suggested I write a romantic suspense. I wrote one, oblivious of the rules and regulations governing the genre. And then I had the urge to write a mystery. I’d been reading mysteries since I’d learned my letters. I loved the idea of puzzles and small towns where everyone thinks they know everyone else. Since I’d already written about a witch, I decided to write about a ghost. A bad-boy of a ghost who nags the young woman who moves into his family cottage until she agrees to find out who murdered him. I wrote Giving Up the Ghost and tried to find an agent to sell it. I was told I had no hook.

“Is my book paranormal?”

Puzzled, I put the manuscript aside and wrote another romantic suspense. And then I wrote another mystery. This time my sleuth was a newly-retired woman who moves to an upscale over-55 community. Again I was told I didn’t have a hook. But by this time, there were many avenues open to publication. I sent A Murderer Among Us to an e-publisher, and voila! It was published.

I was just as excited when Suspense Magazine awarded it a Best Indie. I decided to publish the sequel, Murder in the Air, myself. I learned about social media. I guest blogged. I joined Facebook and Pinterest. I tweeted. I left comments on other writers’ blogs. Soon I was doing more nonfiction writing than attending to my work in progress.

Savvier now, I put up a few of my out-of-print children’s books on Amazon. Another e-publisher brought out a mystery and a romantic suspense. My books received very good reviews, but sales were never terrific.

When I started my next mystery, I was determined to include a hook that the powers that buy would approve of. I decided to make my sleuth an English professor who leads a Golden Age of Mystery book club. As soon as I started writing, I forgot about my hook and concentrated on my characters as usual. I loved the idea of writing a mystery with certain parallels to Christie’s novels. One in which my characters reveal a good deal about themselves via discussions of her mysteries.

Murder a la Christie was a finalist in the Malice Domestic contest the year no winner was declared. I was thrilled. Surely, now my book would sell big time. An agent took it on, but none of the big houses was interested. Some of the smaller houses weren’t, either. Then L&L Dreamspell offered to publish it. I was glad because I wanted this book to come out in paper and as an e-book.

The book was edited and only lacked a cover, when I received the news that Dreamspell was closing because of the death of one of the publishers. I sent Murder a la Christie to Oak Tree Press, and they took it! Wonderful! They wanted reviews. I put out a request on Facebook, and many of my fellow mystery writers and reviewers offered to read my novel and review it! The reviews started to come in--wonderful, enthusiastic endorsements expressing how much they enjoyed reading my book.

Murder a la Christie has been out for a month now, and it’s received more wonderful acclaim. “When’s the sequel coming out?” I’m asked. I’ve promised a few reviewers they can preview the sequel, Murder the Tey Way. Last week I had a successful book launch in a popular indie bookstore, my very first book launch. I’m very happy about the attention my book is getting. Still, being of the inquiring mind, I wonder why this is happening.

Why is this book different from my other books?

I did my best to create a fun, yet thoughtful, read. But I made the same efforts with my other novels.

Is this book “better?” More interesting? More complex? I don’t think so.

Is it because readers are drawn to the discussions about some Christie novels?

Any one or all of these reasons might be why this book has made an impact on readers. Or perhaps all the promoting and social networking I’ve been doing have finally taken effect. I wish I knew how to measure the success of a blog tour, or of any other aspect of marketing. I suspect the fact that I’m constantly at work, offering my books to the public, is a factor. When it comes right down to it, I’m simply glad that readers are enjoying Murder a la Christie, and I hope they will seek out my other books. In the meantime, I’ll keep on writing.

Thanks for joining us today. Once again your story illustrates why writers need persistence.

Marilyn, I've read three of your books. I loved your ghost book! I've written short stories in which the main character was a child. For some reason, everyone assumes that when the main character is a child, the book must therefore be "YA," which I don't think is true. I remember details of your book even now, and I think I read the book over a year ago. Bravo for your fine writing. Keep them coming, and write another ghost book!

Welcome to WWK, Marilyn. I'm looking forward to buying your latest book at Malice so I can get it signed. Will your other books be there, too?

Alan Bradley's Flavia de Luce mysteries have a 11 year old girl as the protagonist, and they are not YA.

What a wonderful story of persistence. And a look at what has changed in the publishing world. Thank you for sharing your story with us.

Welcome to WWK, Marilyn. Your story is yet another testament to persistence. I look forward to reading your book.

Marilyn, your Christie books sounds wonderful - I will have to check it out. Thank you for sharing your story today.

Quality does not equate to sales in writing. Every publisher takes a leap of faith when she or he accepts a manuscript from a writer, even from a writer who has the props that you do. I agree with the several comments about persistence. If your manuscript is not out there the magic cannot happen.

Hello, Everyone.
Sorry to be responding to your comments so late, but I was away visiting my granddaughter.
E. B. I'm delighted you liked Giving Up the Ghost so much. I really must write a sequel.
Gloria, I'll see you at Malice and will be happy to sign Murder a la Christie for you. That's the only book I'll be bringing, as my other mysteries are all ebooks and not out in paper..
KM,
Thanks for your kind words.
And for yours, Linda. I hope you'll enjoy reading Murder a la Christie.
Shari, thank you for reading my story .
Warren, I think we writers must be persistent to get recognition. After all, there are so many of us out there.
And Jim--thanks for having me as your guest on Writers Who Kill. I hope to see you at Malice.