THE IRISH IN ME 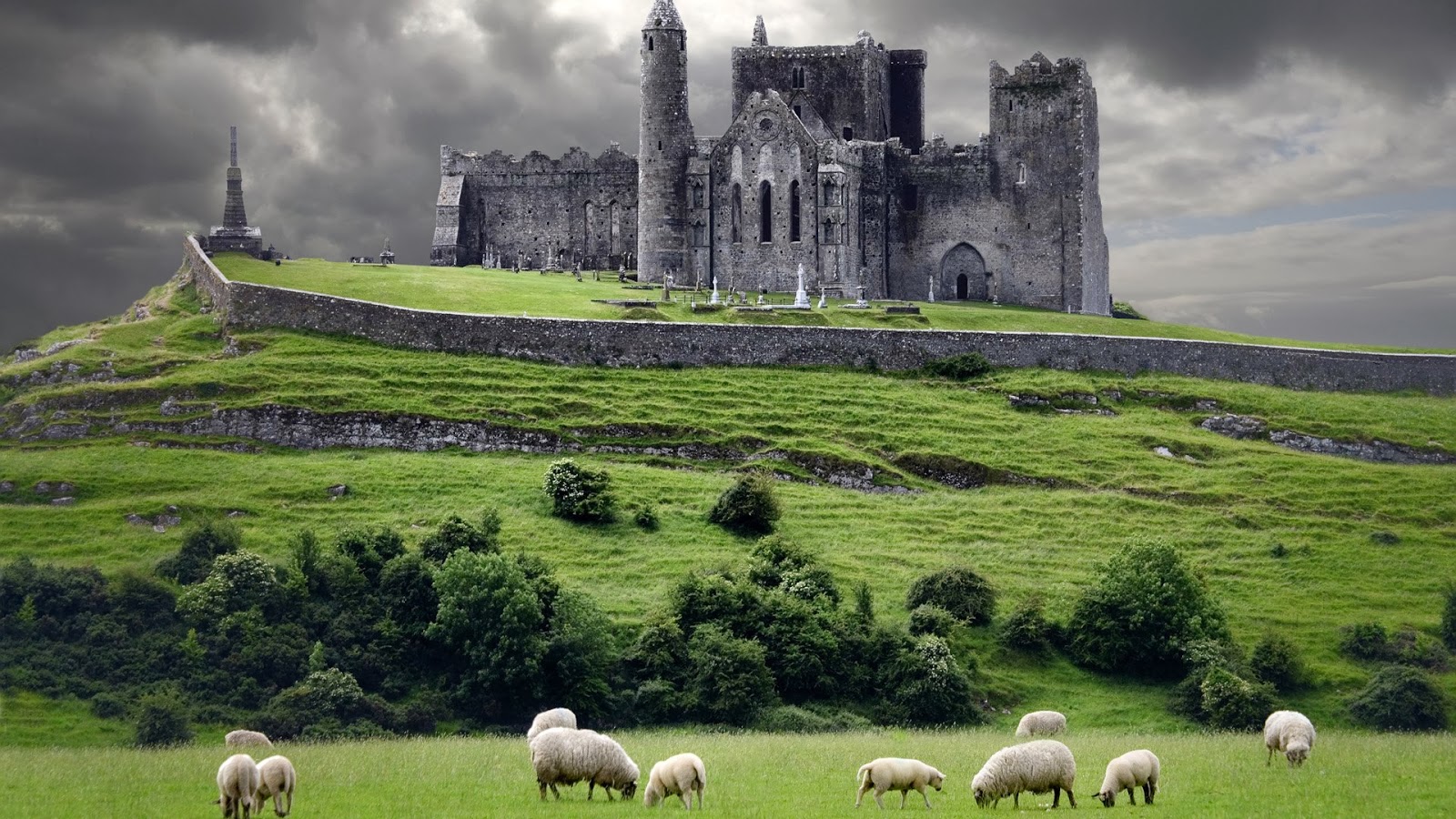 In a few days it will be St. Patrick’s Day. Stores have displayed St. Patrick’s Day cards and decorations for weeks. When I was teaching almost everyone wore green for St. Patrick’s Day even if they had no Irish in their ancestry. The Wearing of the Green seems to be more prevalent than the clothes worn for any holiday other than Christmas. For instance, how many people wear anything relating to Pilgrims or turkeys? How does one decorate or dress for Labor Day? Of course, many go all out for Halloween, too.

I love all things Irish. It could be the Irish in my ancestry, although granted it’s only a tiny smidgen. I’m half Slovak from my father’s side of the family, although that’s even debatable. When one of my sisters was working on our genealogy on that side of the family, she discovered we could be only one-fourth Slovak and one-fourth Polish instead. Now I have nothing against the Polish. In fact, they’ve probably contributed more to our culture in music and other areas than the Slovaks. However, since the boundaries between Poland and Czechoslovakia over the years, changed often, it’s hard to say what I am. Since I’ve always thought of myself as half Slovak, I’ll stay with that thought. 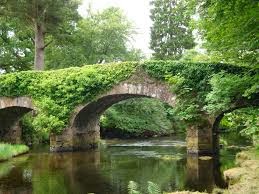 I only visited Ireland once for a few days as part of a tour of Great Britain some years back. What I remember most vividly is its incredible greenness unlike any place else. It was fun kissing the Blarney Stone. We had a feast in a castle where I sat at the head table wearing a crown, a red velvet robe trimmed in white fur beside a man in our group also attired the same way since we were both celebrating birthdays that week. Granted he turned away from me throughout most of the meal because he was married and his wife wasn’t at our head table and didn’t want it to look like we were a couple, I guess. I want to go back there some day for a longer visit. The only thing I would not repeat would be drinking Irish coffee, which I did when our tour bus stopped at a pub one morning for a mid-morning snack and to listen to a local Irish group playing Celtic music.

I enjoy books with Irish characters, especially with Irish immigrants like Rhys Bowen’s Molly Murphy mystery series and other books that are not mysteries, too. Although my musical tastes are eclectic, most of all what I love about the Irish is their music. I love Celtic music, and I am so fortunate to live in an area where folk music is often available live and on the radio. One of the venues where I see the most Celtic bands is in Cuyahoga Valley National Park in a large rustic building built by the CCC in the 1930s. Many of the boys and men who built it were Irish immigrants. Today it’s called Happy Days Lodge and seats a little under three hundred people when a concert is completely sold out.  The Friends of the Cuyahoga Valley (which I belong to) pay for and sponsor many events in the park including the folk concerts. The ranger in charge of getting the bands that play there finds good bands from all over our country and often from other countries as well. Because of the heritage of the Cuyahoga Valley, a lot of these concerts are Celtic concerts. Those are always sold out in advance. Already this year two of the concerts I’ve attended were Celtic bands and so was another right before Christmas. The bands or singers that come are eclectic. They can be Creole, blues, singer/songwriters and other styles of mostly folk. Bluegrass is popular there, too. It has its roots in the southern Appalachian Mountains where many Scotch/Irish settlers made their home.

A few weeks ago my friends and I went to a Solas concert at Happy Days Lodge. It was sold out in advance, but luckily we got front row seats. We get there early so when the doors open, we can pick up our tickets and sit as close to the front as possible. This past Friday evening we attended a Celtic concert with a returning band, Runa. Not only was their music enjoyable, but two members entertained us with some lively Irish step-dancing.  It was another great concert even though I had to settle for a seat in the second row.

Happy St. Patrick’s Day to all of you, and may the luck of the Irish be with each and every one of you this month.

What do you enjoy about St. Patrick’s Day?

What kind of music do you enjoy most?

I'm a "mutt" too. Scottish and French on my father's side, and Irish and German on my mother's.


I love Celtic music and I make a really mean Shepherd's Pie, too. Oh, and I love Guinness. Can't forget the Guinness.

I also love Oktoberfest, but that's six months away...

I seem to change with the holiday, lol. Being a mutt, I can do that.

Joyce, there is an advantage in being a mutt, isn't there. I love traditional Slovak food, and I love British mysteries in books and on PBS. I haven't made Shepherd's pie, but I did see a recipe for it the other day so I may do it soon. Thanks for stopping by.

My musical tastes are eclectic and include Irish jigs and folk songs. After working in New York City at 44th & 5th, close to the St. Paddy's Day parade end, I stay out of all things St. Patrick’s as dodging puking kids is not my idea of a good time.

The second largest St. Patrick’s parade on the East Coast is in Savannah. I’ll be on a train this year. Fortunately in our own room.

In Kanas City, which had a lot of Irish immigration, we claim to have had the first St. Patrick's Day parade, which ended in front of an Irish bar. We also have a
"snake parade," which is an anti-establishment parade. It can get wild. I too, love Celtic music.

Jim, I listen to quite a variety of music in the evenings when I'm reading - yes, I can do both. :-) Last night it was Boys of the Lough and then Paul Robeson. The other day I listened to Yo-Yo Ma and Bobby McFerrin in concert together. I also like to listen to Beethoven and other classical music, too.

Warren, that's interesting. I've never been to a St. Patrick's Day parade. The only one's around here are the Veteran's Day parades and the Halloween parade.

Being Irish is just fun, isn't it? I claim it, too. My German ancestors were mixed with Scots-Irish by the time they got here, but I still say I'm Irish.

I'm also half of a Polish/Austrian mixture and half Swedish. I grew up in Chicago, surrounded by Irish neighbors. St. Patrick's Day meant wonderful parades and festivities. I desperately wanted to be Irish too and kept doing my version of step dancing around the house hoping my parents were wrong and that I really possessed an Irish gene or two. My love for Celtic music must come from somewhere right?

I still do my own weird step dance version - it's terrific for working off writer's butt! Thanks for the fun post.

I'm not Irish, Gloria, but I have Irish friends and enjoy celebrating with them. A friend of mine has everyone to dinner, corn beef, cabbage, Irish soda bread, etc. Once a year, I really enjoy hearing the Irish songs. Otherwise, I steer clear of too much "ethnic" music. Not to my daily taste, but once a year--it's great.

I'm English and Scottish, but not Irish (as far as I know). But I love St. Patty's Day. Mostly because I sort of think of it as the unofficial start of spring!

The books you mention are charming and fun, but Angela's Ashes seems more real to me. Nothing in that book was surprising and seemed pretty common place for the Irish that lived around our Slavic neighborhood. I knew Irish kids who wore the orange on St Paddy's day. And all the celebrations were nothing but drunken brawls.
And you do know, I hope, that Irish women had more civil rights prior to the seventh century than any other women up until the 1960s American Women.
Maybe if it were St Patricia's Day. :)

Your visit to Ireland sounds fun, Gloria. Was it difficult to kiss the Blarney Stone? I heard that you have to bend backwards to reach it.

I'll celebrate St. Patrick's Day by cooking corn beef, cabbage, potatoes and carrots in a crock pot with a splash of gin. It's an easy and tasty meal to make.

Hi Gloria -
St Patrick's Day was always the day that Lucky the Leprechaun would visit my children - they'd follow his little green footprints to a little stash of treasure/treats. Such fun to think of!
My husband's family is Irish. I do wish I celebrated more, but I just can't get excited about corned beef and cabbage. Step dancing and Guinness, maybe!

Kaye, yes it is. Even though I'm only a smidgen Irish, my children have a lot more Irish and English in them.

Cindy, when I was in my 50s, I talked a friend into taking clogging lessons with me. It was fun, but I haven't done that in years except sometimes when a certain song has me doing it, but only in the privacy of my home.

E.B. I actually don't go anywhere on St. Patrick's Day to celebrate. Whatever is going on around here would be in some bars and there are no parades around here celebrating that day.

Sarah, I think of it that way, too. I'm hoping when it actually arrives in a few days, our snow will finally be gone.

Pat, Angela's Ashes was a very depressing book, but very powerful. There is a depressing side to the Irish, too, and many of their songs reflect that if you listen closely to the words. I had heard that about the Irish women, but I'd forgotten that.

Kara, it was difficult to kiss the Blarney Stone. You have to lean down backwards over the wall while a guide holds your legs to keep you from plunging far, far down the side of the castle wall. Give me the directions to your house. I'm coming for dinner. :-)

Shari, what a charming and fun thing for you to do. I think a Leprechaun is more believable than some big rabbit bringing Easter eggs. As for Guinness, I'll pass on that. I like wine, but never liked the smell of beer.

I've always been very aware of my ancestry, although it's mixed with others. My grandfather was a Molly Maguire in the coal mines, and my aunts tell about the trouble they had finding jobs. A lot of places had signs that said, "No Irish Need Apply." One of my uncles married an Orange woman, and there was much discussion about whether she could be trusted.

At one point in history, there was debate about whether the Irish were truly human (similar to the debates about whether Native Americans and Africans were truly human) The story of the English occupation of Ireland and the potato famine is a tragic one, and much Irish literature and song celebrates martyrdom. The Irish who emigrated to the US often did well, unlike those who went to Barbados, mostly as slaves. But one interesting outcome of that is that Voodoo's Baron Samedi's wife, Maman Brigite, is Irish.

Very interesting, KM. I knew some of the history you mentioned, but not all like the Irish who went to Barbados.

My friend likes to download music and listen to ringtones on the phone.