Welcome to Mysteries to Die For by K.M. Rockwood

For my blog this month, I have invited TG Wolff to tell us about her podcast project, Mysteries to Die For. Her most recent season included one of my stories, “Best Friend.”

Hello, Writers Who Kill readers. I am TG Wolff, half of the brain power behind the storytelling podcast Mysteries to Die For.

Ours is a podcast that combines mysteries with original music, because it’s just fun. We (my son Jack and I) had no idea when we started the project how it would morph, almost of its own accord. Back in 2019, Down & Out Books published the first in my Diamond series, Widow’s Run. This fast-paced mystery was influenced by the storytelling style of Rick Riordan and his young adult Percy Jackson series. I was scheduled to do an author reading at Centuries & Sleuths bookstore in Chicagoland. Looking for something more interesting to do than just reading, Jack helped me by playing around with bass lines on the piano. He developed a smart, cocky musical line that fit perfectly with my lead character, Diamond. And so our first performance was live, unfiltered, unaltered. 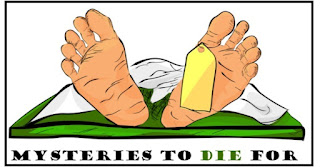 Empowered by a small but enthusiastic audience, we decided to start a podcast and perform each chapter of the book as an episode. A lot of things went right – the chapter lengths were solid and the storytelling in line with the new format. Somethings didn’t work out as well as we hoped – we had too many bass lines and I can’t do an accent to save my life. We had to buy recording equipment and software and learn how to mic me, Jack, and his piano. Looking back, it was good we didn’t know how much we didn’t know!

Still, we had fun making podcasts.

When we decided to keep going, the next Diamond book wasn’t out yet, so we needed a new idea. For Season 2, we went back to the beginning, to the stories that pre-dated mystery being a genre.  From these groundbreaking cases, we developed adaptations. In most cases, we were taking a full-length book and creating a short story that would be recorded in less than one hour. I love trying to solve mysteries and so wove that into our style. We created a pause ahead of the reveal where Jack could guess who did it. Developing the content, I unexpectedly got homeschooled in the emergence of the mystery genre, researching early stories and authors, reading things I never would have read – like The Moonstone by Wilkie Collins (1868). Sometimes there would be this feeling of “this again”, which would be followed by a sense of awe that, no, this was the first. Take Edgar Allan Poe’s detective Dupin in Murder in the Rue Morgue (1841) (adapted as “The Thinking Man”). Dupin is very much Sherlock Holmes-like BUT he pre-dated Holmes by forty years.

Season 3 focused on the emergence of the detective. I got schooled again on the way fiction follows real life. The earliest stories did not have detectives per se because detectives did not exist. Police department and investigators were just beginning to be formed in the mid-to-late 1800s. Many of the mysteries written in this time were truly contemporary and so a glimpse into modern life. One of the best examples of this is The Red Thumb Mark by R. Austin Freeman (1907) (adapted as “Thornton & the Red Thumb Mark”). This story was written as and using the emerging technology of fingerprinting and photography.

With Season 4, we again went another direction, inviting authors to write fresh mysteries for the podcast. The theme of A Word Before Dying pays tribute to that mystery trope of, well, the last word said before the victim dies. Agatha Christie’s first Hercule Poirot case, The Mysterious Affair at Styles (1920), is an excellent example. Mrs. Alfred Inglethorpe is in the violent throes of death by poison. 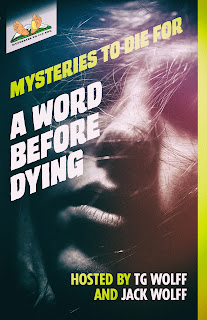 Her final word was “Alfred.” But was she calling out to her husband or accusing him. (Listen to Season 3 Poirot and the Affair at Styles, our adaptation, to find out).

KM Rockwood took up the challenge with eight other authors. The final words included nuts, Hiawatha, el melena, sue her, in vino veritas, ghost, bad luck, shadow, and best friend. Nine very different stories, all designed to be solved. KM Rockwood contributed “Best Friend,” by far one of the hardest hitters of the season in which a developmentally handicapped woman is hit by a truck and killed. Each of the stories gave me and Jack something new to dive into. Allergies, Native American leaders, Coronado’s quest for the golden city, pretty but deadly poisons, and abuse of kids in the public system. These new stories provide no less of a snapshot of today’s life than those written in the 1800s and early 1900s.

Never one to let the moss grow under our feet, Jack and I have released this season’s stories as an anthology. I am very proud that A Word Before Dying, published by Mysteries To Die For, is formatted for puzzle lovers. After the main body of the story, we have incorporated a deliberation section that includes a list of suspects and summary of the clues. This creates the space to register who you think did the deed before the big reveal. I’ve never seen a book formatted like this and want to give a credit to Jaye Manus for bringing my vision to paper. 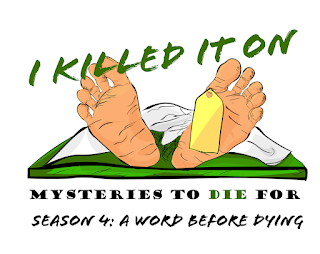 We are already looking ahead to future seasons. Season 5 is called Move It or Lose It and will be dedicated to the vehicles that move mysteries forward. The season will start dropping in January 2023. We have ideas in the works for more seasons, all for those of us who love mysteries to die for.

Mysteries to Die For is a free podcast, available on all podcasting services including Apple Podcast, Google Play, and Spotify. Or you can listen direct from my website tgwolff.com/podcast.

Listen to “Best Friend” at https://tgwolffcom.wordpress.com/2022/09/01/best-friend-or-best-fiend/   Go to the blue box and click on the arrow in the right corner.

I love how your idea progressed as you got more experience. Keep them coming.

It's a fun project, and I'm so pleased to have been included.

You never know how an idea will take root. This thing my son and I started for fun has turned into another to play in the mystery genre. We loved having KM as part of Season 4 and look forward to her story in our next season MOVE IT OR LOSE IT.