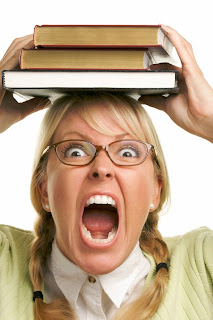 Mark Twain attributed to Benjamin Disraeli the quote that “there are three kinds of lies: lies, damned lies, and statistics.” I would add “redaction” to that list. By redaction, I mean intentionally not mentioning all the facts when framing an issue or convincing someone of a point.

Perhaps you recently read or heard a lede about the Patmos Library like this one from mlive.com[i] that “Voters in a fast-growing West Michigan township on Tuesday defunded their public library amid a campaign against LGBTQ materials on the shelves.”

Maybe you also heard that a GoFundMe campaign to “save the Patmos Library” raised $250,000 (a year’s budget), of which novelist Nora Roberts donated $50,000 (the maximum allowed under GoFundMe rules).[ii]

The articles and hoopla implied the reason voters of Jackson Township voted down the library funding was because a group campaigned against the millage because the library refused to ban LGBTQ books, which the library board says they will not do.

Fox news also focused on the charges by those who wanted to forbid the LGBTQ books,[iii] making sure to include descriptions of some books the group objected to.

What got one line and no commentary in the MLive article and no mention in other articles I read was this: “(the vote) would’ve renewed and increased the millage of 0.4186 mills to 0.60 mills through 2032.”

Credit to the MLive article for including the millage-increase fact. However, it and every other article ignored the tax increase in its discussion. Every article I found framed the issue as a battle between banning books and suppressing ideas (if you think we should not ban books) or allowing children access to pornographic/sinful material (if you are against such access). Factors such as the proposed 43.33% millage increase that may have had an equal or greater effect on the vote received no analysis. For example, was turnout higher or lower than normal for the town and what are the implications of that?

I support my local schools and almost always vote to approve whatever they request. At least once I (and a majority of my fellow voters) voted against a proposed school bond issue that covered necessary projects plus others I considered unnecessary bloat. The school board reflected on the rejection, modified their proposal, and at the next election the voters (including me) overwhelmingly approved their second try.

Now, please imagine your reaction if the headline instead had been Jackson County voters reject 43.33% increase in taxes for library. Do you think people from outside the township would have rushed to fund the library?

This is one recent example of selective reporting. My impression is that it is now standard practice in the United States of 2022 to ignore facts that do not support our beliefs. Ignoring the 43.33% increase “benefited” both sides of the “ban books” argument. Book ban proponents claimed their issue had overwhelmingly won the day, garnering 62.5% of the vote, almost twice as many as the 37.5% who voted with the library board.

By conceding that those who wished to ban books at the cost of all library services had won, the library board avoided (at least publicly) addressing whether they had successfully explained why they needed a 43.33% increase in funds. The media won as well. Without the outrage over defunding a public library (or thumping chests of book-banners in victory) the stories would have attracted very few eyeballs.

To attract readers, media redacts boring facts and cherry-picks those to include. This is not a recent trend. (Remember reading in high school about the “Yellow Journalism” of the late nineteenth century?). It’s much slicker now. Years ago, the Atlantic published an article on the subject, “The story behind the story,[iv]” which I commend to your reading.

Jim, I sense you asking, why do you care?

I don’t want others to manipulate you or me. Here is my ask: before you repost on Social Media that article that either appeals to or is an outrage against your beliefs, ask yourself if it contains the whole story. If not, it’s likely someone wants you to be a pawn in their larger game.

[iv] The Story Behind the Story - The Atlantic

I agree that we need to look more carefully into news stories that punch our buttons, Jim. I love Snopes.com for that reason. Not every story ends up there, though.

There's a lot left out of the reports from Patmos, making it tough to look from the outside in and get the full picture. That's true even for the people voting on the millage in Patmos.

Seeing that there's going to be a 43% increase sounds outrageous and spendthrift. But there might be information missing. For instance, when did the library last get an increase? Two years ago? Five? Twenty-five? How much does that 43% increase add to someone's bill? A quarter cent per $1,000? A half? More? Less? So much that people can't possibly pay it?

Are people seeing the 43% and using it as the last straw? Latching on to that figure, without explaining it, to create more ill will and a reason to say no to the library? We don't know.

Finding as much information as we can, and reading it or listening to it, before we react is vital. Libraries are good places for finding information. It's gratifying the so many people leapt to the aid of the Patmos library. It's too bad they and we still don't know the whole story.

The Cincinnati/Hamilton County library system is evaluating their buildings all over the county, scheduling needed renovations and unfortunately, closures. Strip mall store front libraries are very popular (lots of parking, wide sidewalks, handicapped access, on bus lines). But what about our little branch library? Tough call, and economies of scale will prevail.

You make some good points, Jim, and I'm sorry to say that most people don't approach their news consumption with the care and healthy skepticism you (and I) do. I worked for a newspaper back in the day, and I still remember my publisher handing back a news story I'd written. "Good job," she said, "now take yourself out of it." And thus I learned the difference between an editorial and a news story. With the pressure on news organizations to survive in the sea of indifference, paranoia, social media noise, outright manipulations by shady actors, and their own sometimes poor performance, I fear for the future of our democracy.

We seem to have lost much of our capacity to compromise, in reporting on facts and making decisions.

As long as most people maintain a "my way or the highway" mentality, and present information only in a way that supports their view, we will continue to have such extremes. Thoughtful consumption of news would go a long way toward blunting the extremes.

@Molly -- thanks for expanding on my point that without much more information than we were provided, we are provided with very little understanding of the situation and our impressions may be completely inaccurate.

@Margaret -- The Hamilton County Library system was great. Loved both the Clifton branch and the Main branch downtown.

@KM -- Compromise for many is a cuss word.