Remember the annoying joke we told each other as kids about Pete and his brother, Repeat? We thought we were so clever, repeating it over and over until the listener wanted to punch us in the throat? Repeating things as a writer can be just as annoying as that joke.

I recently did a Writer Chat on Zoom, and one of my host’s questions was “what is the word you find yourself using too much when you’re writing?” It was a timely question, as just the night before I was working on editing my manuscript. I had done a search for the word mom to make sure the character was referring to her mother the way she had in the first book and found many more uses of it than I had expected. I realized very quickly that the vast majority of the mom was the word moment, so I put that word in the search function instead…and found I had 97 uses of moment. My characters were staring, holding their breath, closing their eyes, pausing…all for a moment. That was a lot of moments. 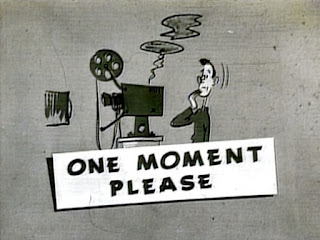 So naturally, I began to wonder what words other writers find they overuse. I asked both a random selection of WWK writers, writers in my agency, and other friends, to see what they overuse. The most common appear to be: just, very, so, a bit, always, really, that, of course, apparently. Nicole Leiren cleverly showed me some of her most overused words by saying: “It’s just that decidedly I think that there just aren’t that many for me.”

Like myself, Adam Meyer also overuses just, saying he has found it used multiple times in one paragraph. I can beat that though, having used it multiple times in one sentence. I impressed myself with that one and wish I had saved it for prosperity. (It was something along the lines of “I just thought if I just did that, it would just go away.” Wow!)

A lot of over used words are actions, like shrugging, smiling, gazing, and nodding. I myself found that one of my characters tapped her lip so much it was probably black and blue! My characters also stare and steer each other around way more than is polite to do so. Korina Moss said she finally got her characters to “stop nodding like bobbleheads,” while Kait Carson said her characters “reach so often in the first draft I might as well be writing about octopi.”

It seems eye movements are big. Sarah Burr’s characters “roll their eyes” (as well as the non-eye actions of nodding, chuckling, and snorting) and Leah Dobrinksa said her characters “are always arching their eyebrows and sliding into their seats. Just sit down guys, and keep your face neutral, for the love.” In the same vein, Lori Robert Herbst said, "my editor told me once if my main character raised her eyebrow one more time, she was going to shave them off."

In the rather odd word overuse category, KM Rockwood told me she once had a story where everything was swirling, using it fifteen times in a short story! Leah Dobrinksa said she once managed to use ruefully a ridiculous number of times, and Martha Reed said she once overused silhouette. Korina Moss said her character was plucking things instead of just picking them up as well as heading places and hopping in and out of cars. Molly MaRae told me three of her overused words were “and, but, aroma therapy.” No judgments from me, Molly. (I imagine her to smell really good now.)

As for solutions, several people shared their “hit list” of words they use the search function in Word to find and destroy. Molly MacRae said her list has 151 words. Donna Andrews told me her hit list is developed by reading comments and blogs by readers who get annoyed by the use of some words, so she has a long list now. She said once her draft is finished, she finds all the words on the hit list and makes each “justify their existence.” She reminded me that “just zapping all the overused words isn’t the answer. Use them when you need them!” And I couldn’t agree more.

Of course, editors can make a difference in word usage too. One editor told me to take out all uses of said, while the next told me to put it back in. These same particular editors also disagreed with the use of that, the second one saying if it sounded right, then perhaps it is okay. Everything in moderation, and make the words work for the story. I have a long list of words I check for overuse. Many past issues (nodding, shrugging) are no longer problems, but with each novel I fall into new pet action that surprises me when I discover it.

Love this! I have a list of 50, but from there it varies with the story. Cozy characters overdo different things than traditional characters, and romance characters? Don’t get me started!

Jim, I know exactly what you mean!

So funny. So true.

Ha! This is a great post, Rose. Aroma therapy is on my list of words to avoid not because I use it too often in any given story, but because I used it once in two different stories and didn't want it to become a trend. I did have fun with it those two times, though.