Free Advice for Writers: A blog by Warren Bull 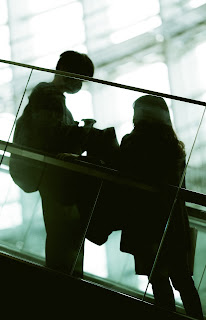 Image by Lute on Unsplash

Free Advice for Writers: A blog by Warren Bull

My free advice, which is worth every penny it costs, is as follows:

Exclamation marks can easily be over-used! Really!! They can!!! A writer cannot indicate emotion by punctuation. When I read a work with excessive exclamation marks, I hear shouting in my head. To avoid a headache, I quickly stop reading.

Don’t make a character “interesting” by giving them a quirk. I once read an early draft that included a character who popped gum into her mouth….every other page. Her speech would quickly have become impossible to understand shortly before she choked to death.

Start the story with the main character or at least a major character. It helps the reader focus.

Try to make the protagonist or the villain the most interesting character. There was an attempt to revive the television show Maverick with the character’s nephew carrying on the family tradition. Actor James Garner as Maverick was shown riding with his nephew. When he rode one way his nephew rode another way. The show floundered as soon as the original Maverick disappeared from the screen.

Do not put someone else’s words on the page. Author Jumi Bello’s first novel was well on the way to publication when she admitted she had plagiarized much of the book. She then wrote an essay that told about her history of struggling with mental illness and how she felt pressured by preparing her work for publication. In the essay, the author said she had never been pregnant and she looked for depictions of pregnancy online to improve her description.

Soon after the essay was published, other writers noted the similarities between what she wrote and what others had written. The publisher removed the essay.

Jonathan Baily noted the essay “included poor paraphrasing without attribution of an article that I wrote over a decade ago. The way you avoid plagiarism isn’t to ‘change the language’ but to never have that language in your original work in the first place.”

Find a beta reader or a critique group that critiques. You may have to try them out to see if you fit in the group. I advise looking for a group that includes published writers, otherwise, you’ll be sharing ignorance. That is not a slam. We are all ignorant. I was lucky enough to find a group that accepted me before I had published anything; before I knew what I was doing. Criticism of your work is not criticism of you personally. And writers tend to use colorful language. I know it hurts to have your “baby” “red-penciled,” but that is how you learn what needs to be improved.

Finally, hang in there anyway.

I like characters with quirks -- provided the quirk doesn't appear every third second.