Prior to the start of FBI Citizens Academy, I was required to have a background check and be fingerprinted at the Pittsburgh FBI Headquarters. I looked forward to the process for a couple of reasons. First, it gave me a chance to figure out how to get there before the first class, which was good since I made a couple wrong turns. Second, I’ve never been fingerprinted before and—you know—RESEARCH. 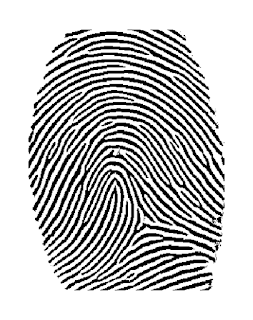 I pulled into one of only a few visitor’s parking spaces and was immediately met by a security guard who checked my ID and asked if I had any firearms or explosives. Uh. No. I was told to leave all electronics in my car. No cell phone. Not even my Fitbit. Sadly, this also means I’ll be taking no photos of the classes. I understand the need for security but clearly need to brush up on my sketching skills if I have any hope of remembering stuff. Next, he brought out what looked like a very large dental mirror and scanned the undercarriage of my car as I eagerly watched, pondering how I can use this in a future book.

From there I was directed into the authorized parking area. Entering the building meant going through another security checkpoint. Metal detector. X-ray for my purse. Another check of my ID.

Finally, I was whisked back to a room where I would have my fingerprints scanned into a computer. Sounds easy enough. Would only take a couple minutes, I was told. Except the computer kept flunking my fingers. I was told this wasn’t unusual. However, an hour, two fingerprint techs, and a second computer, which also failed me, later, I got the idea I was a real problem child. The poor techs apologized to me. I apologized to them on behalf of my wonky fingerprints. But we finally managed to get enough fingers passed on each hand for the computer to accept the report.

If there was a “fun” part, it was this: they let me fingerprint myself. After an hour, I’d think I was getting pretty good at it, except for all the big red FAILs on the screen. In fairness to me, the tech had no better luck than I.

What did I learn? They no longer ink fingers. And if they do, the computer isn’t any more likely to accept the prints. (I would have suffered messy fingers if they’d said it would be more successful). Also, dry skin doesn’t scan well. They have a certain type of hand lotion (Jergens) that (usually) works well. But then they had to wipe the smears off the glass scanning plate. There’s something called ridge raiser wipes, but they seemed to be out of those. I was told makeup powder sometimes helps, but I don’t carry it with me. Oops. My bad.

The academy begins in one week. Check back with me here in TWO weeks for my next update.

But no pictures. Darn.

Have you ever been fingerprinted? If so, did they use ink or do the electronic scan?
Posted by Annette at 12:00 AM

My husband and I were fingerprinted electronically for Global Entry. I quizzed the CBP agent why handling large amounts of paper degrades fingerprints. He didn't know. I always get through and my husband always fails the fingerprint scan at the airport.

The tech attempting to do mine blamed long-term use of household chemicals is a factor in why many women's fingerprints disappear.

I do know the fingerprint thing on my phone won't work for me either.

Exciting! I had to be fingerprinted many years ago for clearances because I taught CCD at my church (background check to make sure I wasn't a child molester). It was so long ago they used ink. I don't remember having any particular problems, but the ink stayed on my hands for days.

Never had a problem with the fingerprint scanner on my old phone, either. Maybe I don't handle enough chemicals?

I was fingerprinted at WPA but it was the old-fashioned ink method. Interstingly, the instructor told me not to watch and to let him roll my fingers. Apparently this results in a better print. Sadly, only one of my fingers had an interesting pattern. In our class they showed the set of prints of an officer who a different pattern on each finger!

Liz, you still have young hands. I have to wonder if all the barn work I've done contributes to my worn out prints.

Interesting comment about household chemicals perhaps being to blame for tough-to-read fingerprints. Mine never scan, nor work on phones - I'll blame the lysol!
I wonder why handling paper is a factor? Hmmm. This is so interesting, Annette. I can't wait for your next installment.

Shari, they kept apologizing to me for it taking so long, and I was absolutely fascinated by it all!

I'm so excited for Wednesday evening, I can hardly stand it!

I had my fingerprints taken when I joined the Navy many years ago and again when I became a Federal employee. The strange thing is my birth certificate has my footprints on it.

I had my prints inked in the 1970s when I was bonded to work for a jewelry company and again in the late 1990s when I did search and rescue dive training with a local police department. When I got my concealed weapons permit a few years ago I went to the local PD where they inked me and then told me I had to go to the Courthouse to complete the application process electronically. The Courthouse had received the new electronic fingerprint machines and they offered to take my prints electronically so the entire package could be submitted electronically rather than by mail. I jumped at the chance. When the fails began coming back I was sorry they had shredded the print card. It took a while but they finally got a set after using multiple types of moisturizer. Women work too hard. My husband has no problem.

Kait, my tech said the same thing about women working hard and men rarely having problems being printed!

Grace, baby footprints here too. I guess baby fingers are too tiny.

I love this, Annette! I was fingerprinted and was fascinated by the computer process. Mine took a while, too. Have an awesome time at the academy.

Thanks, Edith! I'm sure I will!

My first set of fingerprints came as part of getting Fingerprint Merit Badge as a scout! I had to have prints taken (ink back then) before I could take the NASD brokerage licensing exams. More recently, I've had electronic prints taken at airports as part of customs/immigration stops in several countries.

Never had any issues -- guess I haven't cleaned well enough or frequently enough to degrade my fingers.

I was fingerprinted in the '70s, messy ink, of course.
We had a fingerprint scanner for the time clock at the Y, and it didn't work well for those "of a certain age" or for fingers wrinkled by being in the pool. A supermarket used a fingerprint i.d. system for check writers for a while but took it away because of the same issues. I can understand paper drying and abrading the fingers.
Interesting work you're doing there. Perhaps you can restage photos at home . . . ? You will be gathering so much data.
The mirror under the car is cool. Once an insurance claims person wanted me to bring in my repaired car for verification. I didn't want to make the drive. "Why is this necessary? Do you have some reason to think this dealer isn't actually making the repairs?" Then he asked for a photo . . . damage was under the car, something on the road broke the oil pan. I didn't care to crawl under the car, so I called my agent's office and they took care of the overzealous claims person. Maybe I needed a camera with that mirror. ;-)

Mary, I'm going to ask about bringing a plain old camera (no BlueTooth) to class and only using it with permission. Re-staging at home would be tough since I don't have the "toys" they do. But I must comply with whatever they tell me. The last thing I want is to be kicked out!

I've been fingerprinted a few times, but years ago.

Since I have skin grafts on my right hand (aftermath of an industrial accident) some of my fingerprints don't look anything like they are supposed to & were sure to be rejected when they were submitted. After puzzling over what to do, someone came up with the brilliant idea of attaching a note to the card explaining.


I don't know what they would do now, since everything is transmitted electronically.

Interesting question, Kathleen. I'm not sure. I know they were only able to get two fingers of each of my hands to "pass" so they went with that by clicking an option on the computer that stated, "could not print." FWIW, there was also an "amputated" option. If they'd pulled out a cleaver to make me compliant with THAT choice, I'd have been outta there!

I retired from my local City government after working for them 27.5 years. When I went to work there, every new employee had to go to the City jail and be fingerprinted and have a mug shot taken. Back then (late 70s), only ink was available for fingerprinting. I remember the mess it made. We have to have it done in full view of the main jail holding cell — I’m sure the guys in the holding cell wondered what I was being arrested for in my suit and heels.

Haha, Chris! I've been having fun observing reactions when I tell people I had to be fingerprinted by the FBI!

I've had mine taken several times, both paper and electronic, rolling and flat. I've never had a problem. Now giving blood for DNA is a different story.