An Interview with Author Sarah Graves by E. B. Davis

“What an interesting coincidence,” Ellie added under her breath.
“No Kidding.” If the hairs on the back of my neck had hairs of their own,
they’d have been bristling too. Because as far as I’m concerned, coincidence is right
up there with the Tooth Fairy, benevolent dictatorships, and the
even-halfway-edible all-you-can-eat buffet in the believability department.
Sarah Graves, Death by Malted Milkshake, Kindle Loc. 1547

The island fishing village of Eastport, Maine, has plenty of salty local character. It also has a sweet side, thanks to Jacobia “Jake” Tiptree, her best friend Ellie, and their waterfront bake shop, The Chocolate Moose. But when island life is disrupted by the occasional killer, Jake and Ellie put their chocolate treats aside to make sure justice is served.

This summer, Eastport’s favorite lovebirds, kindergarten teacher Sharon Sweetwater and Coast Guard Captain Andy Devine, are getting married. The gala reception is sure to be the fête of the season, especially with a wedding-cake-sized whoopie pie courtesy of The Chocolate Moose. For Jake and Ellie, the custom-ordered confection will finally reel in some much-needed profits. But the celebratory air, and sweet smell of success, are ruined by foul murder.

When Sharon’s bitter ex-boyfriend Toby is poisoned with an arsenic-laced milkshake, Andy is jailed as the prime suspect and the wedding is cancelled, whoopie pie and all. Then Sharon makes a shocking confession—one that sounds like a fishy attempt to get Andy off the hook. Now both the bride and groom are behind bars. And with the fate of The Chocolate Moose at stake, it’s up to Jake and Ellie to catch a poisonous predator before someone else sips their last dessert.
Amazon.com 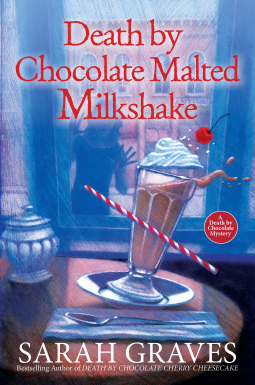 One of the reasons the book felt familiar, like home to me, is the setting. I live on Hatteras Island, NC. Like Eastport, ME, Hatteras is dependent on summer tourist dollars to support its economy. Many of the homes aren’t in the best shape due to the harsh marine environment, also the case in Eastport evidently. And the town population shrinks during the off season.

Another reason I liked this book was main character Jake Tiptree. Jake isn’t a typical cozy heroine. Her background is a bit sketchy. She’s worked for the mob in creative accounting. Her father likes to blow stuff up. She has four generations living in her one house. Sarah Graves has created a situation in which just living her life, Jake is under pressure. Top that off with a failing business and murder—it’s a winning and complex basis for amateur sleuths.

What are the complications of writing a series in not only a real place, but one where you live?

I don’t put real people into my books, and I don’t put dead bodies into real houses other than my own. That seems to cover the two major complications I can think of, or anyway it’s worked so far. The real Eastport is actually a main character in the books: its beauty and charm, but also its remoteness and its dangers. It’s that combination that creates tension, I think.

What’s the population of Eastport, ME?

We have around 1100 or so people year-round, but that goes up a lot in the summer when the weather is so perfect. Between January and April it’s pretty quiet around here!

Is Tiptree a Native American name?

It’s not, actually. I chose it because I couldn’t find anyone whose last name it really was, except for the writer James Tiptree, Jr., whom I admire very much.

Moxie is a bitterish soft drink invented in the late 1800s and first called Moxie Nerve Food. It was invented by a Mainer, and in 2005 it became the official soft drink of Maine. But have I mentioned that it is bitter? You’ll either love it or hate it, I suspect. 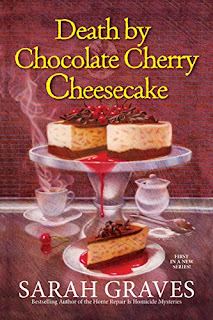 Jake is a grandmother. Ellie’s daughter is still in school. How much older is Jake?

Jake was a very young mother, so she’s not a lot older than Ellie, who didn’t give in and marry George for quite a long time.

I was surprised the engaged couple wanted a Whoopie Pie wedding cake because I think of them as Amish. Are Whoopie Pies popular in Maine?

Oh, yes, they’ve been making them here for a hundred years and the Whoopie Pie is actually the official Maine state treat! As opposed to blueberry pie, which is the official dessert...  so can a blueberry-cream filled chocolate whoopie pie be far behind? I think not!

Throughout the book, Jake advises the reader about recipes and baking within the story. Why did you decide to include this insight and perspective?

It seemed natural to me that Jake would be making these comments, since the whole baking thing is somewhat new to her and thus she’d be thinking about them rather than just doing them automatically out of habit. Also, in mysteries about art we get art details and in horse racing mysteries we get horsey details, so why not the same for baking?

Jenna’s an interesting character. She seems mean and yet she evokes sympathy. Why?

Oh, because she’s so miserable at heart. I mean, I guess some people are mean deliberately, but it’s obvious that she’s in pain and lashing out on account of it. Also, the way Jake and Ellie and Bella react to Jenna gives us a hint as to how we might want to react, too.

Although Mika is a violinist, she works at the chocolate shop. Is she trying to substitute baking for music to adapt to the local economy?

I think right now Mika’s just trying to find her way in this new family of hers, and she’s got this useful talent that she can help out with, so she does.  You’re right, though, that moving to Eastport means adapting to the local economy and finding a way to thrive in it, because jobs a person can live on are even scarcer way out here than they are everywhere else.

Jake is more of the lead investigator, thinking and asking questions about the case. What does Ellie contribute to the team?

Ellie has a truly ridiculous amount of energy and nerve, as well as a lot of information about local history and local people – information that may hold the key to someone’s motive, for instance. Also she’s got a lot of heart, which inspires Jake, and she’s completely on Jake’s side, the kind of friend I think we all either feel grateful for, or wish for.

A clam hod is a slat-bottomed wooden basket with a handle, used by clam diggers to hold the clams they’ve dug.

Jacob, Jake’s dad, has had a heart attack. At what point does protecting him become dominating him? How does he deal with Bella and Jake’s behavior?

Yes, that’s the question, all right. They want to do their best for him, but that’s not always what is best for him. He deals with their behavior in his usual stubborn way, by rebelling against it – but that doesn’t mean he’s not listening to them.  It just means that when he knows he’s right, he behaves accordingly and lets other people come around to his way of thinking in their own good time.

Is Pleasant Point a real place?

Yes! Pleasant Point is the Passamaquoddy tribe’s nearby reservation, home to about 700 people.

What other series do you write?

None right now, but Jake and Ellie had a previous series, also set in Eastport, called the Home Repair is Homicide series. The first one was The Dead Cat Bounce, and if you like the Death by Chocolate books you might like the Homicide series, too.

What’s next for Jake and Ellie?

Oh, they’re busy! Right now they’re making chocolate frosted doughnuts, so you can guess what the title of their next adventure will be. Other than that, all I can say is that it involves boat rescues, cannon explosions, a guy with a cutlass through his heart and a stuffed parrot on his shoulder, and the best chocolate mint cookie you ever tasted in your life.  I can’t wait to learn how it all turns out! 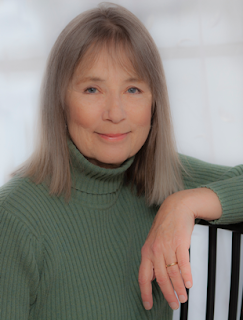 Congrats on #2, which is often harder to write than #1, what with time pressure, higher expectations, etc.

Congratulations on your new series. I enjoyed the home repair books and am curious how your characters shifted to a new occupation.

Sounds delightful and a little south of home - Wallagrass checking in here. What a wonderful series, I definitely have to check it out, and the home repair books as well. Welcome, Sarah. Brace yourself, the people from away will be back soon.


I'm almost sure I read the first in this series and really enjoyed it, but it's been awhile since I read it. Now I'm planning on ordering the 2nd and maybe even the 1st too if I can't find it in the thousands of books I have.

The books were fun reads. I wish you success in the future so I can read more of them!

Sarah Graves, here -- and thanks so much for having me at Writers Who Kill! Great to hear from all of you, and I'm glad you are enjoying the new series.

And in answer to a question, it was not difficult to give up sandpaper and sawdust, hammers and nails, in favor of -- chocolate!

The old house finally got fixed up and Jake & Ellie needed a new project, one that would make money instead of cost money this time. They're having fun, and I am, too.

Again, thanks for making me feel welcome. And now back to working on the third in the Death by Chocolate series (you heard the title here first!) DEATH BY CHOCOLATE FROSTED DONUT.

Hi Sarah - Ugh, Moxie! I visit dear friends in Maine and discovered there is a Moxie Day celebration. That's what's so endearing about Maine - the beauty and the quirkiness. I enjoyed your home repair series and I'm looking forward to your new books.