The Limitations of Forensic Evidence by Warren Bull 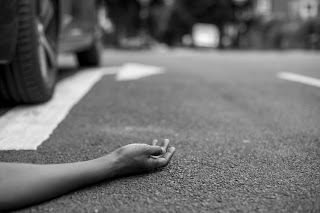 Image by rawpixel on Upsplash

Stuff.CO. NZ and North & South Channel News were sources for this article. Note: Both sources are in New Zealand. The comversation(dot)com, a news source in the United States was also a source for this piece.
The 2016 President's Council of Advisors on Science and Technology (PCAST) [in the United States] report investigated the scientific validity of seven forensic methods, such as fingerprint and shoeprint analysis, that rely on matching patterns. They rejected bite marks and concluded microscopic hair analysis, shoeprints and firearms analysis all lacked robust studies proving their scientific reliability.

Behind those doubts are ruined lives. Santae Tribble spent 20 years in prison after an FBI expert found 13 crime scene hairs matched his "in all microscopic characteristics.” DNA analysis later revealed none belonged to Tribble and one came from a dog.

There have been concerns, too, about just how expert forensic experts really are. A New York Times investigation found you could give blood pattern evidence in court in the United States after taking a 40-hour course.

And even well-established techniques may lead to mistakes. Take Europe's phantom serial killer, whose DNA turned up at six murders. It turned out the DNA belonged to a woman manufacturing cotton swabs used in crime scene examination kits.

For bloodstain pattern analysis, if the initial examiner attends the crime scene, you can't avoid the risk that what they see could influence how they interpret the blood pattern.

According to some critics one of the biggest challenges is that judges, not scientists, decide whether forensic evidence should be admitted in court.  Judges can act only on the information presented to them. And judges rely on precedent, so even discredited science like bite marks continues to be admitted, because it's been admitted before. The state of Texas is now debating whether of not to stop the use of bite marks in court proceeding. Forensic evidence can be challenged by defense counsels. However, what has been accepted in the past may later be found in additional research to lack validity.

In a 2016 speech, Justice Glazebrook laid the blame for much of the forensics controversy on unrealistic expectations of science.
"The more the myth that science deals in certainties is dispelled, the less the risk of science being misunderstood or misapplied by fact finders."

For example, the key to one man's conviction in New Zealand was a stain on a polo shirt found in his car. Texan pathologist Rodney Miller, who had no forensic pathology experience, used a technique called immunohistochemistry to identify the stain as brain matter.
The method, usually used to diagnose cancer, had never before been used in court. Nonetheless, Miller told North & South Channel News: "I can say with 100 per cent certainty that the tissue on Mr. Lundy's shirt was central nervous system tissue. Not 99.999-per cent certainty – 100 per cent."

However, In June, University of California forensic neuropathologist and world-leading concussion expert Bennet Omalu said the test was bull***t and should never have been admitted as evidence. He said a judge in the United States would not have allowed the results to be admitted into evidence.

Another man was found guilty of abducting and raping an 11-year-old girl. DNA evidence was deemed inconclusive. Further testing in 1993 identified traces of another man's semen, but ESR scientist Peta Stringer said other DNA traces could not exclude the accused. After three years in prison, he was eventually exonerated by later, more sensitive DNA testing.

When traces of a man's sperm were found in the underpants of his 10-year-old niece it seemed like a slam-dunk for the prosecution, who alleged she died from sodomy and suffocation. But defense experts showed the traces of DNA were so small they could have been transferred from other clothes in a previous wash, and the girl’s injuries were consistent with her overwhelming HIV infection and systemic shock following massive diarrhea-related fluid loss.

Matching crime scene fingerprints against possible suspects has been around for more than a century. While studies show the science is valid, it is not infallible and the error rate is higher than jurors might expect – an FBI study suggested a match could be incorrectly declared in 1 in 306 cases. Partial and blurred prints are more subject to interpretation.

Studies have also shown the method is vulnerable to contextual bias. University College London psychologist Itiel Dror gave five fingerprint examiners print pairs to compare and told them that the FBI had mistakenly identified them as coming from the same person. The samples were, in fact, pairs the experts had themselves judged as matching five years earlier, but only one expert reached the same conclusion as their earlier self. Even experts are influence by their expectations.

According to the Innocence Project, in at least half of the overturned cases questionable forensic evidence plays a significant role.
On the other hand, the National District Attorneys Association (NDAA) however was critical of the PCAST report, countering that there actually is scientific data validating these forensic fields, but members of PCAST did not adequately consult subject-matter experts. The NDAA expressed concern that if courts required stronger scientific validity before allowing evidence into court, it would hamstring the entire investigative process.

Forensic experts are human. As we all know, and as various Innocence Projects have shown. To err is human.

Another area where accuracy is often lacking is eyewitness testimony.

Not only is eyewitness identification unreliable, especially across racial lines, but often several witnesses to the same occasion will have wildly differing versions.

Have you ever been present at a situation, only to read a newspaper account of it later, and realized you don't even recognize what the article is describing?

Interesting article, Warren, but also one that is frightening. I recently took a tour of one of the Virginia crime labs and learned a lot about forensic studies used in prosecuting crimes. One of the most interesting things was that the specialists spent more time going to appear at trials than they did in the lab. After a court hearing, the person who analyzed the evidence has to be in court.

I just read a fascinating article in Reader's Digest, March issue, demonstrating how even DNA can prove misleading. Forensics is most complex.

Excellent article, Warren, and very necessary. We need more of this kind of information in the general news media.