The Barrakee Mystery by Arthur Upfield: A Review by Warren Bull

The Barrakee Mystery by Arthur Upfield: A Review by Warren Bull 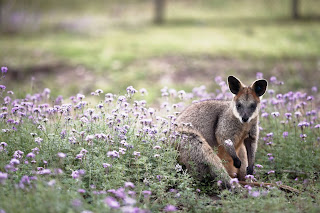 Image from Fidel Fernando on Upsplash

For Christmas, I got a copy of The Barrakee Mystery by Arthur Upfield. First published in
1929 by Hutchinson and Company Ltd.,  the book was the author’s second novel and the first introducing Inspector Napolean Bonaparte. I’ve reviewed a couple of Upfield’s novels about the detective and have recommended them highly, taking into account the time and point-of-view of the author. This novel, I would say proves that writers get better with practice.
The writing is stiff to say the least. Bony doesn’t show up until page 63. By the time he appears, the reader already knows who the killer is. The method of the murder is pretty obvious. There is a tepid love story. Followed by a florid one or two. Upfield goes out of his way to tell the reader what the clues are when they appear. He describes one character as being the farthest thing from a tease immediately after she teases some of the characters. I missed the description of Australia that became such a strength in the author’s later work.
Bony’s introduction is underwhelming. There are hints of what will make him interesting later on but his confidence comes across as complete arrogance. Writing about the “Abos” is less sympathetic than in the author’s later work. The author’s belief in their inferiority is blatant.
However, I stayed with the book and about 2/3 of the way through the author began to develop the threads rather clumsily put out earlier. My interest picked up.  The author showed what he later developed into a real ability at storytelling.
I can recommend The Barrakee Mystery to admirers of Arthur Upfield who want to see how far he came as an author, but except as a curiosity, most readers would do better to choose one of his later novels.

Interesting. I'll read one of the later mysteries.

Interesting. I've not heard of this author before. I'll have to see if it's in one of my Mystery Guild magazines I get every month.