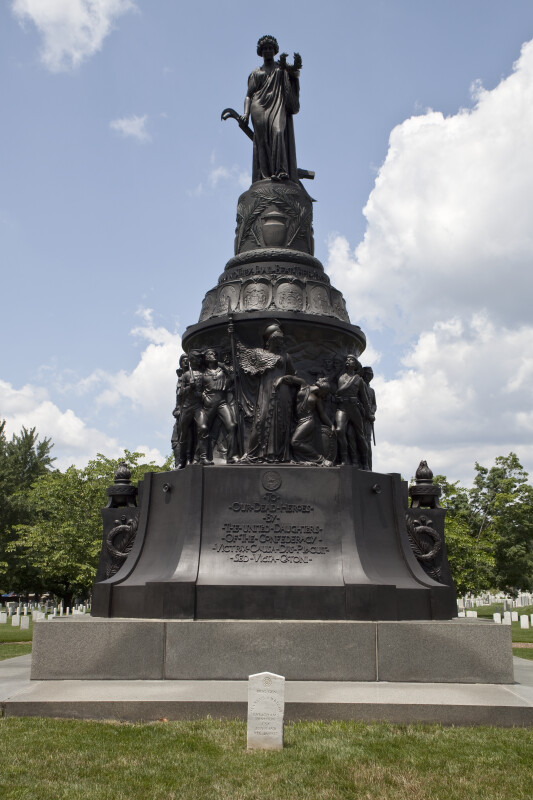 Image from etc.usf. edu
What is your response to the tearing down of Confederacy Civil War memorials?
Asking me that question is sort of like asking a watchmaker what time it is. You may get more of an answer than you expect.
There is an interesting story behind those monuments to history. Immediately after the Civil War, memorials to fallen soldiers were erected in graveyards usually by the families of the deceased and commemorated individual soldiers according to historian Mark Elliot. They were expressions of grief and mourning.
However, starting in the 1890s and continuing through the 1950s memorials changed. They were no longer dedicated to individuals who had died, but instead, the memorials featured the leaders of the Confederacy displaying weapons. They glorified the Confederacy; they were placed, not in graveyards but in town squares, in front of state buildings and in prominent places.
Those monuments were public statements espousing values endorsed by organizations such as the United Daughters of the Confederacy, which re-imagined the Civil War according to mythology we now call the “Lost Cause.” According to that body of misinformation, slavery was benign and all Confederate soldiers were gallant gentlemen.
The dates of construction coincide with “Black Codes” enacted to keep blacks “in their place,” “Jim Crow” laws, lynching, KKK marches, poll taxes and other efforts to stymie civil rights.
Further evidence that such monuments have little to do with the actual Civil War and more to do with a backlash to improved civil rights comes from other actions taken. Georgia redesigned its state flag to include what is called the Confederate Battle Flag in 1956. South Carolina put that flag atop its Capitol Building in 1962. Incidentally, the state of Mississippi approved the 13th Amendment to the Constitution in 1995 but did not notify the US Archivist to make it official until 2013.
So I believe the monuments should be available to the public in museums along with clear statements about their entire history.
I would like to point out that there are a growing number of museums throughout the country and notably in the South that deal with the experiences of black Americans forthrightly including The National Memorial for Peace and Justice recently opened in Alabama which shows the history of lynching,  and where the Birmingham Civil Rights Institute and the Tuskegee Human & Civil Rights Multicultural Center are also located. The Smithsonian National Museum of African American History in Washington, D.C. is another great example.
What surprised you when you did research for your book?
I knew before I started my research that Blacks had been active participants in the Civil War, but I did not realize how crucial their participation was. For example, I did not know that a black spy in the Confederate White House conveyed Jefferson Davis’s plans to the Union on a regular basis.
I did not know that on one occasion Lincoln “borrowed” some of General McClellan’s Army, scouted, planned, and oversaw an amphibious military attack that resulted in a victory and the Confederates scuttling an iron-sided ship that had sunk many Union vessels.
I did not appreciate how tragic a figure Mary Todd Lincoln was.
What’s next for Warren Bull?
I don’t know. I have enough raw material for a second book on Lincoln. I working on two science fiction/fantasy manuscripts. I’m doing some concert choir, musical theater and jazz singing. Writing lyrics is fun. Maybe that will develop into something.

You have an interesting take on the Civil War monuments. I also favor removing most of them to museums (in door our outdoors) where they can be viewed in context. For example, I have no issue with the monuments placed on battlefields denoting positions of regiments, divisions, armies. My slippery-slope of an exception are monuments that simply commemorate those who died. Many towns have them, and I especially have no issue if they are the kind that commemorate the dead from many different wars. We should remember the human cost of wars.

Thanks, Warren, for some interesting information. With all your varied interests, you lead a very interesting and busy life.

I agree, Jim. Many monuments seem to glorify war rather than honor the dead.

You're welcome, Grace. I try to keep things interesting. This is the only life I get.

I witnessed the Confederate monument dispute in New Orleans. Four statues, including the famous one of Robert E. Lee, were removed from Lee Circle. The statues can no longer be displayed on public property in the city of New Orleans. They are currently not on display.

Very interesting, Warren. I haven't traveled south very often, but when I have with my siblings on camping trips we've come across some of those Memorial statues. Of course, we've also seen some memorials to other soldiers in the north, too. Most of them near or in Gettysburg.

I went to college in the South during the 1960s, lived in NC or GA from 1972 until 2014, and could not agree more with your assessment. I hope lots of people read this. So many of the statues were raised not in memory but in defiance. I love the South, but not its history of discrimination and hate masquerading as heritage.