An Interview with Warren Bull by E. B. Davis

Abraham Lincoln Seldom Told Stories includes:
•As a soldier, Lincoln started at the rank of captain before becoming a private.
•When the Republican Party was founded, Lincoln was an unlikely candidate.
•Lincoln had a “second home” in a barbershop owned by a black man.
•Lincoln was involved in the largest execution in American history.
•Lincoln was challenged to a duel that he accepted.
https://www.amazon.com/ 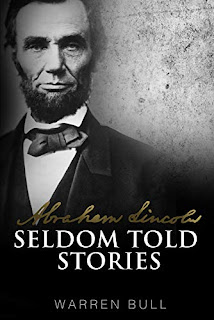 Unlike Warren Bull’s two previous books, Abraham Lincoln Seldom Told Stories is not fiction. Warren asks questions about Lincoln, and then answers those questions using Lincoln’s words and actions as historically documented. The book includes an extensive bibliography at the end as well as online resources for further research.

Seldom Told Stories showcases Warren’s research and knowledge of Lincoln, who serves as the main character of his fiction books, Abraham Lincoln For The Defense and Abraham Lincoln in Court and Campaign.

Some of the questions were surprising, such as: “Was Abraham Lincoln a racist?” or “Was Abraham Lincoln a Scrooge?” My first inclination was to shout out, “No.” But Warren actually knew better. His responses were based on the realities of the times in which Lincoln lived in contrast to the values and mores of our times. Which leads to my first question.

What is your response to the tearing down of Confederacy Civil War memorials?

Warren’s response to this question turned into a blog, which he presents this Friday, March 22.

Lincoln didn’t really support women’s right to vote, did he?

I suspect he did privately. T.B. Hanna, a suffragette, in 1911 mangled a quote from Lincoln’s 1836 election campaign to make it appear that he did. Among all the misquoting and false claims that Lincoln said this or that, her effort stands out as particularly clever. Lincoln tacked on the phrase, “by no means excluding women” to a speech advocating expanding voting rights. In context it was a joke, but Lincoln consistently advocated expanding voting rights.

What patent did Lincoln hold?

From his experience of being on a boat that got stuck on a sandbar, Lincoln developed a system of forcing air chambers down to lift a boat up off an impediment. It was never built and may not be practical but the principle is sound. He is the only President to hold a patent.

What ports in the Confederacy did Lincoln block and why did he use that method?

Eventually the entire coast of the Confederacy was blockaded. Early in the war, there was a fear that foreign powers might become involved. Blockades were recognized by international law. The legal procedure gave foreign ships notice of the intention of blockade and time to leave the ports peacefully. Also, Lincoln overruled members of his administration and apologized to foreign governments when a US naval captain violated international law. 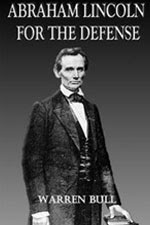 Why were foreign governments opposed to slavery by the mid 1800s? And how did that relate to why Lincoln made sure that the North did not fire the first shot in the Civil War?

At one time slavery was an accepted practice among European nations and their colonies. (Thomas Jefferson wanted to criticize the English for bringing slavery to the colonies as part of the Declaration of Independence.) That changed over time through the efforts of church people and reformers. By the mid 1850s, slavery was opposed by European nations.

Part of Lincoln’s determination not to start the shooting war was his recognition that the Civil War had major international repercussions.  Lincoln acted in accord with international law. The Confederacy chose to make the first attack – nothing Lincoln did required them to. Lincoln’s action that some people still call “provocative” was to send a single unarmed ship with food to a garrison running out of food. His administration reminded other nations of the very clear statements by the Confederacy that their actions were to insure their freedom to enslave others.
All the United States asked of foreign governments was neutrality. European governments were run by monarchs or emperors who opposed the idea of common people being in charge of their governments. But the rulers knew their people would strenuously object to supporting a nation founded on the principle that God intended the superior race to enslave the inferior race for the benefit of both. 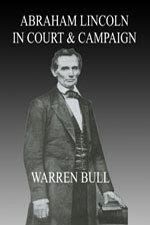 Why did the Hungarians read Lincoln’s Gettysburg Address over the radio in 1956?

Before he became President, Lincoln supported efforts by people in Europe to establish republican forms of government. He praised the people of France for forming a republic. He supported the short-lived independent nation of Hungary. By the time of the US Civil War those efforts had failed, but common people in those nations remembered his support. During the failed Hungarian rebellion against the Soviet Union in 1956, rebels read his Gettysburg Address over the radio as an act of defiance.

How was the Emancipation Proclamation used as a model for the Hague and Geneva Conventions?

Although it is not well known, the Lincoln Administration wrote policies on how to conduct war and limitations on what behavior is acceptable during war times. For example, the Union army had policies against rape and prosecuted US soldiers who violated the policies. The policies contributed to international standards including the Hague and Geneva Conventions.

Lincoln was a Know-Nothing?

The, thankfully short-lived, political party called “Know-Nothings” for their instructions to members about how to answer questions about the party was an anti-Catholic, anti-immigrant group. They opposed the Democrats (and just about everything else you can imagine) more than they supported Lincoln. He was not a member, but some of them voted for him.

Why do you compare Lincoln to Martin Luther King, Jr.?

I see direct parallels between Lincoln and MLK, Jr. Both men were little-known outsiders who seized an opportunity to become leaders. Their soaring rhetoric and beautiful use of language enriches our understanding of what it means to be an American. They gave us ideals to strive for.

I had no idea the decisions by the Supreme Court were not [at that time] accepted automatically. Why not? Wasn’t it the law then?

All branches of government have evolved over the years. During Lincoln’s time, it was not unusual for judges to question rulings from other states. Attorneys tended to wait after a Supreme Court ruling to see how other courts reacted to the rulings before deciding to take them seriously. Andrew Jackson famously ignored a Supreme Court decision and said something along the lines of, “The Chief Justice has ruled, now let him enforce it.”
Both Lincoln and Stephen A. Douglas were known to question Supreme Court rulings they disagreed with.

Although Lincoln voted against Christmas as a national holiday, he supported Thanksgiving. Why?

Lincoln voted against giving the day of Christmas as a holiday to government workers at a time when it was another working day to most workers. Christmas became a major holiday over the years, but it was not always one.
Thanksgiving became a national holiday after Lincoln called for a day of prayer and thanksgiving in the midst of the bloodiest war in American history — the Civil War. Lincoln acknowledged the tragic consequences of the ongoing war and still asked for praise of God for His gifts. Lincoln did not call for vengeance or condemn those in rebellion but asked everyone to pray for peace and reconciliation. You can read his remarkable words in my book.

People had to rent pews to attend church?

Until the early twentieth century, renting pews was the primary source of income for many American Christian denominations. Pews closer to the front were more expensive. And which pew your family rented demonstrated your wealth and social standing, which was part of the reason the practice was eventually abandoned.

Why Lincoln? What is it about the man and president that attracts you?

I lived in the state that has “Land of Lincoln” on the automobile license plates. My hometown was the site of one of the important precedent-setting trials. The college I attended was where one of the Lincoln-Douglas debates took place. My first novel is based on one of his trials and a letter he wrote about the trial gave me an outline for the book. I wish he could do that again.
I believe Lincoln is one of the greatest writers of American English. I am fascinated that this self-educated man who fought depression and exhibited amazing empathy, prosecuted the bloodiest war in American history without persecuting or demeaning his enemies. His compassion for others and his ability to forgive are incredible. I feel like he is a friend or a shirttail relative who is out of sight but still present in my heart and mind.

My questions did not address any of the items in the boxed Amazon book description, but please feel free to ask him about those items. Warren’s book is also available at: https://www.goread.com/book/abraham-lincoln-seldom-told-stories 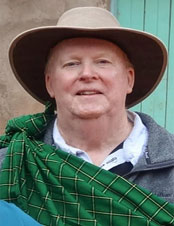 Fascinating! I tend to overlook Lincoln's accomplishments that weren't war-related.

What an interesting interview. Lots about LIncoln I never knew. Now I look forward to reading WArren's books.

Do you address Lincoln’s expansion of presidential power that leads to its indirect descendant, presidential declarations of emergency?

Margaret, Yes, Lincoln did many things that go unrecognized in addition to his efforts during the Civil War.

Jim, I do. He acted under the Constitutional provision about "in times of rebellion." Subsequent Presidents have acted when there was not an active rebellion. And the attitude toward the Supreme Court was quite different back then than it is now.

Thanks, Warren, for the information about Lincoln. He was such an admirable man--someone who is a shining example of a good president.

Fantastic Q&A. I'm sharing with handsome as he is a huge Lincoln fan.

Thanks, Grace. Yes, he was.