The Perfect Setting for ... Murder? By Carla Damron

For our vacation, we rented a house with another couple in the mid-coast area of Maine. My husband found it via website—it met his criteria: rural. VERY rural. And mine: near water (sort of) and with wi-fi.  (We have very different definitions for the term “roughing it.”) 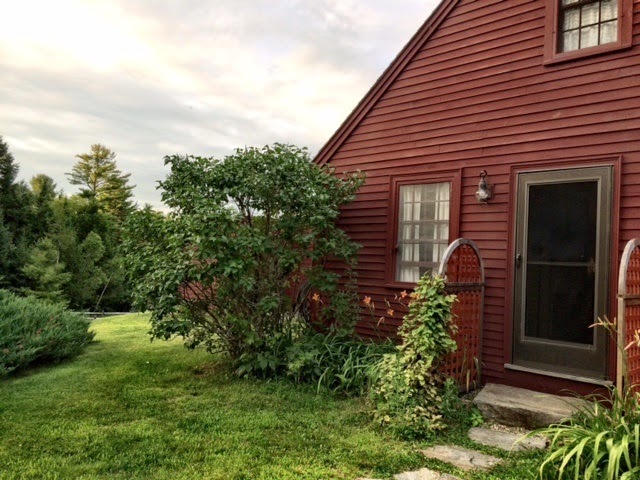 To get to the house, we take a highway from coastal Wiscasset, Maine, then turn down a country road, then veer off on what I call a goat path, which bumps along for about a half mile. The house is tucked in the middle of 85 acres of woods and hiking paths. The property borders on the Sheepscot River, and there are kayaks and a canoe so I can get my water fix.

The structure itself is artsy/funky, with wide plank floors, and a low ceiling supported by thick old timbers. Down creaky steps you find a dark basement. Up crooked, winding stairs, you find a master bedroom with a hidden little alcove room beside it. 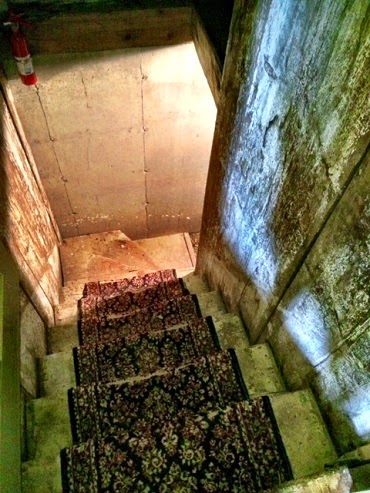 The place is asking to be haunted.

Surely somebody died here. Or maybe died in one of the ancient homes that provided the wood used to build it. Maybe they fell down the crooked stairs. Maybe they were eaten by one of the bears or bobcats that live in the woods. (I swear I heard a bobcat). Or maybe, just MAYBE, they were murdered! Some stupid tourist from the south, decides to explore the goat path winding through the woods, only to bump into the camp for a secret militia operation planning to overthrow the government. The body is tossed into the Sheepscot.
Or this isolated homestead is the secret meeting place for a high-ranking conservative official and his mistress, or mister, because maybe it’s a guy. A curious reporter follows the Cadillac SUV from the Portland Airport, parks behind the carriage house, and snaps a photo of the secretive lovers. The picture is MINT—he’ll make so much money he’ll never have to work again, except for the little problem of a private black-ops security force hired to protect the secret at all costs. That reporter is never heard from again.

Then again, maybe there is a famous person, an actress, a rock star, being stalked by some maniac. She has to get away from him, from everything, so she picks this isolated house to start working on her next project. Her body guard is actually her lover, and they have a delightful few days relishing the quiet and the calm of this sanctuary. Until the stalker finds them … you get my drift.

My husband, and the other couple, don’t have thoughts like this.  Like other normal people, they contemplate the serene wooded landscape, perhaps
imagining the 19th century farmers who built the low brick wall near the place, or the folks who braved the cold winter to hunt this land and fish this river to provide for their families.

But then, I am not normal. I am a MYSTERY writer. My mind takes a different direction than most.

Do you ever find yourself pondering crimes in seemingly innocent settings? Or is it just me?

My boss was late to work one day. A fellow mystery wirer and I talked about what would happen when the janitor opened the door and the boss's body was discovered. We were well into possible murder weapons when the boss arrived.

Doesn't everyone look at the world this way?

Good to know I'm not the only one. I was beginning to wonder...

My husband says he feels safe as long as I have writing for an outlet. ;-}

No Carla, it’s not just you, which is why we call ourselves Writers Who Kill! Lots of fine mysteries are set in remote locations. Hmm, I think I wrote one. The question is, are you going to write one modeled on this location?

Jim, I have too many plots in my head right now, but yes, I see this setting creeping into a future novel!

Carla, love it! What a perfect setting for a murder. I not only am always thinking things like that, but now I have family or friends coming up with ideas when we're some place saying "Wouldn't this be a perfect place for a murder," or plot ideas of ways to murder people. I think I'm corrupting them.

All thoughts of murder aside, I think this would be a splendid place to vacation.

I totally see the world this way. I don't know how anyone can look at those stairs and think of something else!