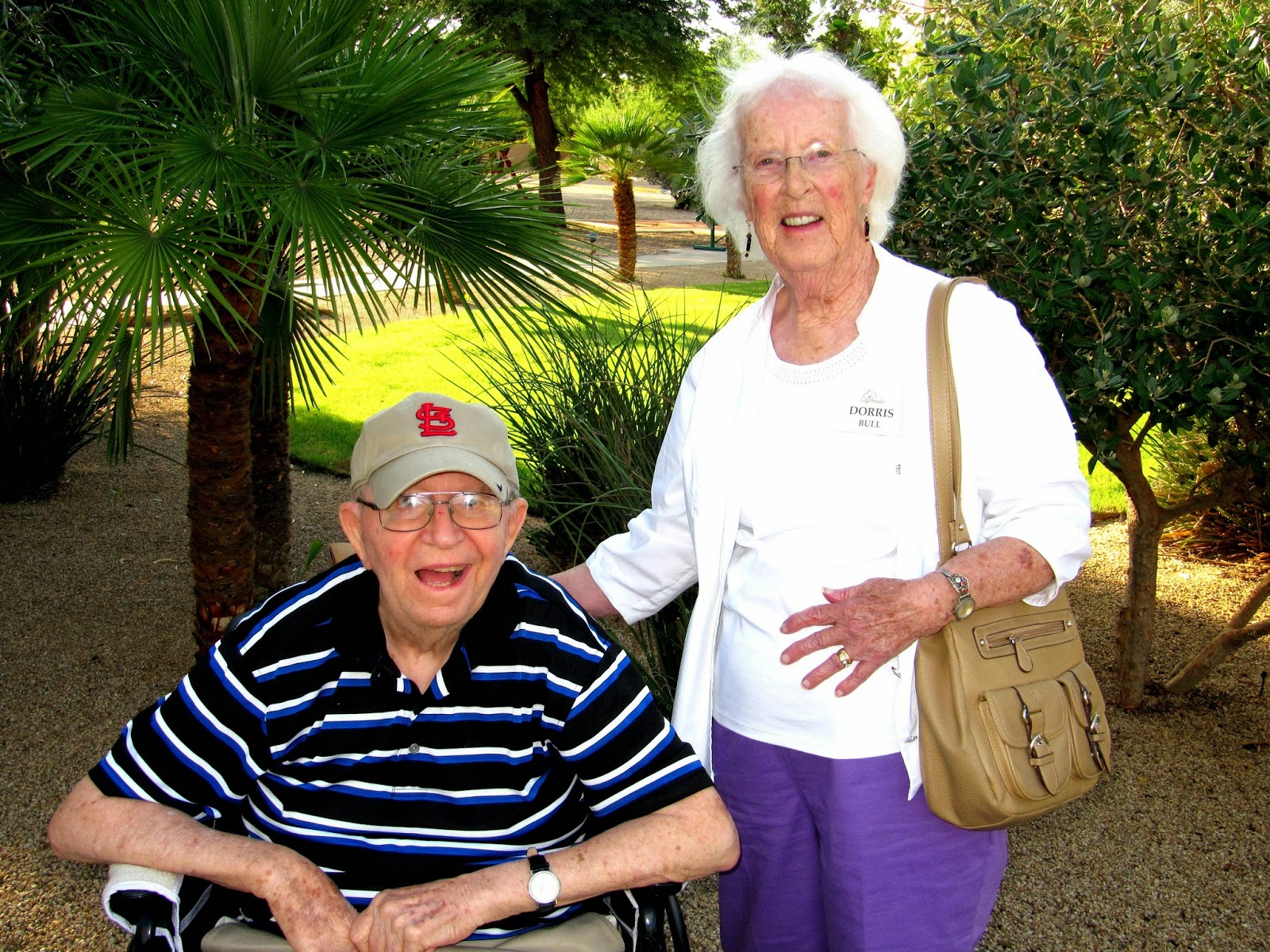 My family spent last Christmas at my brother’s new house in Portland, Oregon.  On the night before she was scheduled to fly back to Arizona, my mom missed a step on the stairs and landed heavily on her feet. Although she was in pain, she could move and walk. At first she planned just to rest and leave the following morning.

Later she decided to go to the emergency room to get checked.  After all, at age ninety, bones break easily.  She was diagnosed with a broken hip.   A hip replacement operation was immediately scheduled.  The procedure took place the following morning.  Mom was enrolled in rehab starting the day after the operation.  She was admitted to a physical rehab program located on a medical floor in a high-rise building with condominiums in Portland.

My mom is not one to sugarcoat events.  Before the accident she admitted she was afraid of breaking a bone.  She said she knew many people roughly her age who broke a bone and spiraled down into a loss of mobility and independence.  She also talked about living in a retirement community where it was not unusual for friends to die.  We had discussed that getting old is not for the faint of heart.  We’ve discussed that, given my health status, my wife, Judy, will probably live for many years after I die.  Whatever happens to me, I want Judy to be part of the family.

I watched my father change from a very intelligent, independent man to a shadow of his former self over about four years due to a combination of age and illness.  I remember hiding the tears in my eyes to avoid the evident distress Dad experienced and expressed when someone around him showed sadness. I hoped that would not happen to my mother, but I was afraid it would.

Since my father died about a year earlier, Mom had been talking about moving closer to family members.  Being “stuck” in a location close to a son, a daughter and their families, Mom decided to turn what could be a disaster into an opportunity.  She decided to buy a condo in the non-medical part of the high-rise.   Mom participated fully in the rehabilitation program.  While she was in the program a patient roughly ten years younger than Mom did not want to work through the pain and effort physical rehabilitation required.   That patient remained, and apparently still remains, wheelchair bound.  Mom walked with a walker and later with a cane. For short distances in her apartment, she now walks on her own.  Her steely determination was and is awe-inspiring.

Mom did not return to Arizona. She had my sister and other family members bring special items to her new place.  Much of what she owned, she simply gave away. Her new condo was much smaller than her place in Arizona. This was another chance to rail against the unfairness of the universe. Again she declined.  She commented that, “stuff is just stuff.”  Years ago during my divorce she and my father advised me not to argue with my soon-to-be-ex-wife about dividing possessions.  They said, “After all, its just money.”

Having parents like mine does is great, but it makes it harder to complain about minor problems.

Email ThisBlogThis!Share to TwitterShare to FacebookShare to Pinterest
Labels: Warren Bull My mother

Warren, how lucky you've been to have been blessed with the parents like yours. Your mother sounds like an awesome mother. I'm glad she's near family now. It's one of the main reasons I've never wanted to move far from where I grew up. It's where my roots are and most of my family still live.

When my mother was released from the hospital following a procedure, she made the decision to enter assisted living. When my father couldn't function at home anymore, he made the decision to enter a nursing care facility. We were glad those decisions were not ours. They took control and decided for themselves. Having already given us POA, we just paid the bills and visited them. People must have control over their lives. It bother us when medical personnel directed questions to us when our parents were present--as if they didn't exist. We pointedly repeated the question to our parents to give the authority a hint at how condescending and rude they were.

What a wonderful tribute to an inspiring lady. Thank you for sharing her with us, Warren.

I have indeed been blessed by having the parents and family that I have.

I have indeed been blessed by having the parents and family that I have.

Yea for your mom! A woman of substance.

Your mother's story is similar to what happened to my mother-in-law, a feisty woman who broke her hip at 95. She too was afraid of falling. Getting old is a drag, but many people face the inevitable with courage that is admirable.

Your mom's attitude is inspiring, Warren. My folks are the same way - whatever happens, they just get on with it. It does make it hard to complain, though!

You must have had good parents. Look at their son.

Good for Mom! She's an inspiration.

Your mother is a strong and wise woman, Warren. I liked her insightful comment that "stuff is just stuff."

At age 90, Mom is still parenting -- modeling life's lessons to her children so they can be happier and live productive lives. God Bless Her.