The Next Epic Thing 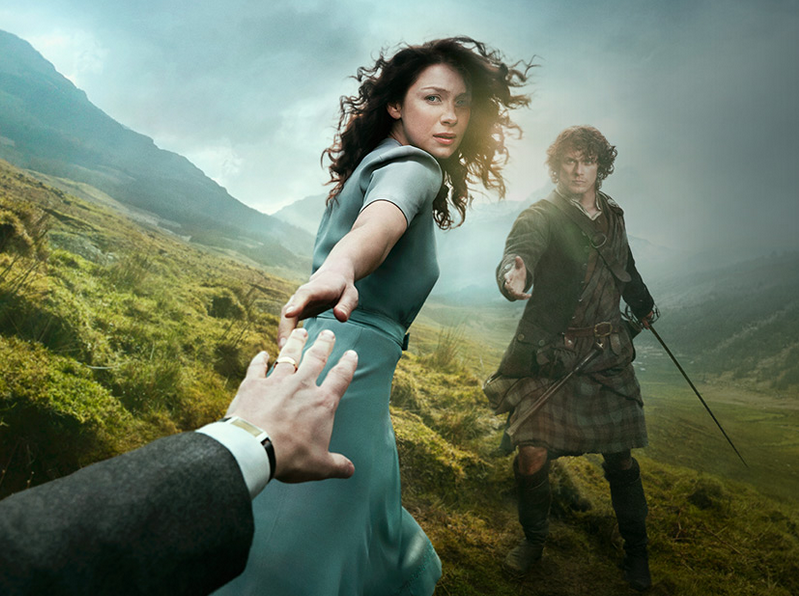 We often talk on this blog about TV shows adapted from books and what they can teach us about writing. And I couldn’t resist talking about the latest book-turned-sure-to-be-huge show.

This month, Starz debuted its answer to the Game of Thrones juggernaut over on HBO: Outlander. Based on the eight-book series by Diana Gabaldon, this show is supposed to be just as sprawlingly dramatic and addictive.

It’s a historical romance wrapped in time-travel in which Claire, a former WWII nurse, goes on a second honeymoon to Scotland in an effort to rebuild a marriage torn apart by war. But right in the middle of all that, she’s transported back in time from 1946 to 1743. There, she not only meets one of her husband’s direct descendants (and he happens to look a lot like him only with long hair and a telltale red coat), but she also ends up falling in with his descendant’s mortal enemies: rebel Scots. One of these Scots is Jamie Fraser, a man with whom she has an undeniable connection.

Interestingly (but not surprisingly), the original book, Outlander, debuted on Apple’s iBooks bestseller list this week, despite the fact that it was published first in 1991. A similar bump happened for George R.R. Martin’s A Song of Fire and Ice when Game of Thrones debuted on HBO a few years ago.

Honestly, I totally forced my husband to sign us up for Starz just so I could watch the show. I do own the first book—thanks to the suggestion of a few of my critique partners—but haven’t finished it. Still, I wanted to see what all the fuss was about.

Now, a few episodes in, I can’t imagine I won’t both watch the show and read the books. Good for me, great for Gabaldon, great for Starz.

What do you think of this trend of taking book series with huge followings and turning them into expensive, beautiful TV shows? Good for the books? Bad for the books? Middle of the road?

Obviously, there is a big bump in book sales, which means someone is reading books. Perhaps these shows bring in a few new book readers, which would be good. Otherwise it’s just a question of whose books are read. Hitting the lottery and having a smash hit both require that you (1) play and (2) be lucky.

I would imagine it would be good for the authors with more people wanting to read their books. I watch little TV, but have loved the mysteries on PBS that were based on Colin Dexter's books, and plan on getting his books featuring Lewis and Hathaway as well as some others. I think the books are always richer than the movies or TV shows.

I see it all as part of the same, exposing people to characters and stories in a different media.

I think it supports authors and has to be better than re-making a classic movie which does not need re-making.

Thank you for the timely reminder about Outlander on Starz, Sarah.

I like the trend of making expensive television shows (especially historicals) based on books. I think it's good for everyone.

Yay for all the good things!