The Chosen and the Wannabes 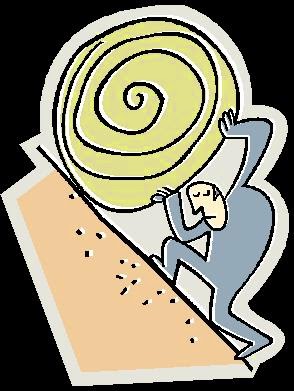 I’ve recently read three books by bestselling mystery authors. If I had written any one of them, they would not have been published by a big five publisher. Sour grapes? I don’t think so; I think it reflects the reality of the hoops a wannabe author has to go through today to be published by the Big Five.

One of the bestsellers started with a bang and then proceeded to give not one, not two, not three, but four solid pages of backstory. In order for me to win a Big Five publishing contract, I first need to have an agent agree to represent me. I can (almost) guarantee that no agent would ask for the full manuscript if I presented them with a terrific page and a half followed by four pages of backstory.

Oh, by the way, it was a decent story once we finally got to it. However, the only reason I could see for forcing the backstory down my throat in one huge chunk was laziness. It would have taken more time and effort to break it into smaller chunks and provide it as/when needed. I kept reading because I was committed to reading the book and taking notes on what this author did well (and there were a number of things).

The second bestseller drove me crazy with mid-scene POV shifts. No white space between character A’s POV and character B’s POV. One paragraph it was A, the next it was B. Most were clearly intentional, illustrating a style I find often in literary works, but less frequently in the mystery genre.

Okay, I thought, when you’re rich and famous, you can push the envelope. I’m good with that—until I came to several POV hops: a quick intraparagraph POV shift from A to B to A. If intentional, I wondered why. If not, I wondered where the editors were.

And yet, those POV switches didn’t faze Jan a bit when she read the book, which she liked. When I pointed out the “errors,” she acknowledged she had read through them because she was into the story. Fair enough, I thought. I’m too critical because I write to avoid those types of POV shifts, and so they jar me when I do read them.

However, I do think agents would pitch my submission into the reject pile as illustrative of poor writing technique.

Number three had me going from page one. It continued strong through the middle and kept me reading one night much later than I had intended. Really good stuff. The ending was a total disappointment. It felt to me as though the author hit his word count target, added one final chapter so there was some conclusion, and wrote THE END.

The beginning sure sold the story. The ending convinced me not to read the next one, which I doubt was either the author’s or publisher’s intention. I am of the “fool me once, shame on you; fool me twice, shame on me” camp. There are too many good stories to waste time if I can afford it, so this author is off my preferred list.

Which is what agents say as they go through their submission piles. I’ve come to the conclusion that wannabes must write well. Bestselling authors must write quickly. The best of the best can do both.

I was at the Mystery One bookstore in Milwaukee earlier this year speaking with the owner, who said something to the effect that, “The best writing today is being done by midlist authors.” To which I might add, and some of the wannabes.

So true, Jim. I often think--where are the editors? If you've sold well in the past, anything goes. But if you turnoff readers, there is nothing you can do to bring them back. One of the reasons that I love Sue Grafton, Margaret Maron, Jess Lourey, Susan Wittig Albert, and others of their caliber--because they write consistently well--good plot, great characters and superlative writing. I've never read much on the bestseller list because midlist authors provide me with the best reading. I feel your pain. We're with ya'!

Interesting. Sometimes I think I must be missing something when I read a super-popular book and can't figure out why it's so popular. I usually put it down to different people have different tastes, and mine must not be mainstream.

One of my projects this summer has been reading some short stories by the "best" authors. For most of them, I have to say, I don't "get" it.

KM -- One of the reasons I enjoy the mystery/suspense/thriller genre is the stories are usually complete. They have a beginning, middle and end and something changes along the way.

I have also read a number of the "Best of American Short Stories" collections as well as those for Essays. I find many compelling, but with a lot of them, I think "Really? That's it?"

But tastes change, artists need to continue to test norms, and I can always read classics if I want a good traditional short story.

Such a good topic, Jim. Because it's true. Thing of all those successful Dan Brown books where the very first scene with him is him WAKING UP. You know, the number one way they say not to start a book. Yet, the concept was excellent, the writer had a great track record all ready and the two books with him waking up are international best sellers. But could a newbie get away with that? Nope.

You're so right, Jim, and it's not sour grapes. Sometimes, I think writers get picked up by agents and/or publishers because of their background cred; a former FBI agent writing about crime, etc. Also, a book club pick this past spring, The Shoemaker's Wife, moved along quite well and kept all of our interest, and then it's if the writer got tired of it, and jammed everything in the last chapter winding things down. None of us thought it was a satisfying ending. There are some mystery writers of series, who continue
writing good books, but even they sometimes produce a less than stellar book. I'm thinking of Laurie R. King's Mary Russel and Sherlock Holmes series. Everyone I know who is a fan of hers, did not like Pirate King. Fortunately, she got the message and her next book went back to the dynamics of the two main character.

Gloria -- I think one reason authors stop a series is because the fans only want one kind of book and the author is bored. I'm not saying that's what happened with Laurie King, but I'm willing to grant authors I like a failed experiment here or there. (But probably not two in a row.)

Like KM, I've chalked up my experience with disappointing books to personal taste. Much of what lands on the best seller list seems "dashed off" to me - but I wonder about the demands on these authors and if they are not given enough time to develop their stories before they must go to the printer. I just stick with writers who have kept the quality high. Not enough time to spend on disappointing books (so maybe you'll share the titles of those less than stellar best sellers - off blog, of course.)
You're right about the hoops, Jim - smaller and trickier for the wannabes. But what to do about it except write the best book you can?

Shari -- Your answer is correct for wannabes: write the best book you can, work hard to have it become known, and hope for luck, which is often the only difference between major success and something less.

I consider this blog an observation to share (and perhaps steer readers to midlist books) rather than a complaint. I can't remember when I last thought life was fair. :)

Great post, Jim, and you nailed it. I rarely read bestselling authors anymore with the exception of a few I really like--mainly because of the characters. So many of my writing "friends" write good books that I have a very healthy TBR shelf in paper and even more on my Kindle. Cheers for the Midlist and the Wannabes!

Totally agree! There's such great stuff being written by mid-listers and those breaking in. I don't like that well-known authors have to churn out a book each year (which means they have much less than a year to actually write the book). I don't mind waiting two years between books. There's certainly enough books out there to read! But the publishing industry is greedy.

Totally agree, Jim. It's almost as if the big five are afflicted with deer in the headlightsitis. As if they are afraid of taking in new authors so their existing big name stable has sufficient job security to push the envelope, sometimes in the wrong direction. I too believe some of the best writing today is being done by the mid and indie list writers. They seem to try harder to put out well edited, well told, story. Same is true of the small press houses. They look for quality knowing they have to attract and keep readers. Exciting time to be a writer.