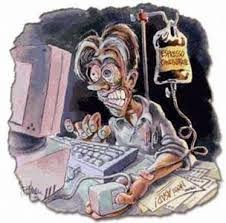 Writing is something I need to do because I have all these ideas for plots, characters or poetry in my head. When I put them down on paper I reread what I’ve written and tweak it until I’m satisfied – or at least for a while. I tend to revise a lot as time goes on. I’m not insecure about my writing when my critique partners, blogging partners, or beta reader reads what I’ve written because they edit what they see needs changing; typos, word choices, etc. which only makes what I’ve written better. Where the insecurities happen is when others read what I’ve written. Do they like it? Hate it? Think it’s poorly written? It wasn’t just the agents or publishers I used to query that gave me these anxieties, although they certainly added to my insecurity about my writing. It even happens with my published books or the poetry I’ve written. Recently, I had two poems place first and four get honorable mentions in Ohio Poetry Day Contests I submitted to. I should now feel I’m a pretty darn good poet, right? Wrong. I was thrilled, but there’s still that feeling of being a second rate or even third or fourth rate poet. 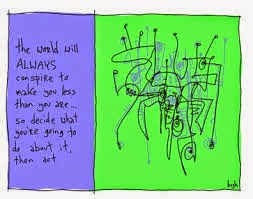 Maybe I have these insecurities about my books because I’m indie published. There is still that stigma out there even though we are becoming more and more visible and even accepted more and more in the literary world. Every time I get positive reviews or comments from readers about my books I get such a warm feeling of happiness because my creation, my baby, my book, was enjoyed by someone. I’ve had enough of these comments that I should feel quite confident that I’ve written a darn good book. Well, I don’t. Of course, I know that everyone has different tastes in books and in poetry. What one person likes another doesn’t and it doesn’t have much to do with the writer in question. 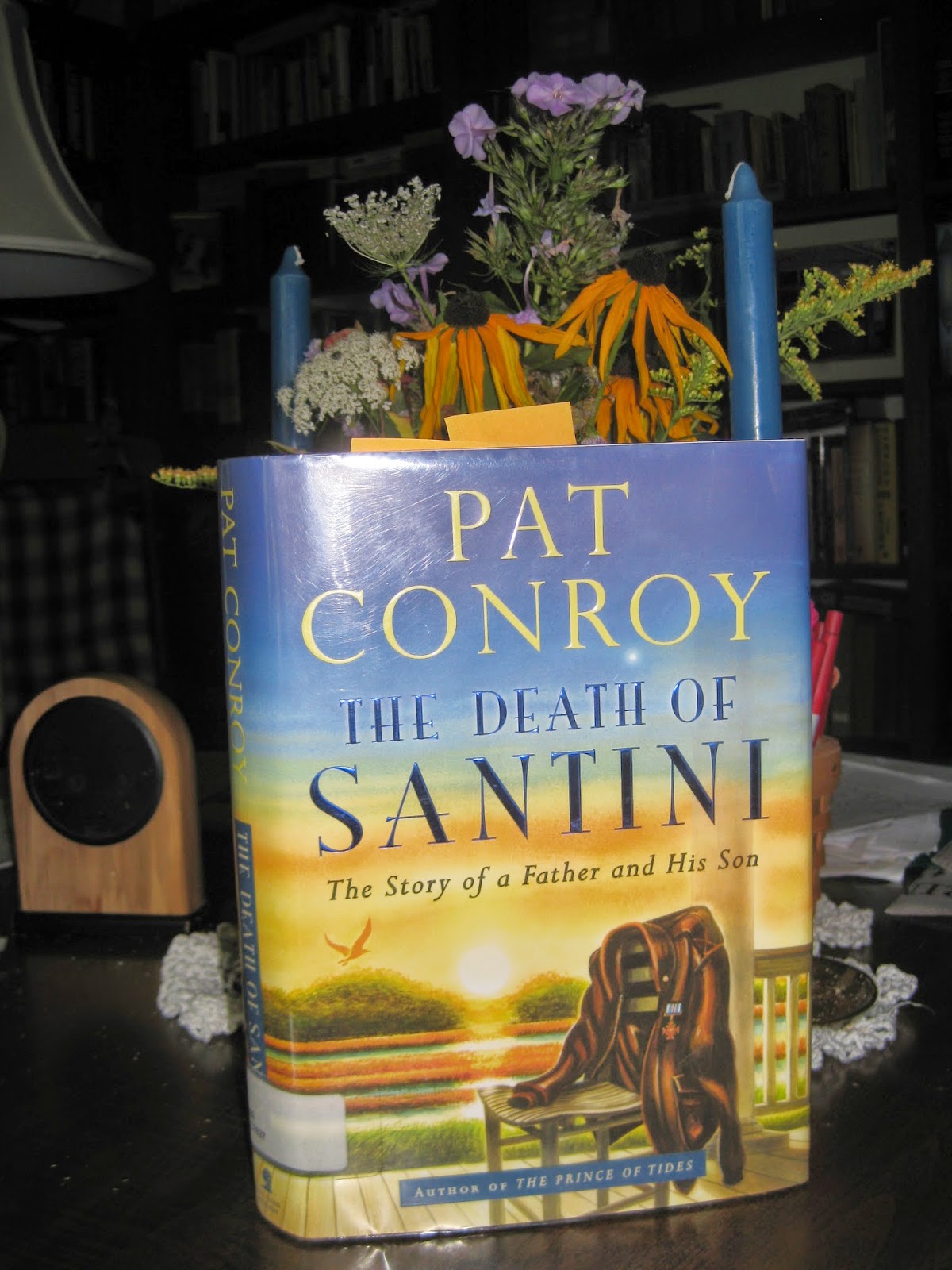 Recently I finished a Pat Conroy book, The Death of Santini. It’s the first of his books I’ve read, but it won’t be the last. I enjoyed the story he told and his style of writing although at my book club, more people didn’t like how he used what he called his messed up family. They wondered if he’d exaggerated many things, and some of his early memories could be false. Everyone agreed they liked his writing and those who had read his books of fiction said they were very good and worth reading.

One of the things he wrote resonated with me. He wrote that his “insecurities and incapacitating doubt are those that every writer brings to the writing table.” In his early writing of The Water is Wide he recognized his own voice, a voice he used for the next fifty years. He trained it to be a strong voice, but still longed for laughter and beauty in his prose. He also trained himself to be unafraid of critics and held them in high contempt since his earliest days. He said, “I made the decision to never write a critical dismissal of the works of another brother or sister writer, and I’ve lived up to that promise to myself. No writer has suffered over morning coffee because of savagery to my reviews of his or her latest book, and no one ever will.” 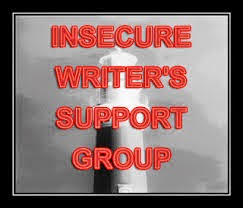 That passage made me think how lucky I am to belong to Sisters in Crime and their Guppy chapter. In the years I’ve belonged I’ve never heard any denigrating words about another sister or fellow guppy. Maybe in private conversations someone might mention they didn’t care for a certain book, etc. but never publicly has anyone criticized any other member’s book. The same is true when I’ve attended Malice Domestic and a few other mystery conventions. Maybe mystery writers get rid of their animosities, frustrations and anger through murdering people on the page and don’t feel a need to savage writers through reviews. Just a thought.

What are your insecurities as a writer? How do you deal with them? 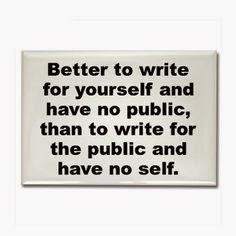 I’ve met Pat Conroy and heard him speak with most of his brothers and sisters participating in a discussion of their family. They agree: Pat did not exaggerate.

It’s fine that Pat never wrote a critical review, but I don’t consider it praiseworthy. Without book reviews we’d have to read everything ourselves to know whether we might like reading them. Especially for indie authors and those published by small publishers, without reviews we have a very limited audience.

We'd be better off with more critical reviews of big name authors to encourage them to write the way they did when they first became known -- but I've blogged on that topic before.

Jim, I'm glad to hear Conroy did not exaggerate about his family. I'm going to let that book club know that and continue reading his other books, too.

Also, you make a good point about critical reviews. Certainly, in book clubs we feel free to point out what we think was well done and where the author failed at least as we see it. I know I'm always disappointed when I read a book that I think I'll like and it doesn't live up to its hype. Also, I don't always like books that others seem to like that are on the best seller list. It's all a matter of personal taste.

I read a lot. I'm not too discriminating in choosing books, rarely reading book reviews. The fact is that I conclude my tastes must be different than the average American. Few bestsellers in books, movies, or TV fascinate me. If I read a books that I think are lame, I stop reading them, make note of the author so I won't read them again--which brings me to my insecurity.

I've written two manuscripts that beta readers and editors feel are worthy. But it is putting out that first book, having readers judge, and wondering if they will label it "lame" and never read me again.

Writing under pseudonyms has its advantages. But the writing community is small and establishing a reputation is important. I've perfected the art of procrastination!

E.B. I hear you on that. So many people were crazy about Gone Girl, but I didn't like the characters from the beginning and couldn't read past the fifth chapter or so. In my book club, it got very mixed reviews. It's a matter of taste. I want to like at least one of my characters.

I feel the same way about my books, too, Elaine. I think if your beta readers and editors feel your manuscripts are good, that you should go with a belief in them. I hear you about the art of procrastination. Every time I'd get a rejection from an agent or publisher, I'd pull my head back into my shell and not try again for months. I considered self-publishing for a while before I finally decided to go that route. What motivated me was when a young man in my local writers group self-published a book of his poetry, and I realized I could pay him to put it up for me since he knew how. That's when I started reading how to format and hired my granddaughter to do the cover. I've never regretted my decision, but I think there are a lot more small publishers out there now so I wouldn't give up on them, either, if I were you. It's good having more options now. Whatever route you go, you should go for it.

My insecurity occurs after something of mine gets published. I did it. Can I do it again?

Great post, Gloria. You keep doing what you do. You're right when you say readers have different tastes. I'm happy you put yourself out there. It's hard, and sometimes it hurts when a reviewer is nasty. I read those once, then never again. As long as you're getting positive feedback, you're doing something right.

Jim, I've been to a Pat Conroy event, and I loved it. He was funny and engaging. I came away exhilarated, and that was before I started writing.

Elaine, if you keep putting off getting that book out, you'll never do it. Do it! Not everyone will like it. That's just the way it is. I didn't like The Help, a book practically everyone loved. We aren't going to please everyone. Writers must grow a thick skin. I haven't succeeded doing that, but it's a lot thicker than it used to be.

I've published 6 suspense books, and my insecurity is I know I could have made all 6 better. The 7th is coming out at the end of September, and I'm doing my best to make it the best it can be, but it will never be good enough. That doesn't stop me for writing more though.

Warren, if you've done it before, you can do it again. Your short stories are amazing.

Polly, thank you for stopping by and giving your input. Your books that I've read can't be improved on in my opinion. I've only read two so far, but plan on reading all of them. I just got more positive feedback last night when a friend of mine called and said she was with her sister-in-law and a friend of her sister-in-law and she and her sister-in-law were making such positive comments on my series, that the friend now wants my first two books signed. So two more books sold and I did nothing except write books people she knew liked to sell those two.

Thanks for the pep talk, Polly. I know I'm a big chicken. But then a few years ago I bugged Annette Dashofy to blog. She refused, and she didn't publish until she was ready. It worked for her! When I feel one of my manuscripts is truly polished--I'll query. Thanks!

I like reading your beautiful prose and poetry, Gloria!

One of my writing insecurities is getting the facts wrong, especially in historicals, and being called on it. It leads to over-researching and procrastination.

Thanks for reenforcing the idea that writers tend to be insecure, and that writing for one's own satisfaction is a quite acceptable venture.

I think many of us scratch our heads over books that become best sellers or are otherwise recognized. Not everyone likes the same thing, and I can usually see why a book is so successful, even if it isn't my particular cup of tea. Every once in a while, though, I have to just shake my head and wonder what I'm missing.