When she’s not dreaming up irresistible dessert bars for her Minneapolis treatery,
Bar None, Charity “Chase” Oliver is running after her cat, Quincy—a tubby
tabby with a gift for sniffing out edibles. But what happens when this cat
burglar leads Chase to the scene of a real crime? 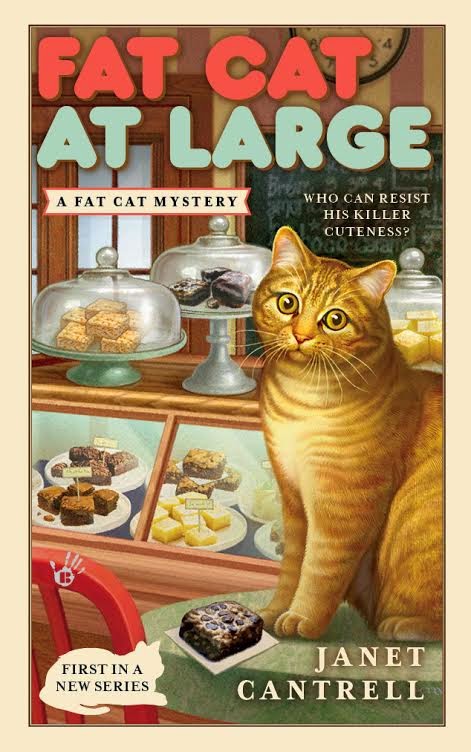 I got a numb bum reading Janet Cantrell’s Fat Cat At Large in my beach chair because the book was an enjoyable fast read. Published and recently released by Berkley Prime Crime, the book is the first in the Fat Cat series. Janet Cantrell is a pseudonym for Kaye George, known for her Agatha nominations. Although the book is written in third person through main character, Chase, I didn’t expect to hear another voice report Quincy’s movements!

I wanted to ask Janet about the book and about her contract with Berkley. Please welcome Janet (Kaye) back to WWK.
E. B. Davis

Would you give our readers a short synopsis of your plot?
Quincy is so clever that, when his diet is restricted, he’s able to get out of wherever he is and seek food. Unfortunately, the first food he finds after the imposition of his diet is in a kitchen where a newly stabbed dead man lies on the floor. As Chase discovers both Quincy and the dead man, Gabe, whom she has recently threatened in front of a crowd at her shop, the Bar None, a stranger walks in, summons the police, and declares that Chase killed Gabe.

Throughout the book, Quincy escapes and causes trouble, but also finds clues.

(This is stated in a much cuter way on the cover copy!)

Do you have cats? I was unfamiliar with the term nictitating eyelid. What is it? 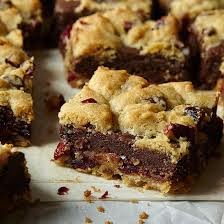 I am catless at the moment, but this is unusual for me. I’ve had cats since I was a little girl. The nictitating membrane is what I’ve always called the third eyelid. One of my cats, Megan, was a real scrapper and would come home with that creepy-looking thing exposed. It looks like a gray film on their eyes. I’ve heard vets call it by its actual name, so Dr. Ramos did, too.

It’s very scary. The first time I saw it, I thought my cat was half dead. She was injured, to be sure, but not as badly as the third eyelid made it look.

I’ll mention that many of Quincy’s antics are taken from my own cats, especially a black rescued feral named Agamemnon. He was so smart! I like to think of him as living on in Quincy.

I assume Dinkytown, the story’s setting, is a real place. Could you describe it to our readers?
It’s a neighborhood near the University of Minnesota. It’s a self-contained area of just a few blocks, mostly little shops with a few residences. It was given the name Dinkytown in derision because it’s a small area with small shops, but Dinkytown is also a cute nickname for a cute little place, and it stuck. 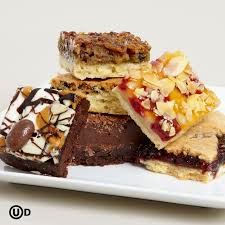 Chase has many problems throughout the book. First, hunky veterinarian Mike Ramos claims Quincy is fat! Why does Chase take it so personally, and how did she get Quincy?
Who disses my cat disses me! Chase takes criticism of her cat’s weight as criticism of her care. She had a tough time when she was living in Chicago, and wanted an animal to comfort her. She fell in love with Quincy at the pound. His litter had been rescued from the beach on Lake Michigan, where they’d been dumped. He was a scrawny little thing, so her goal was always to fatten him up and make him healthy!

Although Chase doesn’t suffer from obesity, has your research shown that the great American obesity problem has been passed from owner to pet?
I, personally, think this is a separate issue. Most housepet cats don’t get enough exercise. This is especially true of inside-only cats. Think about it. A wild cat works hard to get fed. Stalking, chasing, killing, and even eating his prey takes a lot of energy. A modern housecat walks to the bowl and chows down. Most owners, including me, feed their cats as much food as they want to eat. I always left the food out all the time. Some of my cats were over their ideal weight, some weren’t. But even my overweight cats weren’t highly obese, and neither is Quincy. He just needs to slim down some to be ideal. 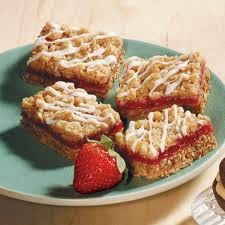 Chase sings show tunes to herself while pondering. Do you sing show tunes to yourself at odd times?
What do you consider an odd time? Right now I’m humming something. I can’t even tell you what it is, just a little ditty that sprang up. But I always have background music playing in my head. I wanted Chase to be more specific with her music, so I chose show tunes. This is also a connection between her and Anna because Anna loves operettas and used to take Chase to summer shows when she was a child.

Almond Cherry Bars, Pineapple Walnut Cream Bars, Hula Bars, Cherry/Strawberry/Margarita Cheesecake Dream Bars, Raspberry Chiffon Bars, Oatmeal Raspberry Jam Bars/ Peanut Butter Fudge Bars, Toffee Bars, Lemon (with and without coconut) Bars! I assume you did a lot of recipe research. But how will you come up with new dessert bar recipes with each book?
Good question! I did a lot of research, bought a lot of cookbooks (and downloaded recipes from the internet), and did a lot of baking! As my deadlines approach, I bring a different version to church choir rehearsal every Wednesday night. They’re very good about telling me which ones they like best. I’m about to start giving them the dessert bars for the third book, since the second book is being turned in in a few days.

Chase and Anna are partners in Bar None, but they both have secrets, which complicate their business problems. Do those conflicts change their relationship?
They do, at least temporarily. Chase, as the much younger partner, will continue to feel like a junior partner, but wants to feel like an equal partner—which is the source of some of the conflict. The trust issues in the first book are, I hope, resolved with that story. I loved secondary character Hilda Bjorn. Aside from also slipping Quincy treats, why does Hilda exasperate Chase?
Probably because part of Hilda is modeled after my own mother. She has part of my grandmother’s name, though. My mother’s mother was born Hilda Matilda Swenson. I’ve always loved that name. I loved my mother, too, very much, but we were mother and daughter, after all. Mom always wanted to write novels, and I hope I’m doing her proud. She told me one of her plots once but never got anything written.

Did you propose the premise of this series to Berkley or did they?
No, this series is written on the basis of ideas from Berkley. I was given a few characters, the victim, and a bit of the beginning scenario. I filled in a bunch of characters, the killer, and the motive, plus most of the other suspects.

How did they chose you to author this series? Did you submit an outline before you wrote?
At what point in the process did they want to read the script?
I had just secured Kim Lionetti (BookEnds) as my agent when this idea was put out by Berkley. It was given to Kim at first and she gave it to me, so I was lucky in that I got first crack at it.

I had to come up with a proposal, which consists of the first three chapters and a detailed synopsis of the whole plot. Kim helped me with that, making some suggestions that I took (such as changing the killer). She turned in my proposal and BPS accepted it! I couldn’t believe it, really! I had submitted many, many proposals to BookEnds and all had been turned down. I was even the chosen candidate for a BookEnds agent (who is no longer there) for a project. I assumed, since the agent loved my treatment, that I would get the job. That was a big lesson about eggs and baskets and counting.

I will add that, although I had submitted many proposals, trying to get an agent at BookEnds, the submission that got me signed up was Choke. I sent them a copy. Even though it’s not a cozy, they liked my voice and gave me a chance on FAT CAT.

Even though Quincy lost a fight, he doesn’t consider himself out of shape. Will Quincy lose the 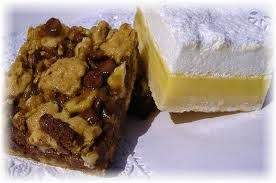 weight and get buff?

He loses a bit, but usually gains it back. I think we’d have to change the name of the series if he got too thin.

What’s Chase’s and Quincy’s next adventure?
The second book, nearing completion, is called FAT CAT SPREADS OUT. Anna and Chase rent a booth at the county fair and Quincy has to come with them on some of the days. One of the big events at the fair is the butter sculpture contest. When one of the butter sculptors is found lying dead next to his sculpture, Dr. Ramos is also found there, retrieving Quincy who is chowing down on the butter. This time Chase wants to help clear his name and find the killer.

You can learn more about Janet Cantrell at: http://janetcantrell01.wix.com/fat-cat-mysteries#!bio/c1ktj or Kaye George at: http://www.kayegeorge.com/novels.html Pick up your copy of Fat Cat At Large before heading to the beach. Happy reading and bon appetit! 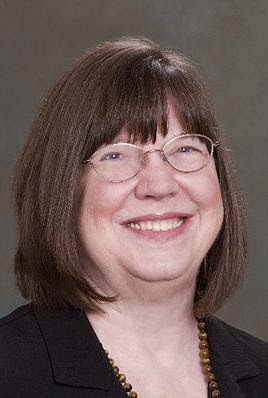 Congratulations, Janet. Two questions: (1) After the first book, what is the process of determining and approving the plot (2) How do you remember who you are?

What is the lead time for the rough draft?
Must it be approved before you proceed?
Do you have a series arc that was approved at the start of the series?

It was neat to actually meet you (at Killer Nashville.)
I've always enjoyed your work.

Can't wait for my copy to come in.

Elaine, the entire detailed synopsis is approved. About 8 months later, the polished ms. is delivered. There are edits from there, of course, sometimes substantial. Yes, the synopsis plus 1st 3 chapters (called a proposal)have to be approved. The only series arc, implied, was the romance. I'm doing a few others.

Mmmm, that book looks great, Janet! Thanks for stopping by!

Can't wait to read it!

Kaye/Janet, it sounds like a fun and delicious read. Too bad that I'll be able to read it and drool, but won't make any of the recipes from the book. Living alone, I can't afford the sweet calories of eating a whole batch of cookie, etc.

Thanks, Sarah and Kathy and Gloria! It's not necessary to make the recipes, I'm sure.

Fat Cat At Large sounds like fun, Janet. Quincy's love of food reminds me of a cat I once had.

Your church choir must be thrilled to test your desserts! I'm drooling just reading the descriptions.

Just one comment: Why, oh why, did you post those pictures? I'm hungry, and cannot reach through the monitor to sample. unfair.

It was mean! I'm so sorry, Carla. Before you read the book, though, make a batch of bar cookies (raspberry oatmeal or date bars are my favorites). I could see you making the bar cookies and reading in that house you rented for vacation. It's a cozy place to read a cozy while being cozy.

I've read Kaye George stories, and now I'll have to add Janet Cantrell ones to my TBR list.

I love the stories, so I'm looking forward to a longer dose with the cozy mysteries.

Thank you for giving us this fun interview.

Great interview, Elaine and J/K/J.
I look forward to reading the first in this series.