The Pain of Arriving at “It’s Just Not for Me” 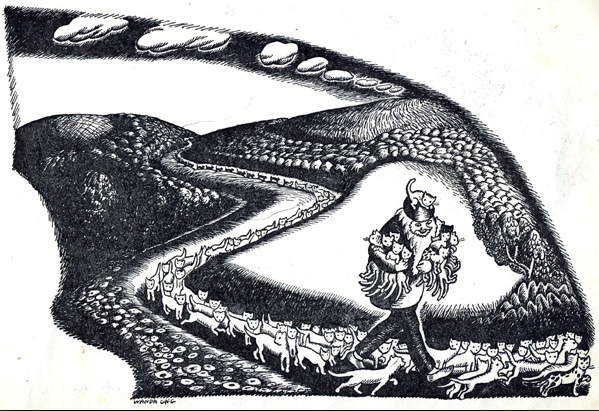 For the second year in a row, I’m a mentor for Brenda Drake’s Pitch Wars contest. Last time, I gave a pretty comprehensive behind-the-scenes look at what it’s like trying to pan for gold in a huge writing contest.

This time around, I thought I’d talk a little more in depth on the very worst part of the contest: Seeing great work and then having to say no.

It’s particularly painful because most writers know what it feels like to put their best work out there and then to be told no—sometimes for a vague reason. Or for a reason that seems so minor that you just want to throw your hands up and say, “Why is that a no? That’s an easy fix.” Or you just get the dreaded “I just didn’t connect with this manuscript.”

I’ve been there on all of those and totally understand how frustrating rejections like that can be to receive. But thanks to this contest I also know how frustrating the flip side can be.

This year, there were more than 1,200 entries—double last year’s totals. Each entrant could pick up to four of the 75 mentors to submit to, using posted wish lists and preferences to figure out who might like what.

Though none of us are agents or acquisition editors, the whole aspect of the “hunt and peck” method of trying to match your manuscript with someone who might love it is very similar to trying to find the right match “for real.”

And sometimes that leads to the same annoying answers as above.

I narrowed my wish list this year and got 78 submissions, most of which were adult mysteries and thrillers, as requested.

Out of those 78, I was required to pick two writers to mentor—one will be my main mentee and the other will be an alternate.

Which means I have to say no to 76 manuscripts.

Not an easy thing—not only as a fellow writer but because approximately 90 percent of those manuscripts are something I could say yes to.

Going through the entries, I ended up with a huge “maybe” pile. Very few pitches ended up in the “no” pile right away and most of those were because the word count was hugely off (below 50,000 or above 120,000). Probably eight or so were flagged right off the query as having mentee potential. That number grew as I sifted through the maybes, looking at both the pitch (for a second time) and the submitted pages (one chapter).

So, what separated the maybes from the “check out more pages” from the two people I choose after eventually reading requested pages?

The same bit of “it” that seems to separate a “yes” from a “it’s just not right for me.”

As to what that X factor is, I still don’t know, and I’ve felt it 90-plus times recently.

Which makes me a little bit more understanding of those vague responses we all know and hate.

Because sometimes the reason is vague. Sometimes the idea and/or the writing is there, but it really isn’t just for you. Or it’s all there, and it’s for you but there’s something that puts you on the fence.

Obviously, because of the parameters of the contest, I was in a frame of mind where I really did just have to pick two writers. Agents and editors can sign however many writers they feel comfortable adding within a certain amount of time. They aren’t limited. But, that said, they still can’t take on every manuscript and writer that they like.

On Twitter, I likened this phenomenon to the classic children’s book Millions of Cats by Wanda Gag. In that story, a little old man goes out to find a feline companion to bring back to his wife. He stumbles upon a veritable kitty sea and can’t decide which one to bring back, so he brings back ALL of them—“hundreds and thousands and millions and billions and trillions” of cats.

As you can imagine, this ended badly: With all the cats (save one) eating each other when he asked them to decide among themselves who was the prettiest cat. The surviving cat didn’t even compete. That’s how it lived.

Just imagine if we asked writers to do that when gunning for a shot at a mentor/agent/editor.

So, that mentor/agent/editor has to use his or her best own judgment—even when something isn’t actually wrong.

How do you deal with the vague subjectivity of the literary world?
Posted by Sarah Henning at 12:00 AM

You describe a real part of the publishing business. At Killer Nashville this year during the round tables I was glad I was not in the position of choosing who to follow up with. The presentations were awesome.

I just keep plugging away and hope luck goes my way. What else can you do when quitting is not an alternative you choose?

Sarah, I can't imagine reading 78 submissions and trying to pick from them. Once I had to judge a poetry contest for humorous poems and I didn't have anywhere near as many as you had, and I found it difficult to pick the top three.

Thanks for being one of the folks who support fledgling authors by being willing to undertake these daunting tasks!

How did the authors you worked with last year do? Anybody successful in getting an agent or a contract?

This whole submission process is so subjective and subject to the whims of fate. All we can do is remember that "Luck is when preparation meets opportunity," and keep plugging away.

Jim said it for me. It is hard to deal with, but sometime/somewhere your turn comes with enough endurance!

It must be difficult to choose just two, Sarah. There are many wonderful writers with good stories to tell. Also, I'm impressed that you made time to read and consider 78 submissions.

KM-One of the three from last year is now agented and on sub. One has had a bunch of agent interest but has yet to sign. The other is still plugging away. They're all very talented and I'm sure they'll end up somewhere!