What prompted you to create an anthology?
The idea for the anthology series came from the late Martha Pennigar, who was at that time president of the chapter. Partway through the editorial process, she had to withdraw from

coordinating the anthology, so I (Donna Andrews), then the new president, picked up the reins. I was coordinating editor for that volume. It’s a big job, so I enlisted Maria Lima for the second volume. Marcia Talley replaced Maria for the third volume, and when Barb Goffman joined the team for the fourth volume, we knew we had such a winning combination that we’ve kept it going ever since.

Chesapeake Crimes (now Chesapeake Crimes I) came out in 2004 from a small, local traditional press that seemed like a good bet at the time, but by the time Chesapeake Crimes II came out, we realized they were having financial difficulties and not dealing with them responsibly. So we got our rights back, and in 2006, volume two was re-released by Tidewater Publishers—also a small, local traditional press, but a more long-established one—it was a division of Cornell Maritime Press. But when Tidewater was acquired by Schiffer Publishing, our anthology series no longer fit into their publishing plans, so we moved to Wildside Press for volume three and have been with them ever since.

How did you develop a theme for your anthology?
For the first two anthologies, we only asked for good short stories. With the third, we asked the 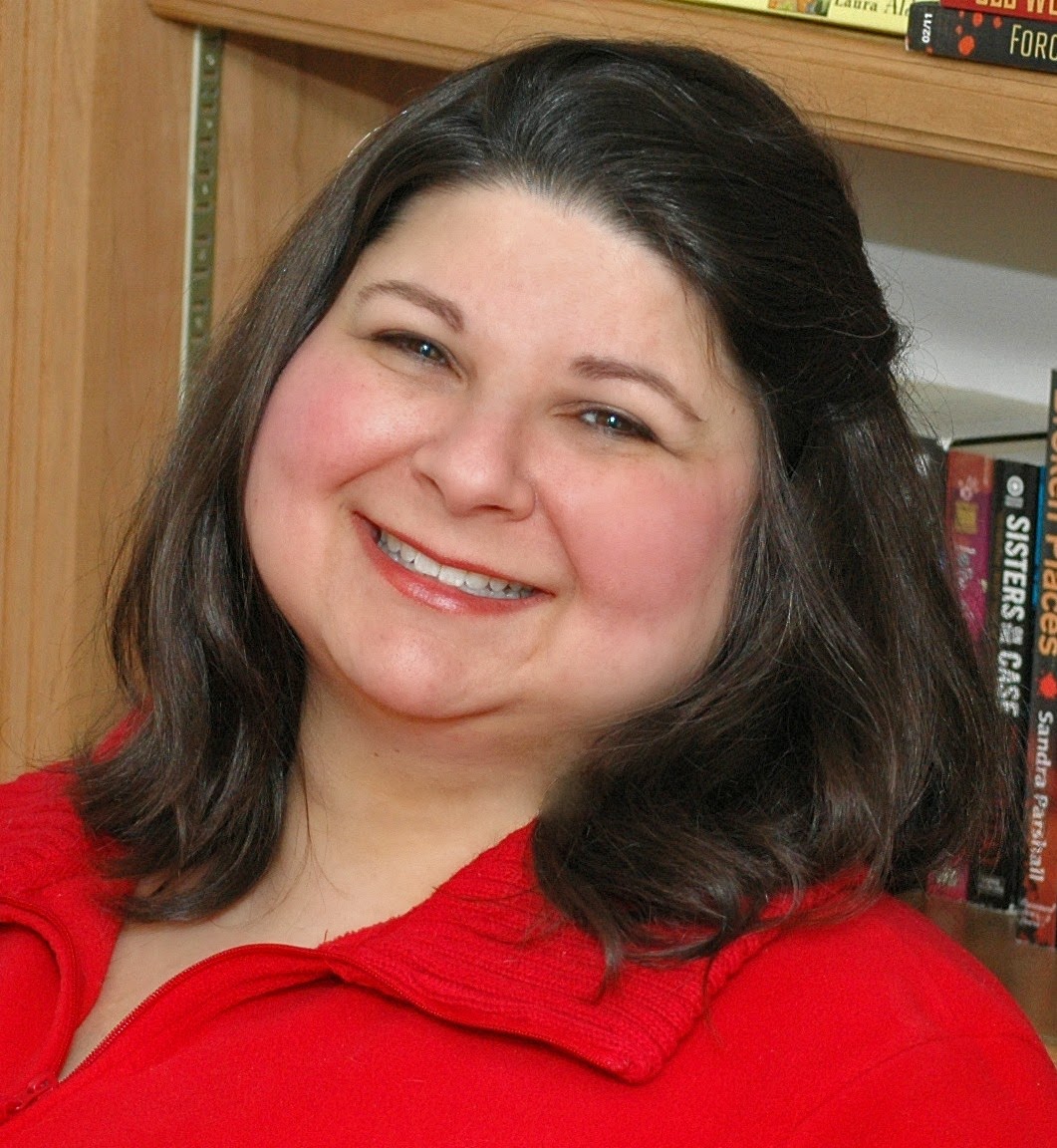 writers to set their stories in the Chesapeake Bay area. When we began working with Wildside, publisher John Betancourt suggested the idea of the theme, so we came up with “They Had It Comin’” for the fourth volume. If we come up with a theme that all three coordinating editors like, we run with it, and so far we’ve been pleased with the response.

Do you develop a “local” theme to entice readers in your area?
When we do events and other publicity, we try to highlight the fact that our authors are local. But we’re also aiming to attract readers from other areas, so we don’t want too local a theme. Moreover, if we required all the stories in every volume to be set in the Chesapeake Bay area, we might have a harder time getting the diversity we want.

How long did you give your writers to submit stories?
We announce the theme around nine months in advance. We want to give our authors a thorough chance to mull over ideas, write drafts, work with their critique partners, edit, edit, edit, and then submit the best stories they can. Since we have the time in our schedule to announce our themes way in advance, we do so.

Did you adhere to the guidelines set up for anthologies by SinC?
Our first anthologies came out before the guidelines were established—back in the day when a chapter couldn’t itself issue an anthology and we had to set it up as a group of chapter members producing an anthology to benefit the chapter. Then Marcia and I (Donna), who were both on the national board around that time, served as members of the committee that created the guidelines, using our experience and that of a few other chapters who’d done successful anthologies as a model. So having been instrumental in creating the guidelines—of course! 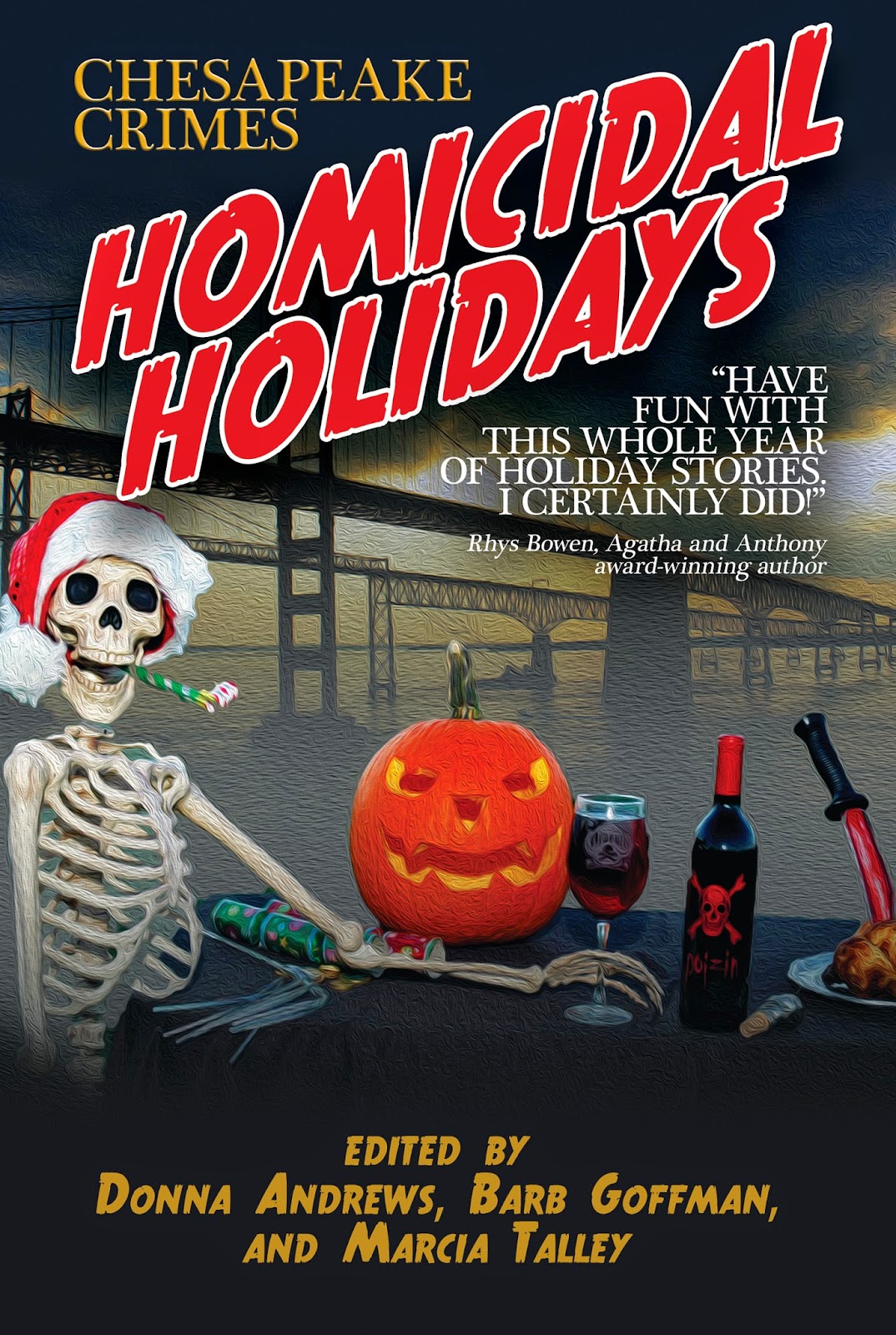 What was the response to your query for stories among your writers?
We generally have a pretty good response to our call for submissions. We’ve reopened submissions only once due to a shortage of stories, and that was the year we only gave people a few months’ notice AND had New Year’s Eve as our deadline. We’ve learned from that mistake. Our anthologies have had between thirteen and twenty stories, and we hope to get at least twice and optimally three times that number of stories to choose from.

What were the criteria for selection?
To submit, you have to be a chapter member. Then our editorial panel selects a slate of what they consider the best stories to make up the anthology.

Were the stories judged blind? How did you obtain judges?
Yes, we have blind submission. For each anthology, we invite three or sometimes four writers to
serve as our editorial panel. So far we’ve had a different editorial panel for each volume, which we think is fairer to the writers who submit—if one editorial panel doesn’t like a writer’s style, the next might. The editorial panels so far:

Did you hire an editor?
No, we use in-house, volunteer talent for that. For the first volume, I (Donna) served as editor. I was joined by Maria Lima for the second volume, by Marcia Talley for the third, and for the fourth, we came up with the triumvirate that continues today—Barb Goffman, Marcia Talley, and me. All three of us have substantial editorial experience (with Barb even running her own editing business). We work closely with the contributors to polish their stories, often going through multiple drafts. I should add, for two of the early volumes, the editorial-selection committee editors assisted with editing, though doing so isn’t a requirement to serve on a selection committee.

Was any thought given as to the order of the stories in the anthology?
In early anthologies, we simply went alphabetically. Lately, we’ve been trying to play with the order 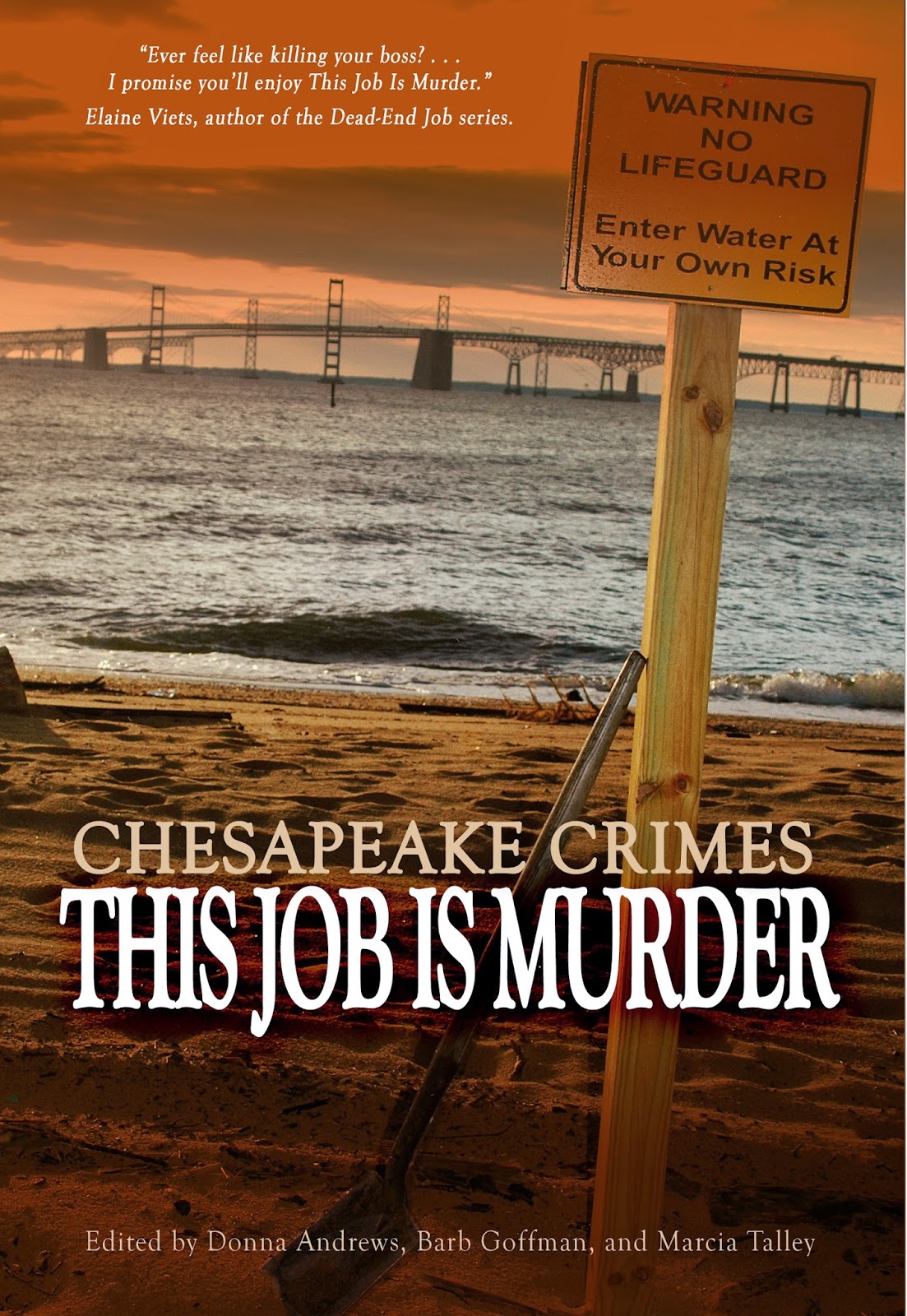 to set the right tone for the book, as well as to ensure we don’t have two somewhat similar stories right after each other.

How did you find a publisher, and who published your anthology?
We approached small local traditional publishers. As we related above, we were unfortunate in our first choice, happier in our second, and the third time, with Wildside, has been a charm.

With our initial publisher, no. Tidewater Publishing chose to illustrate the second volume with a landscape from the Chesapeake Bay area. We liked that theme, so we’ve kept with it. The cover of the Lulu.com rerelease of CCI features a bay photo by Marcia, and with Wildside, we have provided the cover art, subject to their approval, and with their help in fine tuning it. Author Meriah Crawford provided the photo for CC3 (in which she had a story). They Had It Comin’ features one of my photos, with a sinister trench coated figure added by Stacey Logan, our graphic designer. Robin Templeton, another chapter member who in addition to being a Malice grant-winning author is also a professional photographer, did the cover photos for This Job Is Murder and Homicidal Holidays. And since one of her stories was—blindly—selected to appear in Storm Warning, I suspect we might be able to convince her to do some photography for that one as well.

How are you promoting your anthology and do you have a budget to do so?
We always have a launch party open to the public where we tend to sell a lot of copies. We also ask all our authors to promote via social media and to reach out to their local libraries to set up events. In the past, Barb has written and sent out press releases that got some traction. We always have bookmarks. And since our anthologies typically come out in the spring, we place ads in the Malice Domestic program book, since Malice occurs around the same time. This year, with Homicidal Holidays coming out on October 7th, we’ve placed an ad in the New England Crime Bake convention program book, reminding readers that Homicidal Holidays would be a great holiday gift. (Crime Bake occurs in November, and Homicidal Holidays has several Christmas stories, as well as stories set on other holidays throughout the year.) The chapter has helped with costs for the launch parties and some of the ads and bookmarks, and the authors typically voluntarily help out, too. 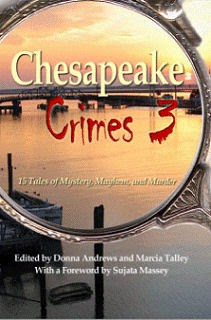 Do you think that there is a resurgence of interest in short stories?
The rise of e-readers seems to have been a boon for short stories. Many shorts are sold individually for fifty cents or a dollar, an attractive price to try a new author, and certainly to buy a story from an author you love. E-book versions of our anthologies typically are sold for less than $4, which we hope will entice readers. With people so very busy these days, a short story is ideal. You can fit it in when you have a spare few minutes, whether you’re waiting for an appointment or want to read something complete and satisfying in the half hour before bed.

Have any of your anthology’s stories been nominated for awards?
Yes, we’ve had nominations or wins with each volume:

Are you planning other anthologies?
Yes. We consider this an ongoing series, with a new volume coming out every two years. As noted above, our sixth volume, Homicidal Holidays, will be published on October 7th. We’re currently editing stories selected for the seventh, Storm Warning. And we’re already thinking about the theme for the eighth.

It's amazing how much work goes into each of these anthologies. Thank you to everyone involved! The results are impressive. I have Chesapeake Crimes 3 on my nightstand now, and it has exceeded my high expectations!

I've read and enjoyed every Chessie anthology and am a proud member of the Chessie Chapter. I'm not surprised there are so many award nominees and winners.

So glad you're enjoying Chesapeake Crimes 3, Susan. And very happy you've liked all the books, Paula. We hope to get as nice a reception from readers when Homicidal Holidays comes out in October.

I've heard so many good things about the Chesapeake Sinc chapter. I bought Chesapeake Crimes 3 anthology at Malice and have been reading the stories slowly because this is my busiest season inside writing and outside gardening. Also, I came home with too many books to read quickly especially since I belong to two book clubs and those books need read first. I will say, I've loved the stories in the anthology that I've read so far.

Thanks for the interview. The Chessie chapter is a very active one, and the anthologies are top notch!

Thanks, Gloria and Kathleen. Happy reading!

A nice interview! Even though I've known a lot of the history with this series, I learned a lot myself here!
Art

Thanks, Art! We've been so pleased to include your stories in the series.

Thanks so much for answering my questions, Donna and Barb. When I first joined the Chessies, I bought all the anthologies and enjoyed reading them. I've also had the privilege to be included in two of the six volumes. Can't wait for the release of Homicidal Holidays. Thanks, again!