Of Writing and Murder and Being Considered Sane in Public 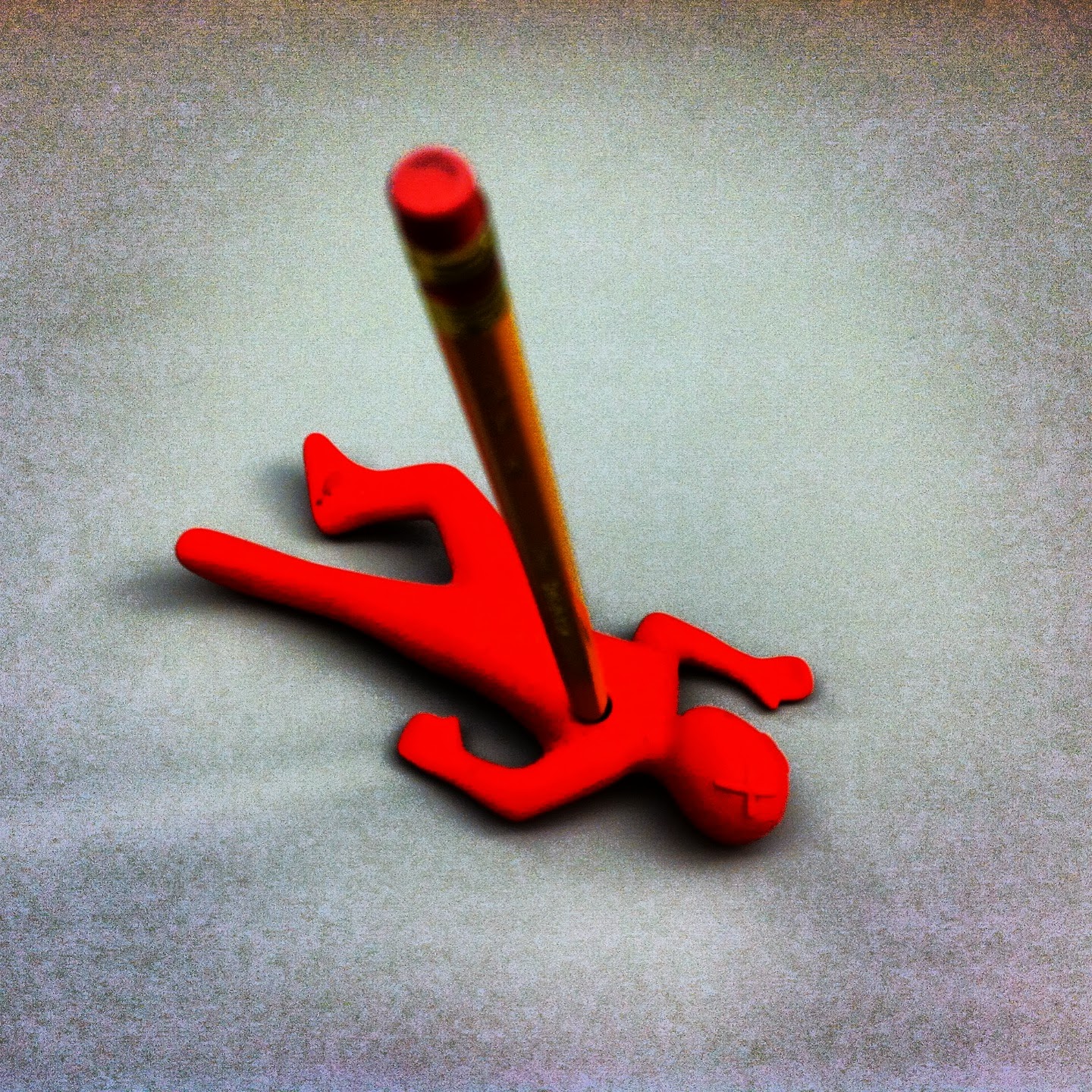 Let’s talk about murder for a second.

It’s the reason we’re all pretty much here, right, reading a blog called “Writers Who Kill”?

Because to write a mystery, you’ve got to bloody somebody’s fictional hands.

It’s just the way it goes. From Agatha to Stieg and every writer with a story in between, we’re all fictional murderers if we’re writing mystery. That’s just the way things are.

And therein lies a tiny little problem when I (and probably you) tell people what I write.

The conversation usually goes a little something like this.

“What do you write?”

“Outside of newspaper stuff? Mysteries.”

“Really? You seem so nice…”

The thing with writing mysteries is that folks think you secretly want to kill people.

Which isn’t true in the slightest.

Mystery writing isn’t about the murder.

It’s about finding the truth in the puzzle.

It’s about exposing the guilty, not glorifying what they’ve done.

Which, out of context, makes me (and you) sound completely insane.

In fact, I’ve had many a dinner or lunch meeting or writing date with writer friends where the discussion often veers into ideas on how to off someone in a book. What’s reasonable. What’s far-fetched but cool. What really fits into the storyline. Etc.

I just visited two of my writer friends in North Carolina, and fresh off the plane, my friend Renee shuttled me to a giant Whole Foods for lunch. As we chowed down on garlic-y kale in the store’s café, we discussed, probably a little too loudly, how I’d like to do a sort of fictionalized update of In Cold Blood.

Thus, there we sat, two bright-eyed chickadees chatting about bodies and blood spray in a farm house, a town on lockdown and the horror that comes from what seems like a completely random crime.

A couple of other folks were in the café, and I’m sure anyone listening in was mentally deciding whether he or she would get enough cell reception in a café bathroom to call the cops on us or if it would be best to just get up and walk out before the conversation got worse.

At least we gave those folks a really interesting Thursday afternoon.

Why do you gravitate toward writing mystery?

P.S.: The pic at the top is of a little guy my hubby bought me after I’d written my first in-the-drawer mystery. My special pencil holder has been terrifying coworkers and getting laughs ever since. And he’s the perfect metaphor, no?
Posted by Sarah Henning at 12:00 AM

My focus is on the unraveling of financial crimes. Sometimes financial crimes only work once someone has been killed. In my books, those people are in real jeopardy. And other times murder seems a logical way to keep people from talking – although that doesn’t tend to work out well for the bad guys either.

In CABIN FEVER, coming out this coming March, my main character, Seamus McCree, speculates to a law enforcement officer about the possibility of a mass murder. The cop's reaction is to look at Seamus as though he has two heads and says something about it would take one sick f*ck to do that. Although we see that scene through Seamus's eyes, surely the cop now considers Seamus pretty weird because he could even come up with something like that.

And that’s the way lots of people look upon mystery writers – but who cares what they think as long as they read our books?

I write mystery for the very reasons that you stated, Sarah. Figuring out the puzzle, and while doing so show how characters react, how they grow, and how the experience changes them. I'm a firm believer that we grow and change everyday. Extreme situations foster the most change, like say, murder.

I often write about how adults impact children, including child abuse. I've found that readers tend to think that the writers are their main characters--which means that we have problems, big problems because we heap them on our main characters. They come from our imagination just as much as from our experience. I hate to be confused with my main characters! Readers don't realize that as the author, I'm controlling the main character and his world. In reality, I have no such luxury.

I've had some interesting conversations, often in public, with some of my buddies who I use as sources (a few of them are actually good friends, and willing to share a lot with me) At one point, I was talking to a fellow who wouldn't appreciate me identifying him further ("When you been on the front page of the paper charged with twenty some counts of murder, you don't want nobody bringing up your name in public no more. And no, I didn't kill all of them. They was trying to clear the books on me.")When I said something about a murder conviction, he got a little loud and insisted, "That was manslaughter, not murder. The judge said so. I only did 10 years." For some reason, the people around us finished up their lunch & left quickly.

I love the puzzle aspect of mysteries, but I love them best when they are wrapped in a good story with terrific characters.
Love your little Red Guy - does he have a name?

I like to write mysteries to figure out a puzzle and to dispense justice. It's a satisfying feeling when characters get what they deserve because it doesn't always happen to people in real life.


Shari, I was given a little red guy like yours with a note pad by a sister-in-law of a friend of mine, who read my book and enjoyed it so much she wanted to give me something.

I often introduce myself as the little old white-haired lady who kills people. That creates some raised eyebrows until I explain myself. Once in a nature museum, something in one of the exhibits sparked an idea and I said to my sister, "I've finally figured out how I want to poison someone." She shushed me, looked around and then quickly moved away from me.

I read mysteries to solve the puzzle, but I want well-developed characters, too.

I can absolutely relate to this! I spent ten minutes in Lowes standing in front of a gigantic aul because I could think of all kinds of nefarious uses for it. It's just how we think!

These comments are hysterical! Love the stories!

Oh, and my pencil holder doesn't have a name. Shall we name him?