An Interview with Gigi Pandian

Gigi Pandian took a circuitous route to publishing. After winning the Malice Domestic Grant, becoming a finalist in the 2009 St. Martin’s Contest for First Traditional Mystery and obtaining an agent, Gigi formed her own publishing company. Few of us have the skills to do that, but Gigi is a graphic artist and a writer. After she published, Artifact, her first Jaya Jones Treasure Hunt mystery, Henery Publishing offered her a three-book deal. I became acquainted with Gigi when our stories appeared in the second SinC-Guppy anthology, Fish Nets, and read her book. Please welcome Gigi to WWK.                                  E. B. Davis

You were a finalist in the St. Martin’s contest in 2009 for the Artifact manuscript. It finally came onto the market in 2012. Why did it take so long, and how long did it take you to write Artifact?
It takes a long time to learn how to write a good book! I began taking my writing seriously in 2007,

after I was awarded the William F. Deeck Malice Domestic Grant for Artifact. It took two more years to learn how to craft a great book. After that, I got an agent pretty quickly. We started hearing from publishers that I had a cozy “voice” but my mystery wasn’t a cozy – it’s an international adventure in the tradition of Elizabeth Peters.

While my agent was pitching the book, I was diagnosed with aggressive breast cancer – the month after my 36th birthday. Based on the feedback my agent had received, I knew the book was ready to be out in the world. I had a year of cancer treatments ahead of me, so I decided to throw myself into the project of publishing the book myself. I was so glad to have that inspiring project to work on during chemo. Artifact originally came out the month after I completed my cancer treatments. After the book received great reviews, including being named a “Best of 2012” Debut Mystery by Suspense Magazine, Henery Press requested an advance copy of the second book in the series, then made me an offer to pick up the whole series.

How do you pronounce Jaya?

Jaya is pronounced with a hard “J” and rhymes with “Maya.”

From your biography, I found that Jaya and you share many characteristics. Tell us about Jaya.
Jaya was born in India 30 years ago to an Indian mom and a hippie American dad who was in India to find himself. After her mom died when she was seven, her dad took her and her brother Mahilan from Goa to Berkeley. Jaya grew up and became a historian. As for me, one of my parents is from India (my dad), but I was born in California and dropped out of a PhD program to go to art school instead!

As a history professor working on getting tenure, Jaya’s expertise is in the trade route and military skirmishes of the British East India Company. But she is unfamiliar with Indian jewelry—so she seeks out an expert. How much of the BEIC history and details of Indian Royal Jewels is fact? 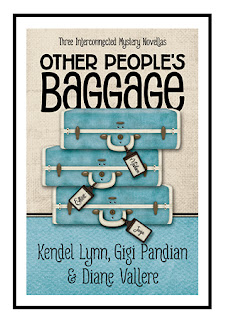 not a historian, but I was once in a PhD program myself, so I know how to do research. That included using the Malice Domestic Grant funds to travel to the UK to visit the British Library, as well as consulting experts to make my scholarly information was accurate. The history of the Picts, the British East India Company, and challenges of studying Indian art are all true.

With all the deception Jaya has to discern, I was surprised to find that Jaya trusts two crusty Scottish men, Angus and Fergus, who believe in fairies. What possesses a scholar to trust in the men and mythology?

Part of Jaya’s charm is that in spite of the things she’s experienced in life, she’s not jaded. Besides, how could anyone not love Fergus and Angus? J The two regulars at the Scottish pub are based on real people I’ve met – they’re the grandfatherly type of guys who can entertain you with stories for hours, even if you don’t believe half of what they’re saying. Jaya doesn’t believe everything they tell her, but as a historian she appreciates hearing about local lore. Legends are based in a grain of truth, after all.

You have an interesting blend of Russian, Indian and British cross-cultures in Artifact. Is your world cross-cultural?

Definitely. My dad is from India, my mom is from New Mexico, and I grew up in the great melting pot of southern California. I also traveled with my parents a lot as a kid, something I’ve continued to do in my adult life. When I began to write a book, it was a given that my characters would reflect the world I knew.

How do Indian and Scot lore tie together?

I think I’ll answer this question with a teaser for Artifact, so that I don’t inadvertently give away too much of the mystery!

Historian Jaya Jones discovers the secrets of a lost Indian treasure may be hidden in a Scottish legend from the days of the British Raj.

Your parents are archeologists. As a child, did you think of their sites as treasure hunts?

My parents are cultural anthropologists, so they traveled for on-site research, but not archaeological digs. But those travels were often like treasure hunts. During one of my mom’s summer research trips to Scotland, she was looking for a particular headstone in a large cemetery. I was starving and all I wanted to do was go eat lunch. We couldn’t leave until my mom found the research she needed, so I ran around the graveyard on a quest to find the name she was after. I found it.

Are you an Armenian/Indian American? (I dare readers to say that fast three times!)

Based on the “ian” ending of my last name, lots of people assume the name is Armenian. Pandian is actually a Tamil (south Indian) name. The spelling used to be Pandyan, from the Pandyan dynasty of India.

What is in store for Jaya in Pirate Vishnu, and when will it be released to the market?

Pirate Vishnu comes out from Henery Press on February 11, 2014. Here’s a teaser:

A century-old treasure map of San Francisco’s Barbary Coast.
Sacred riches from India.
Two murders, one hundred years apart.
And a love triangle…
Historian Jaya Jones has her work cut out for her.

1906. Shortly before the Great San Francisco Earthquake, Pirate Vishnu strikes the San Francisco Bay. An ancestor of Jaya’s who immigrated to the U.S. from India draws a treasure map…

PRESENT DAY. Over a century later, the cryptic treasure map remains undeciphered. From San  Francisco to the southern tip of India, Jaya pieces together her ancestor’s secrets, maneuvers a  complicated love life she didn’t count on, and puts herself in the path of a killer to restore a revered treasure. 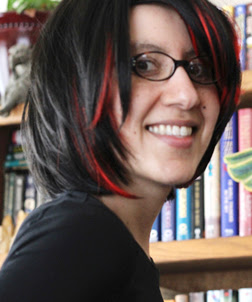 In the meantime, to bridge the six months between the re-release of Artifact and the release of Pirate Vishnu in early 2014, this October I’m giving away a Jaya Jones Halloween short story exclusively to my email newsletter subscribers (http://gigipandian.com/newsletter/ ).

Your preference, beach or mountains?

Mysterious, foggy, remote mountains with a castle in the distance J

Thanks for having me on WWK!

Gigi Pandian is the child of cultural anthropologists from New Mexico and the southern tip of India. After being dragged around the world during her childhood, she tried to escape her fate when she left a PhD program in favor of art school. But adventurous academic characters wouldn’t stay out of her head. Thus was born the Jaya Jones Treasure Hunt mystery series. Find Gigi online at www.gigipandian.com.

Sign up for Gigi’s email newsletter to receive a free, exclusive Halloween-themed short story in the Jaya Jones Treasure Hunt Mystery Series this October: http://gigipandian.com/newsletter/.
Posted by E. B. Davis at 12:00 AM

Tell us more about it,

Yes, I want to know more about the new series, too, Gigi! Plus I want to know how you obtained a deal on a proposal--that sounds like the ideal way to do it. Works for nonfiction, but I've rarely heard of it happening in the fiction world.

Thanks for sharing and congratulations.

Welcome to WWK, Gigi. I loved Artifact and can't wait to read your next book. February seems so far away.

Gigi, your books make me think of the Vicky Bliss series - one of my absolute loves. I am so glad you are going to be writing more! Many congratulations and best wishes.

Welcome to WWK, Gigi! I, too, am eager to hear the details of your new deal.

Thanks for the good wishes for my new book deal! My agent sold it to Midnight Ink in a 3-book deal. I'm excited that I'll be alternating between the two series.

Here's the short description I posted on my blog yesterday:

The Accidental Alchemist is the first book in a new mystery series about alchemist Zoe Faust and her gargoyle sidekick, Dorian, who was accidentally brought to life by a French stage magician. It's set in Portland, Oregon, but like my Jaya Jones treasure hunt mystery series, this one also involves a lot of history from different parts of the world.

E.B. you asked for more details about the deal. My agent pitched this new series idea on proposal, which meant 3 chapters, a thorough synopsis, background details about key characters and setting, ideas for future books, my background and writing accolades, book blurb ideas. Several fiction authors I know have sold on proposal, so while it's an uphill battle, it's doable!

Shari -- I'm so glad my writing makes you think of Vicky Bliss! I'm amazed and gratified and humbled that so many people find that to be the case. Those books by Elizabeth Peters are what made me want to become a writer.

Great interview, Gigi! I'm so happy for everything that's happening for you!

Congradulations, Gigi, and very good luck with this series and your new one.
Patg

Double congratulations, Gigi! Wishing you much success with both series.

Gigi, congratulations and thanks for being with us at WWK. Does research lead you to story ideas or does the idea direct your research?

Paula, I always *think* I know what I'm going to write about, and then my ideas shift once I begin research and I come up with ideas I never would have thought of without the research. It's a fun process.

Gigi--I know you'll be one busy writer, but this has been fun. Please come back again--when the next book is released. That day job might bite the dust. Thanks so much for the interview.

Thanks so much for inviting me, E.B., and for the whole WWK team for having me today!