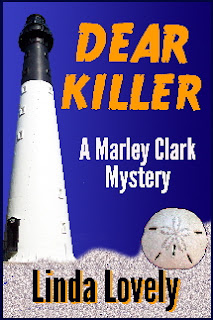 1. Could you give our readers a synopsis of your Marley Clark series?

Marley, a 52-year-old widow, is retired military, and she’s working security to keep mind and body busy. Her security job and skills give her plenty of opportunities/reasons for becoming involved in solving murders and other mysteries. She’s recently come to realize her late husband would not want her to remain a loveless, lonely widow, but returning to a world of courtships and relationship challenges often leaves her befuddled. Marley is smart, fit, and sexy. She has a keen sense of humor and some interesting (and funny) friends.

2. When will With Neighbors Like These be released? Can you give us the jacket paragraph?

I’m aiming for late 2013, though recent distractions (good ones) have caused a slight delay. For example, I just signed contract with a narrator to produce a Dear Killer audio book and need to provide notes about the “voices” I hear in my head when my characters speak.

In With Neighbors Like These, Marley’s best friend (Janie) has started a business that offers management services, including security, to homeowner associations (HOAs) throughout the seaside county. When squabbles among homeowners turn vicious, Janie turns to Marley for help. Then someone’s murdered. And another murder quickly follows. Both death scenes are staged to humiliate the deceased. Since the murders aren’t confined to a single HOA, it’s a stretch to believe testy neighbors are the villains. Yet tempers are boiling. Could the second murder be a copycat crime? Marley suspects a different murder motive is in play. Braden, Marley’s love interest in DEAR KILLER, is back in the Lowcountry, too! 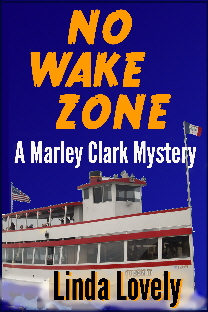 3. Your main characters aren’t cozy. Marley has a tough edge. She swears. She owns weapons and knows how to use them. Is this due to her military training or would Marley still possess these attributes without her military experience?

I wanted a series heroine who would logically have the skills and experience (and a job) that would allow her to become involved in investigating and solving crimes. I chose a military background for Marley because my best friend since kindergarten is a retired military intelligence officer and was kind enough to share a lot of her experiences with me. As far as the swearing goes, Marley mostly uses “milder” swear words that my own mother might have used if she dropped a hammer on her toe or found a dead body. I can tell you if I stumbled over a corpse, I would utter something stronger than “oh my goodness.” I hope my language is realistic without being unnecessarily vulgar.

4. Water is a common theme in your work. Does it have a special significance for you?

Yes, I LOVE the water. I grew up next to the Mississippi River, spent childhood and teen summers in Spirit Lake, Iowa, and have either lived near or beside water most of my adult life. I’m an avid swimmer and kayaker. It’s only natural that my characters share my love for the ocean and lakes.

5. Is Dear Island, the setting for the Marley Clark series, real or your creation?

Dear Island is a composite island with features lifted from a variety of communities. I lived in the Beaufort area for twelve years. Engaged in tourism-related public relations work, I visited many of the South Carolina Lowcountry’s delightful communities, historic sites, and cultural attractions.

6. Your secondary characters at times are comical, such as the big shot homeowner association 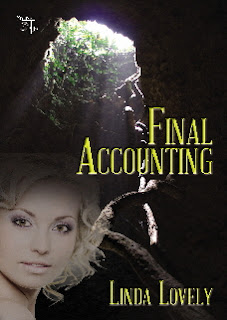 president, who takes himself too seriously or tragic, such as the young brothers who are loose on the island with no parental supervision. Have you lived in communities like the one you describe on Dear Island?

Like Dear Island, my characters are composites. I steal traits from the people (good and/or detestable) I’ve encountered over the years, mixing and matching characteristics as needed. I’ve killed off (on the page!) a number of people who’ve seriously annoyed me. They would never recognize themselves, however. I’ve changed their ages, appearance, professions, and, on occasion, even their gender. What I’ve kept is their core character. In almost any neighborhood, there’s at least one annoying know-it-all, who really ought to find another hobby/interest and leave his/her neighbors in peace.

7. Do you think that being a finalist in the Golden Heart and Daphne Du Maurier contests helped you become published?

Not directly. But entering contests helped me improve my craft. Feedback from judges helped me spot problems in my manuscript I hadn’t noticed. Also serving as a judge has made me more aware of potential flaws in my own manuscript related to pacing and dialogue. Sometimes less really is more.

8. Your publishers include, MuseItUp Publishing, L&L Dreamspell, and Harlequin Worldwide Mystery. How did you find your publishers or they find you?

I met an editor for L&L Dreamspell at a conference, and she suggested I submit to them (L&L is no longer in business). A critique partner who’d published with MuseItUp suggested I submit to that house. I met a Harlequin editor at another conference who suggested my Marley Clark series might suit the Worldwide Mystery line. L&L submitted works by several of its authors to Worldwide Mystery.

9. Why do you write a mystery series and one-off suspense thrillers? Do they both fulfill a function in your writing?

I’m sure I’d be wiser to concentrate in one genre and write all of my books with a cohesive readership in mind. But I have ideas for stories I really want to explore/write that don’t fit my Marley Clark series and location. For example, I just finished LIES, a romantic suspense manuscript set in Iowa in 1938. It’s inspired in part by stories my mother told me about how hard it was for working women in the Depression. I’ve put that book on a shelf to “age” for a couple of months before I return for a final critical edit. FINAL ACCOUNTING was inspired by a troubled young lady I met in college and a visit to Jamaica when my sister and brother-in-law lived there. The idea for MISDIRECTION, a completed manuscript now looking for a home, came from a visit by a director of security for a nearby university to our Upstate SC Chapter of Sisters in Crime.

10. Tell us about your next one-off suspense thriller?

Bonus: Which do you prefer, beach or lake?

I love the beach for walking the shoreline. I love the lake for swimming and kayaking. I can stare at the beauty of either one for hours (but then I’d never finish a manuscript). 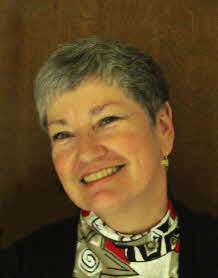 Thanks for letting me spend some time with other Writers Who Kill! You asked great questions.

Anyone who hasn't read a Marley Clark mystery needs to find one ASAP. Looking forward to seeing "With Neighbors Like These."

Can't wait to read the next Marley Clark mystery! Loved the first two -

Linda, great interview! Looking forward to your next mystery.

With clever, witty, and descriptive dialogue and phraseology, Linda's books stand out from all the rest. No one else writes quite like her. I've read a few of her published and still unpublished novels, and I can't wait to catch up on those books I haven't had a chance to read. I know I'm in for a treat.

Thanks, folks. I have such fun writing these books. And it's nice to know there are readers who have fun turning the pages. Am especially pleased that the comments are from some seriously talented authors.

I've read Linda's books and really enjoyed them. Her voice is strong and her phrasing spot-on. I like the humor sprinkled in with the more serious events. With Neighbors Like These is at the top of my list. Write on, Linda!

Thanks for sharing. I admire authors who keep more than one series going,

Thanks for visiting with us, Linda. I'm adding your books to my "to be ordered and read" list. They sound like books I would enjoy.

When I was doing the research for WITH NEIGHBORS LIKE THESE, I was astounded by the number of YouTube videos of neighbor feuds. Some were funny, many were scary and sad.

I enjoyed reading your books, Linda, and now that I've interviewed you, I feel I know you better. Good luck on your series (glad it will be set back at the beach!). I served as my HOA's treasurer for six years, and yes there were some lively topics of debate. One time, I actually hired an arbitrator for our annual meeting. Not much fun, but in fiction, it should be a hoot.

Yes, E.B., much more fun writing about these squabbles than it is participating in them.

I've enjoyed Linda's previous books and am very much looking forward to Neighbors.

I like how your muse dances around from one story to another. Our muses must be sisters!