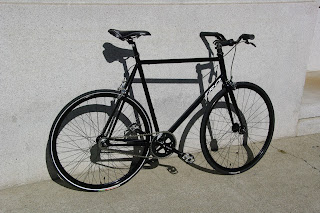 I have read and written about early industrialized societies.  On my recent trip to Tanzania, Africa I had the opportunity to see a country where one additional technological aid would have a dramatically positive effect for the person and his or her family.  I’m talking about one aid 150 years old and in another blog I will discuss one roughly 10, 000 years old.  The devices are well known to the people.  It’s not the knowledge but the cost that is prohibitive.

School-age children often live one to three miles from school.  In this society all members of a family have important duties necessary to maintain the family.  Children have responsibilities before they start toward school and after they return home.  Almost universally, the child travels home for lunch and then back to school again.  Finally after school they head home once more.  It is not surprising that many children do not return to school after lunch.

There is a program that increases attendance from about fifty percent to nearly one hundred percent.  Founded by a pet groomer with her husband’s support, Pets Providing Pedals, is organized to provide bicycles to students.  The program was organized by an American visitor to Tanzania. It is now one of the projects supervised by the Grand Circle Foundation, which is part of a travel company dedicated to, “giving back to the world we travel.”  People we talked with in Tanzania had respect for Grand Circle Travel.

The founders were wise enough to realize they needed someone living in Tanzania to provide hands on oversight.  At the start, a single local bicycle builder/repairperson worked on one bike at a time when he was not employed in making or repairing bikes for other customers.  The foundation staff member knew the project was more likely to succeed if it involved local people and infrastructure from the onset.  New business helped the builder and the community in ways simply importing bicycles could not.  On one occasion the staff member discovered none of the bike tires had been inflated just before presentation.  Giving children bikes which could not immediately be ridden would have been disappointing to everyone.

After consideration people in place decided a child could earn a bike after graduating from the seventh grade if he or she had good attendance and exhibited good behavior in class.

The bicycle provides a primary means of transporting people and goods that is much faster than walking.  Bicycles are prevalent even on heavily traveled highways. The whole family benefits.  Parents are more likely to insist their children attend a full day at school.  Until I saw the system in action, I did not realize the full ripple effect a bicycle could have.

Have you ever seen a small change that made a major difference?
Posted by Warren Bull at 12:00 AM

Warren, it's the same principle of Give A Goat or Heifer International. These are charities that enable people to give livestock to people living in third-world countries. The livestock provides families with a source of income, food, transportation and a way to perpetuate the gift since livestock reproduces. Yes, those little things can make all the difference in life, health and art. Those little things can mean the difference between hope and despair.

What a great idea that was, Warren, and what a rewarding trip it was for you to see and understand a different life style. You learned so much and I thank you, for sharing that with us.

What a terrific idea, Warren. Small changes can make a major difference. Another socially entrepreneurial company that comes to mind is TOMS. For each pair of shoes that TOMS sells, they give a pair to a child in need. They believe that shoes are essential to protect feet from disease. Also shoes are required to attend school in many countries. By giving away shoes to someone who can’t afford a pair, it allows a child to get an education which is vital to breaking the cycle of poverty.

How interesting! I also learn much from your blogs. Hope many bicycles can be given to the children.

Warren, so pleased I read your blog. Thanks for sharing this motivational barter system. Very clever. And refreshing that there are those who are able contribute significantly.