A Bee or Not a Bee; That is the Question


I am an environmentalist. At least I am most of the time. I recycle and compost. I don’t spread chemicals on my lawn to kill weeds or spray my apple trees, flowers or vegetables. However, I will spray poison ivy with Round-up if there is too much invading areas where I walk or work.

So recently when I moved a tub of pine cones in my lean-to where most of my gardening stuff is located and a swarm of what looked like tiny bees flew out, I retreated quickly, but wasn’t willing to get out any wasp spray to spray them because I’m well aware of the plight of the honeybees.

Around 2006, commercial beekeepers began noticing their honeybees were disappearing. They would open their hives and find them full of honeycombs and even honey, but no actual bees. Sometimes the hives would be full of dead bees from CCD; colony collapse disorder. As many as one-third of U.S. honeybee colonies have collapsed or disappeared during the past winter, a 42% increase over the year before. This is a disaster for the beekeeping business which is a big business in this country. Some of the bigger beekeepers have as many as 6000 hives. In addition to local beekeepers, there are those who haul hives to large agricultural farms. From Maine’s blueberries to the almond orchards of central California, bees are at work pollinating crops. The loss of honeybees is a problem for all of us because it’s estimated that one in every three mouthfuls of food we eat is because of bees. For instance, almonds are California’s most valuable agricultural export worth more than its wine grapes and are totally dependent on honeybees. Apples, asparagus, avocados, broccoli, blueberries, and onions are 90% dependent on bees. And the list goes on for foods dependent almost as much on these pollinators.

Scientists are working hard to figure out what is causing the problem. Agricultural pesticides are an obvious suspect, especially a new class of chemicals known as neonicotinoids. Other scientists are working on a parasitic mite or bacterial and viral diseases or genetically modified seeds. 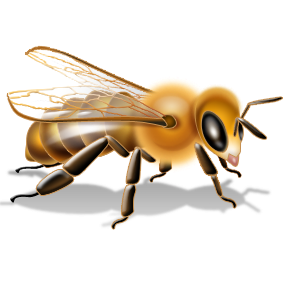 Before I get back to my bee problem, here are some more facts about bees. The life span of a bee is about 20-30 days. During its short life each worker bee will produce one twelfth of a teaspoon of honey. Estimated annual amount by which bee pollination increases crop value is $15 billion. In a single trip, a worker bee can visit up to 100 flowers and carry more than half its weight in pollen. In order to produce 1 pound of honey, hive workers fly a collective 55,000 miles and tap 2 million flowers. A colony typically comprises 20,000 to 30,000 bees. Bees do not hibernate in the winter, but create a winter ecosystem inside the hive and live off honey with the bees maintaining warmth by working their wings. According to Hannah Nordhaus in her 2011 book, The Beekeeper’s Lament, “Honeybees are the glue that holds our agricultural system together.”
I already knew much of what I wrote above before I read TIME’s Aug. 19, 2013 article “The Plight of the Honeybee” by Bryan Walsh, but it is where I got the facts I quoted.

So when I realized I had a problem, I contacted the Trumbull County Beekeepers’ Website and found the names of some beekeepers who will come and take swarms of honeybees. I wasn’t sure that’s what I had because they seemed much smaller than the honeybees I’m used to seeing on my flowers and the dandelions blooming each spring on my lawn and in my gardens. One couldn’t come for three days and another was on his way to Cleveland and said he’d stop that evening on his way home, which he did along with his son and a nephew. He said they weren’t bees, but some type of yellow jackets and needed to be destroyed. They will attack and kill bees even the bumble bees that live in the rafters of my lean-to. That information made me realize I hadn’t been seeing or hearing those bumblebees for a while. They’re large gentle giant bees and not aggressive at all. He recommended I spray the yellow jackets at night and then cover the container with a large plastic bag to keep the fumes in. It took two nights of spraying – one with a new can since my first one was years old – and still they were active. My son came over and sprayed more thoroughly. Then he called later and suggested I pour ammonia in the bin that night. I did that and covered up the bin again, and the next day all but a few stragglers were dead. I was only stung once the day after I sprayed the first time when I moved the container to see if they were gone. Not too smart, right? Actually, several days after writing this, I found out they weren't completely killed and busy rebuilding their nest and starting to multiply again so my battle is not yet won.

Since all life’s little adventures and misadventures are fodder for a mystery writer, I have some new ideas for future books. Killing with bees and/or yellow jackets is not a totally new method of murder. It’s been done before. I know of two books where the author used bees, but there probably are not any totally new methods of murder out there anyway so I am going to use them. The why and how are still to be worked out. Also, this beekeeper was an interesting man. We had a lengthy discussion on bees and other things. He told me a bear had wiped out almost all his hives and that’s when I realized it was probably a bear that had finished off my crop of blueberries. (that's for another blog) He also gave me a bottle of his homemade elderberry wine that had won first place in a county fair wine tasting contest. So he is going to become a character in a future book, too. The wine was delicious, by the way.

So in what way are you helping our little honey makers?

Have you considered not having your lawns and gardens sprayed with insecticides?

Hi Gloria - this is such an important issue. I've just started hearing about it locally through my hairdresser - she did a fundraiser "Beehives for Bees" last month. She partnered with Haagen Dazs ice cream, which is funding honey bee research. http://www.haagendazs.com/Learn/HoneyBees/
Thanks for sharing this info, and I think your beekeeper would be a great character!

My lawns were always greener than my neighbors because mine consisted of weeds and theirs were grass. I never used pesticides for a lawn, and tried to avoid them on anything else. In the south I live in a condo development and have no say in the matter. Too bad.

Up north, I do have periodic problems with carpenter ants at my log cabin. They and other wood-borers call for chemicals. I do not feel guilty about that – I leave them plenty of dead stumps for their eating pleasure.

We still have healthy bee populations here, but it's only a matter of time before our local crops will be affected.

LIke Jim I have a backyard of "native plants" that others might call weeds. We don't use pesticides.

I never put anything on my lawn or vegetable garden. A green lawn or perfect tomato isn't worth any of the consequences of using those chemicals.

No lawns, and no way we dump in the river, however we do spray for spiders once a year.
They sprayed the garages, guess it's time to get my car washed.
Aracnid mobil home looks like it has spotted fever.
Patg

It’s amazing that such a tiny insect is vitally important to our agricultural system and economy. I recently spoke to a local beekeeper and so far her bees haven’t been affected. This surprised me because the hives are located near a major street, a freeway, and metro rail line. I assume there are chemicals and pesticides continually floating in the air. However, the hives are adjacent to a garden center. Perhaps they don’t use pesticides on their plants or maybe they change out their stock often?

New to your posts Gloria, & happy to buzz by on such a crucial topic.
Here we are now calling "butterfly gardens" pollinator gardens. This a wonderful post - thanks.

We have a fabulous native plant society in our state (FLORIDA) but also a great regional chapter, which I don't belong to, but I've benefited much from their events. This area's intense local interest was boosted by friends of my hubby & me, who lead the way for us all more than 20 years ago by establishing their small, local business, Native Nurseries, which has now inspired others. Also, we have a state-sponosred master gardener program & many of the graduates feel the same way about the natural way to garden & about putting in no-water-added shrubs, ground covers & so forth.

I found this post thru the wonderful SinC/Guppies, & look forward now to finding your books.

I consider myself an environmentalist, too, and we don't use any chemicals on the garden or lawn.

I've been hearing about the plight of the bees for some time. It's a critical problem, and I wish the powers that be would sit up and take notice!

Thanks for bringing it to more folks' attention!

Thank you for all your comments while I was out camping in a semi-primitive campsite - flush toilets, but only cold water to wash in and no showers.

Shari, hooray for your hairdresser!

Jim and Warren, that's why my lawn stays so green even during the hottest and driest months of summer. I also don't mow my lawn low, either, and Jim, I'm ruthless when it comes to spraying yellow jackets that are making nests where they can be a danger to me or others.

I agree with you totally, Sarah. I wish others did, too.

Hi Nancy, I'm glad you stopped by and are aware of the plight of the honeybee, too. I wish more people took notice, too. Unfortunately, the chemical companies who make this are big businesses with lots of money to get what they want.

Pat, I can understand in your situation you might want to spray for spiders. If they're in my house, I tend to sweep them up with the sweeper.

Kara, that surprises me, too. But apparently the fumes from vehicles isn't as harmful to them as insecticides and other chemicals sprayed on the flowers they visit.

Welcome to my blog, Jan. I hope to see you every Thursday. A sister of mine is the secretary, or the most important person other than the board that hired her, of the Washington State Native Plant Society. I'm glad you're aware of the good they do and participate in some way.

Gloria, I recently read (sorry, don't have the link handy but anyone can search for it) that researchers believe they have discovered the cause of CCD. Apparently, while we've done a good job of reducing pesticides that were harming bees, we never considered that the fungicide sprays on trees might harm the bees - and apparently they are!

I hope the researchers are correct in finding the cause so we can change our course of action in time. We are at a frightfully dangerous brink of collapse with the bees.