INSOMNIA; The CURSE of HYPNOS 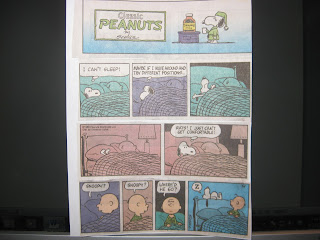 I have suffered from the curse of Hypnos off and on for years – Hypnos the Greek god of sleep; Hypnos’s twin was Thanatos (death) and their mother was the goddess Nyx (night). Hypnos’s palace was a dark cave where the sun never shone and had no door or gate so he would not be awakened, and poppies grew outside the entrance to his cave. The English word “hypnosis” is derived from his name, referring to the fact that when hypnotized a person is put into a sleep-like state. From the Roman equivalent, Somnus, we get the word insomnia as well as somnolent.

I can’t remember suffering from insomnia as a child although there were those nights when I thought there might be someone in my closet or someone outside my bedroom door. Often I would race towards my bed and leap in so whatever was under my bed wouldn’t grab my ankles, but that was usually from sneaking out of bed with my brother and listening on the stairs to Inner Sanctum or some other spooky show on the radio my parents were listening to. Only the Shadow knows with creepy laughter following. Of course, if they knew we were there, they sent us back to bed.

I don’t remember when my attacks of insomnia first started, but I suspect it was when my children were small (four in less than five years) and life started to be overwhelming at times. My children are all grown now and I don’t have the same stresses, but sometimes I still worry about my family; children, grandchildren, siblings, etc.  But these sleepless spells seem to occur most often when I have too much to do or too many commitments. I seldom have insomnia when I’m away on vacation although I remember several times lying awake in my tent when I was backpacking, and it wasn’t from fear.

I may go several weeks and sleep like a baby and then come the nights when I can’t fall asleep even though I’m sleepy and can’t keep my eyes open. Or I wake up in the middle of the night and can’t fall back to sleep. Research by doctors specializing in sleep disorders tell us that to be at our healthiest, we should get eight hours of sleep or at least seven hours. I try to follow those rules, but some nights my body doesn’t obey my mind. Or is it the other way around? Is my mind being recalcitrant and not allowing my body to sleep? Why can’t I sleep like my dog or cats; anytime or any place? One of my sisters is able to sleep anywhere and never suffers from insomnia although I remember my mother having this problem, too.

I have read and heard many suggestions for beating insomnia like counting backwards from three hundred down. Sometimes that will work. I’ve tried reciting poetry. That rarely works. I’ve tried softly singing lullabies. It only worked when I was rocking little ones and singing to them. Then I could barely keep my eyes open. I’ve heard warm milk will help one sleep so often I’ll go downstairs late at night and heat up a cup of Cheerios with milk to eat while reading something other than a book, although I suppose a dull book would help. Sometimes that makes me drowsy, but not always. If I truly get desperate because I need my sleep, I may take a tablespoon of nighttime cough medicine, but I rarely do that and never if it’s close to morning. During those wakeful times I often plot my current WIP or create a new character, or think what I should change, but I know if I turn on the computer or lights to write, I will never be able to get back to sleep. In fact, insomniacs are warned against using the computer the hour before going to bed. Of course, we’re warned not to read in bed, too. But that’s one warning I don’t heed. I almost always read when I first go to bed. And many times if it’s close to 5:00 a.m. and even though I’m still tired, I’ll give up trying to get to sleep and get up and start my day, and I’m not one to take naps in the afternoon to make up for the lack of sleep.

Do you ever suffer from insomnia?

If you do, what methods to you use to fall back asleep?

I've been up since 3 a.m., Gloria. Sleeping is not my best activity. There is no method I've found that will get me back to sleep. Once I awake, I may as well make coffee and get on with my day. It's no wonder I'm a reader. Without waking others, reading is the one activity I can do while others sleep. My husband and his sister, who's a friend of mine, don't sleep well either. We've often remarked that we could get a poker game together if we lived in the same city. I've accepted my problem. Strange though, in the middle of the sunny day, laying on my beach chair by the ocean, I can fall to sleep without effort. It's my favorite place to sleep, warm and great background sounds.

Maybe you need a sound machine that plays the sound of an ocean of a DVD that does the same. My daughter has different ones like that. Of course, maybe your husband wouldn't
want to hear something like that.

I almost never have trouble getting to sleep. If I have any type of insomnia, it is not getting back to sleep after I awake in the middle of the night. I do count backward – from two hundred rather than three hundred. If I still can’t get back to sleep, I’ll get up and work for a couple of hours and then go back to bed and sleep a bit later than usual.

Stress and overcommitments are typically in play when I have sleeping problems.

Jim, I used to start at 100 and count backwards and that didn't work so I upped it to 300 and than usually works although I catch myself as I get sleepier and sleepier skipping numbers not on purpose, but because my mind is getting groggy.

It's stress and overcommitments that is most often my problem, too.

Sleep...how I miss you! I had no problems (except during the time the girls were in high school and they would come home at God-knows-when o'clock) and now I've got this shoulder problem that keeps me awake.
I've never been a napper, but the other day I fell asleep when I came home from work. Feet up on the hassock - ah! It was great.

Shari, I remember those years when I had teenagers, who didn't always come in when they should have. I'm sorry about your shoulder problem. Pain can be a real problem in getting a decent night's sleep. I hope yours gets better soon.

When cursed with insomnia, I take the "tough love" approach and make myself get out of bed (not easy to do in the winter when it's cold). I use the time to write, read, tidy the house, or call friends who live in different time zones.

Even though we're warned against reading before bed, I find it relaxing.

Kara, I find reading before bed relaxing, too. Often, I think of getting up to clean or write when I'm lying awake, but if it's in the wee small hours of the morning, I know I'll never be able to go back to sleep, and I would find it hard to get through the day with only a few hours of sleep, although I have come downstairs to read something not too interesting.

I usually don't have trouble sleeping. One of my daughters engages in what her husband calls "recreational sleeping"--when she has a little time, she often just goes to sleep. I've worked odd shifts, and never had any trouble coming home from work at 8 AM, taking a quick shower & falling asleep.

The few times I have had any difficulties were when I was super stressed--family death or illness, etc.

I can only imagine how distressing it must be to be tired and not able to sleep. When I get too tired, I can't manage to accomplish much at all.

KM, I have a sister like that, too. She can even sleep on a bench when we're touring a public garden and never has bouts of insomnia.

It's strange, but I can go several weeks with no problem at all, and then it hits me for several nights or so. Stress adds to my problem, too.