The Fast and the Curious: A Quickie Q and A with Marcia Talley! 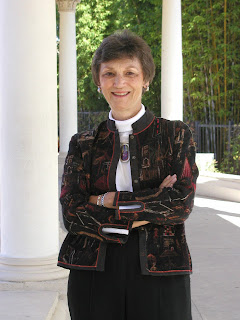 Marcia’s first mystery, SING IT TO HER BONES, won the Malice Domestic grant and was nominated for an Agatha award. Eleven Hannah Ives mysteries followed that early success, three of which were Independent Mystery Booksellers Association bestsellers.
Marcia is author/editor of two star-studded collaborative novels, NAKED CAME THE PHOENIX and I’D KILL FOR THAT set in a fashionable health spa and an exclusive gated community, respectively. Her award-winning short stories appear in more than a dozen collections.

Marcia is past President of Sisters in Crime, serves on the board of the Mid-Atlantic Chapter of the Mystery Writers of America and is a member of the Authors’ Guild and the Crime Writers Association.  She divides her time between Annapolis, Maryland and living aboard an antique sailboat in the Bahamas.

1. Your series character Hannah Ives has faced so many challenges and had so many adventures. What is she up to in the latest book, Dark Passage?

Hannah, her two sisters and her 14-year-old niece, Julie, are taking a “bonding” cruise from Baltimore to Bermuda and back aboard the luxury liner, Phoenix Islander.  Once aboard, they have a dramatic first night when Pia Fanucci, a bubbly bartender magician’s assistant whom Hannah befriends, narrowly escapes injury during an illusion. But while Pia may make light of the incident, it’s no laughing matter when Julie suddenly disappears. Has she gone overboard, or is she injured somewhere on the enormous ship?
To make matters worse, Hannah meets David Warren, a grieving father whose twenty-two-year-old daughter vanished without trace from an earlier cruise. With claims of a proper investigation proving to be an illusion, Hannah teams up with David and Pia in desperation. Can they see through the ship’s smoke and mirrors to reveal the identity of a dangerous sea-faring predator?

Publishers Weekly says the book delivers "steady wit, intrigue, and shocks," building to "a satisfying conclusion."  I’m happy with that!

2. You wrote a chapter in the collaborative novel, No Rest for the Dead, alongside other stellar authors including Diana Gabaldon, Jeffrey Deaver, and RL Stine. Tell us about that experience.

Well, unlike the two serial novels that I edited/contributed to (see below) where each author had a month to write her chapter, at the end of which time it was passed on to the next author who picked up where the story left off and so on, the editors of No Rest for the Dead figured they’d “speed up the process” by having the contributors write at the same time using only the vaguest of outlines.  The result was somewhat of a muddle, as you can imagine, which required a huge rewriting effort on the part of the editors, with additional linking material written by Jonathan Santlofer.  Some contributor chapters were cut altogether and only half of what I wrote made it into the final version.  I like my way better!

3. You're known for your Hannah Ives mystery novels, but you also edited the highly successful group novels Naked Came the Phoenix and I'd Kill for That. Now you are part of the editorial team for the next Chesapeake Crimes anthology, Homicidal Holidays. How do you switch gears from writer to editor?

It’s like taking a vacation!  Seriously, it’s not unlike going over the first draft of my own work with a fine tooth comb, except the material is new and fresh, so the plot holes, typos and infelicities of style tend to leap out.  The hardest part about editorial work can be working with the authors.  Most are receptive to constructive criticism, but sometimes you have to work with a writer who thinks every word is a polished diamond, not to be messed about with.  It’s a real test of one’s diplomatic skills.

4. What's next for Hannah Ives?

In the book I’m finishing up now, TOMORROW’S VENGEANCE, Hannah is visiting her friend, retired mystery author L.K. “Naddie” Bromley who has moved into Calvert Colony, a posh life-care community outside Annapolis.  Other residents include a Jewish woman who survived WW2 sheltered by nuns in an Italian convent; a brother-sister team of restaurateurs from Argentina; an American woman who converted to Islam; and a woman in her eighties who Skypes with her “true love,” a 30-something dude she met on Match dot com.  Naturally, murder ensues!

I think Naturally, Murder Ensues would make a fantastic title for a mystery writer's autobiography!

5. What was your favorite book from your childhood? 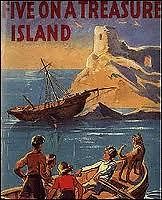 My favorite books were the Famous Five series by Enid Blyton.

6. What's in your TBR?
The stack is very high!  Andrew Taylor’s latest, The Scent of Death; Sujata Massey’s just released The Sleeping Dictionary; and Dan Stashower’s Hour of Peril.

7. Fill in the blank: I’m grateful for _____.
I'm grateful for my continuing good health!  As long as I’m able to put one foot in front of the other, I plan to go and do!  My husband and I spend approximately three months out of the year on a tiny island in the Bahamas where I have internet, but there are no roads!  We go everywhere by boat.  And next year, we’re all signed up for one of those Viking River Cruises, from Budapest to Amsterdam.

EXTRA CREDIT
If you were a bartender and wanted to make a signature drink in honor of Hannah Ives, what would it be?
Oh, I’ve done this already, for the postcard that was used as a promo for WITHOUT A GRAVE.  It’s called a Hurricane Hannah.

Yum! Here’s to you and Hannah! Thank you for stopping by WWK today. Cheers!

I often think women writers only have women readers, which is why I want Marcia to know that my brother is a fan of hers. When at his house, I saw one of Marcia's books on his coffee table. I assumed it was his wife's book. When I mentioned that Marcia was a Chessie, like me, he said he enjoyed her books containing history and references to the Navel Academy.

I'm one of the authors in Homicidal Holidays. While I don't think my words are golden, I do like revising my own work, then having editorial review. When authors serve as editors, too often they rewrite the story rather then allowing the writer to do so. I've never had that issue with professional editors. Of course, I've also never served as an anthology editor so my opinion has limited value.

Terrific interview, Shari. Marcia, thanks for coming to WWK today.

Hi E. B. - your point about men reading books by women authors is a good one. To me, a good story is a good story, and I am glad your brother is open to that! There is a lot of research on boys' reading habits, and they start early in preferring to read about male characters. Girls, on the other hand, are open to reading about both.
I've sat on both sides of the table, as an editor and a writer, and editing can be a tricky balancing act. I've been fortunate with my editors-both have been wonderful.

I have met Marcia and she was friendly and approachable. I, for one, have always read books with male or female main characters. As a child I loved the "little house" books.

Great interview! Thanks for stopping by WWK, Marcia!

Excellent interview, Shari, and so nice to read your answers, Marcia. I am so impressed with how much you do and have done with your life. I hope you are able to keep writing for many, many more years.

Great to read about your series and your various projects. I love to see people with successful series! Thanks for sharing with us.

Warren, I also loved the Little House books! And Nancy Drew, of course.

From the email I get, I believe that Hannah has quite a few male fans. Whether it's because of the Naval Academy connection (in one book, I kill off a company officer, which makes that particular one a favorite with the midshipmen) or ... who knows? But it's nice to have readers across a broad spectrum. I would hate to think I was writing to one particular demographic.