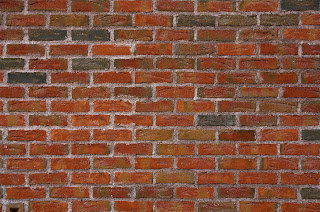 I wrote about the effect a bicycle could have on a child, a family and ultimately an entirely community in a developing industrial country.  As a writer, I appreciate that experiencing something in person gives a perspective not available in other way.

An example of cash-poor living concerns a device estimated to have been invented 10, 000 years ago, namely a kiln.  One of the villages we visited was home to a tribe that migrated to Tanzania some years ago.  Needing a way to survive, the tribe developed an economic niche as brick makers.

By local standards they would not be considered poor because they have all the necessities of life.  I observed that only children walk in this village.  Everyone else runs.  A man with a pick dug clay out of pit. He stopped only to hurl rocks out of the way. Another man slapped clay into a two-brick-mold, hurried the filled mold to a drying area, flipped over the mold dislodging the newly formed bricks, ran back to dip the mold into a pits of muddy water and restart the process. A third man ran with a wheelbarrow full of clay.  A woman stacked six bricks on her head and quickly carried them away.

We talked to a local elder who explained the faster they worked the more money they made.  Each family had a separate business.  Some families had built a kiln and some had not.  I asked if the villagers shared the kilns. He said they did not. Sounding like my capitalist father, he said those with kilns had saved money for years to have then.  Those families (like his) made a major investment and others in the village could do that too by working harder.

He said he wanted his children to get an education well beyond his so they could leave the hard life of brick making for something easier and better paying.  Our guide pointed out that the villagers did not sell bricks every day. It might be a long time between sales.

Apparently business loans and mortgages are difficult to obtain.  When people want a house or a kiln they spend what cash they have to start the project.  When they run out of money, they stop building.  As soon as they accumulate more cash, the building resumes.  I saw many unfinished buildings both in the city and the countryside.

Interesting blog, Warren. I admire their industrious ways to make money and survive. When you said they run everywhere, I thought of the marathoners who are the fastest ones in every major marathon. They are all from Africa.

Warren, what an amazing journey you have had. Did the man want to send his children to faraway places for their educations, or did they have schools and colleges in a close proximity to the village?

Warren, do the international micro-loan agencies not function in their area of Tanganyika? I know those NGOs have been a fundamental resource for bettering the quality of life for many communities in Africa and other developing nations.

It seems to me that there are many things you could make with clay and kiln. They are all competing with one another. They have the concept of capitalism in their grasp, but fail to realize that producing other products and creating new markets would create more sales. Too bad, I imagine having many unfinished buildings in the community is depressing.