“No great achievement is accomplished without persistent work.”
~ Bertrand Russell

Jan and I are in the midst of a trip around Lake Superior. Trips are wonderful for learning new things and for providing ample opportunities to people-watch. Last week we spent a night in Wawa, Ontario. My bird-watching friends may already know that wawa is the Anishinaabe word for Canada Goose. While the goose statue outside of town was worth a couple of photos, Jan and I will continue to think of Wawa more for the short walk we took there. 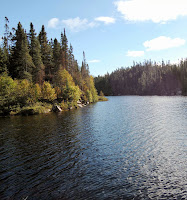 The path starts at the edge of town, works quickly up a hill using concrete and wooden steps, wanders through a drained marshy area and ends up on a bluff overlooking undeveloped Anderson Lake. The trail to the lake is less than a half-mile long (although we followed an extension for the better part of another mile before turning around.)

Mr. Valle (always referred to as Mister Valle, never by his first name) after his retirement had a vision of a path from town to Anderson Lake. Accompanied by his dog, Mr. Valle singlehandedly built the path. He hand-carried the timber and buckets of cement for the steps. Using a bow saw, pick and shovel, he dug a 1,000-foot long ditch that drains the marshy area. He built a picnic table at Anderson Lake where he loved to spend time. The project took him years to complete, but his work is remembered long after his death in 1994 through Mr. Valle Park and the “Friends of Mr. Valle Park,” who maintain it.

Mr. Valle had persistence. It paid off because he had a vision, the tools to carry it out and the time to make it successful. Bertrand Russell would recognize and applaud this kind of persistence.

“The definition of insanity is doing the same thing over and over again and expecting different results.”
~ Albert Einstein

A number of years ago I attended the weekly sessions of a fiction-writing critique group. One of the members submitted material every week for critique. I eventually gave up spending my time developing critiques for this individual because he never changed anything based on our feedback. He maintained his “style,” making the same egregious mistakes again, and again and again. Years later I read something new he had written. Same old, same old. It wasn’t that he had a vision of literature that we lesser mortals of writing could not appreciate. His basic writing was deeply flawed. Albert Einstein would recognize his form of insanity, because no amount of persistence would achieve that writer’s goals.

It is easy to determine whether or not you are persistent. 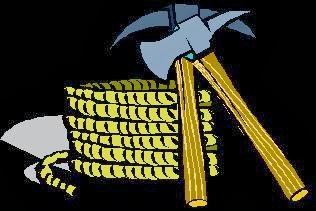 Sometimes it can be much more difficult to know whether your persistent efforts are of the Bertrand Russell variety or whether they involve the insanity incorporated in Albert Einstein’s definition. If you really want to know where you stand, ask several very knowledgeable people in your field to evaluate your work. Make sure not to use family or friends – they’ll lie to make you feel good.

However, even if all the experts point to your efforts as bordering on insanity, you can’t know for sure if they are right. Van Gogh sold only one picture during his lifetime; Emily Dickenson only had a few poems published during hers, and the publishers altered many of those because they were unconventional.

Which brings us back to persistency. If you are not persistent nothing great will result. So, get back to it.

Such a great message, Jim! Persistance is as necessary as words for a writer, I think.

Good message and good pictures, Jim. There are many famous writers who had been turned down over and over. Herman Melville's MOBY DICK was turned down something like 60 times or more. And who today could write a book about living in the woods for a year, observing nature and growing beans and expect a book to last as long as Thoreau's WALDEN? These are two more examples of persistence paying off.

Thanks, Jim, for this reminder that we must be wise in our persistence.

Thanks, Jim. I needed to hear that message right now.

Also, thank you for solving a long-standing mystery. There is a chain of convenience stores located along the East Coast called Wawa and I have wondered about the origin of the name for years.

That's the reason Wawa stores have a flying Canada goose as a symbol--they were named after the birds.

Persistance is one of the most important traits most of us need as writers. Every once in a while, a genius shows up & has instant results, but most of those "overnight successes" had years of work behind them.

Yes, listening to what others say is important. And if a bunch of people all say the same thing, it's really important to examine what they're saying.

Yes, I know persistence pays off, but it is hard when those around you are winning awards, getting contracts, obtaining agents, etc. and I'm...not! I'll get on with it. Thanks for the reminder, Jim.

Good message, thanks! Looks like you and Jan had a great time.
And the mystery of the Wawa name, solved!

Thanks everyone for your comments. I think Elaine raises an interesting point for many of us. We work hard; others get recognition and we do not.

Luck is often a matter of being at the right place at the right time. But if all the time we are nowhere, we surely will not be lucky!

And to coin a phrase, the grass is always greener on the other side of the hill. I can be jealous of short story writers because in a year they can receive multiple shots of positive feedback. I write at most one novel a year.

But that's the choice I made, so I just need to suck it up. Keeping trying to get my work out there and hope I too will be in the right place at the right time with the right product.