First Ask Who, Then Why 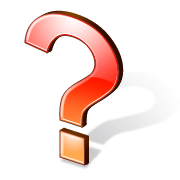 Immediately after the Boston Marathon bombing, a television reporter asked a detective, not associated with the case, why someone would commit such a terrible act. The detective replied that at this point “why” doesn’t matter because when they find out “who” then they will know why.

I recalled this advice during a recent murder trial in my area.

Last year I wrote a blog about a mysterious and unsolved death of a young woman:  http://writerswhokill.blogspot.com/2012/06/unsolved-murder-mystery.html

On the afternoon of June 27, 2010, nineteen year old Vanessa Pham was found dead behind the wheel of her crashed car just off a busy highway. She had been stabbed to death. Thirty minutes earlier she had stopped by a beauty salon at a shopping center and there was video tape of her driving away. Who did this and why?

The truth was more shocking than anything I could imagine.

About two and a half years after the murder, police arrested a suspect, Julio Miguel Blanco-Garcia, at his construction job not far from where the murder took place. He had a short history of misdemeanor offenses and had recently stolen bottles of Moet & Chandon from a grocery store. When police ran his fingerprints from this latest theft, they made a match to prints taken from Vanessa Pham’s car.

After his arrest, Blanco-Garcia confessed and told his version of what happened. He had smoked PCP the morning of the murder and stopped Pham in the Fairfax Plaza shopping center. He was holding his infant daughter and said he wasn’t feeling well. He asked Pham to drive them to a nearby hospital. She agreed and they all got into her car. She began driving to the hospital, but made a wrong turn. Scared she would call the police or harm the baby, (I read two different accounts) he stabbed her repeatedly. Her car ran into a ditch and crashed. Garcia exited the car via the sunroof then reached down for his baby and ran off.

I never would have guessed correctly how or why this murder was committed or that a baby was at the scene. Outside experts who theorized she was killed by a female friend, were clearly wrong too.

On August 22, 2013 a jury found Julio Miguel Blanco-Garcia guilty of first degree murder and sentenced him to 30 years of jail time. They added 19 additional years—one year for each year of Vanessa Pham’s life.  In November, a judge will formally sentence him. The judge can’t reduce the sentence the jury recommended, but can add years to it.

What fictional or real crime has surprised you?
Posted by Kara Cerise at 12:00 AM

I remember this terrible crime. At the time, the press and the police focused their energies on more "sensible" solutions - romantic rivals, boyfriends, the kind of thing that would make sense. The truth in this matter is still unsettling and strange.

Shari, I think most people look for the logic or pattern to a crime when sometimes it’s senseless or random. I had an "aha" moment when the detective said they won't know "why" until they know "who".

A woman strangled a pregnant woman, cut the dead woman's baby out her her womb and claimed the baby was her own.

I get a daily newspaper, and there are all sorts of horrible and unimaginable crimes. Think of the 3 young girls kidnapped and held for years in Cleveland only a few blocks from where they lived. I think the worse crimes are when children are abused and/or killed.

Warren, after I first heard of this happening almost ten years ago, there have been more cases of this. Copycat murders, I imagine.

Warren and Gloria, those are truly horrific acts. If a book had a murder mystery that played out like any of those true life crimes, I think most of us would find it unbelievable and over the top. Although maybe I’m wrong about that because bestselling author, Lisa Gardener, writes about unimaginable murders that could be pulled out of the headlines.

Kara, I agree with you about Lisa Gardner's work. I read her books, but sometimes they're so strange and unimaginable, they feel like they were based on something real. You know, the whole, "Truth is stranger than fiction," thing.

Exactly, Sarah. Some things are SO strange, they can only be true.

In real life the who done it often leads to the why, although sometimes the why is known and that can lead to the who. As an author we need to understand the why to invent the who – but if we’ve done it right the reader will learn the who and then understand the why.

I'm in your area, Kara, and I also followed the story. Nothing about it made sense, but then many murders don't. The difference between reality and fiction is that our murders make sense in terms of motive, which is why fiction appeals to me much more than reality.

In another area crime, I couple walked in their neighborhood early on a Sunday morning. A group of young men attacked them, beating the man to death and nearly killing the woman. They were nice people. The husband had worked for the CIA until retiring. I thought that might have been a "payback" murder. No, it was a gang ritual, something they had to do. Reality makes me sick.

You make an interesting point, Jim. I hadn’t considered that writers need to understand the why in order to invent the who. I’ll be mulling over that for awhile.