The File by Gary Born

I am a lawyer by profession – an international lawyer — spending my days in hearings and meetings with clients, then late nights researching issues of international law and planning strategies with my team. My clients are mostly large multinational corporations and governments around the world. My battlefields are courtrooms, hotel conference centers, and airports.

All of that seems about as far as one could get from my recent spy thriller, The File. My novel is about a young woman, Sara West, who discovers the wreckage of a World War Nazi bomber while on a research expedition in Central Africa. In the wreck, Sara finds a file of documents, containing directions to secret Nazi bank deposits in Swiss private banks, holding billions of dollars. The files also have the names of the Nazis’ most important foreign spies, including those working in the United States.

Two incredibly different, but equally evil, men almost immediately learn of Sara’s discovery: Ivan Petronov, a former KGB agent who has been hunting for the Nazi bank accounts and the money they hold for decades, and Franklin Kerrington III, the CIA’s deputy director, whose patrician family’s secret support for the Nazis would be revealed by Sara’s files.  Petronov and Kerrington dispatch teams of mercenaries to Africa to retrieve the file — Petronov because he wants the Nazi money and Kerrington to hide his family’s traitorous past.

Petronov’s team arrives first, brutally slaughtering Sara’s friends and, when she escapes, they hunt her through the jungle. Although she would seem like easy prey, Sara puts the years she spent in similar jungles, on other research trips, to good use; she eludes Petronov’s men and, later, turns the tables on them, using bamboo spears and booby traps to pick them off, one by one. At that point, Kerrington and his men pick up the chase, which leads Sara and her pursuers across the Libyan desert and up the boot of Italy — with everyone chasing the file and its secrets. The book ends with a bloody showdown in the headquarters of an exclusive private Swiss bank in Zurich.

Sara’s story seems far removed from either international law practice or our ordinary lives. But it isn’t really. Although she doesn’t do it in courtrooms or hearings, Sara spends most of the book searching for the truth about the files she has discovered, quite like a lawyer or a judge in a courthouse. At one point, Sara tells one of the book’s characters that she wants just two things, “truth and justice,” from the files.  And then she does everything she can in order to get those two things.

But there are differences, too, between Sara and some kinds of lawyers. The truth that Sara searches for isn’t one that is satisfied by empty form or outward appearance. The tidy, orderly streets of Zurich’s banking district, and Europe’s other cities, are more treacherous and misleading than the jungles and deserts of Africa. Franklin Kerrington’s cultivated family heritage and Petronov’s enormous wealth don’t make them any more civilized — if anything, their evil is accentuated by those things.

Sara’s story is also about trust and mistrust. Early in the book, Sara meets a former CIA agent, Jeb Fisher, who has been sent to kill her and retrieve the files she has found. Fisher is forced to make a split-second decision, choosing to carry out his orders or to save Sara’s life; he chooses the latter, and the two flee both Kerrington and Petronov.  Despite that, and even though they flee together from Sara’s pursuers, neither Sara nor Jeb trust one another: Sara is sure Jeb really just wants the files for himself, while Jeb thinks she is using him for his spy-craft and protection. But, over time, they overcome that mistrust and skepticism.  And that story contrasts with the relationships between other characters in the book. 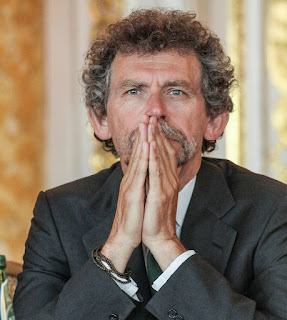 The File is set in faraway places, with characters you don’t meet in everyday life. But it’s also about just the everyday lives of all of us. Whether it’s law, like me, or teaching, business or another profession, Sara’s courage, perseverance and resourcefulness is about each one of us and each one of our lives. I hope very much you will like her, and learn as much from her, as I do.

Congratulations on your debut novel. Only happens once, so enjoy!

Intriguing story. Thank you for visiting us and best of luck with the book.

The File sounds like an exciting, high stakes read. Congratulations on the debut!

Congratulations on your debut release!

Sounds like a great story! Your usual career may not be quite so dramatic, but I'm sure your understanding of international affairs served as a strong component in creating the novel.