But Is It A Mystery? By Sharon L. Dean

I’ve published two traditional mystery series that I’ve marketed as whodunits or cozy mysteries. Is it a mystery if an author doesn’t kill a character? I argue that there are lots of ways of killing. 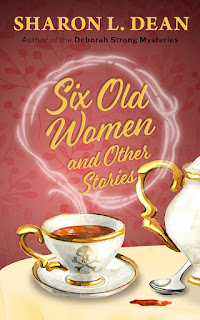 On March 28, 2022, I published a piece in Mystery and Suspense Magazine called “The Classics are Mysteries, Too.” Although my fiction will never become a classic, like the books I wrote about, all of the pieces in my new collection Six Old Women and Other Stories are mysteries, though in some I’ve killed no one. What are the backgrounds of my six ninety-three-year-old women in the title story? They’ve chosen to live together on an isolated island. They’re old. How will they die or how will they live in this new environment that they know will be their last exit? Questions get raised in the other pieces in the collection. What happened at that lakeside resort nearly seventy years ago (“Shuffleboard”)? What happened thirty years ago on Cannon Mountain (“Hardscrabble”)? What prompted an old woman and an old man to become recluses (“Pavlov’s Puppies,” “The Man Who Loved Cribbage”)? Can a book be a mystery even if there’s no crime to solve?

Novelist Bobbie Ann Mason once wrote that "a scholar is a version of a sleuth." That was certainly the case when I edited a collection of letters by the nineteenth-century writer Constance Fenimore Woolson. Where would I find the letters? How would I date so many that had no dates? How would I identify the names of so many people, both well-known and obscure? What was Woolson’s relationship to these people and to the events of her world? These were mysteries. I solved many and left others unresolved, especially the mystery of whether Woolson accidentally fell out of a window in Venice or jumped to her death. 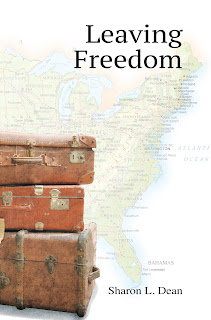 I have two outlier novels. Leaving Freedom will be reissued in 2023 by Encircle Publications. It’s a quest novel that was generated by my academic work on Constance Woolson. It has elements of mystery­­––where does my Connie’s mother get a scar on her stomach? What happened to Connie’s Uncle Charlie? The sequel, Finding Freedom, will be even harder to categorize. It’s a last-chance-for-adventure novel as Connie, now eighty years old travels across the United States alone to decide if she should move back to the town of Freedom where she was born.

Think about Moby-Dick for a moment. It isn’t just a sea yarn as Melville originally conceived it. It’s a story about the hunt for the whale Captain Ahab sees as a villain. For him, Moby Dick is the incarnation of evil. But the whale is more than that. He’s a physical representation of the inscrutable universe. He’s a mystery just as the universe and our lives in it are mysteries. Melville is a writer who kills––everyone except Ishmael and the whale.

I don’t like to get locked in genres. I like to let them bleed into one another. I don’t like to go into a bookstore and find a separate section labeled “Literary Fiction.” Mysteries, whatever the subgenre, can be literary fiction as well. Whatever Six Old Women and Other Stories is, I’ll make Amazon happy and categorize it as a mystery and as a collection of haunted stories.

What do you want in a book for it to qualify as a mystery?

Six old women living on an isolated island in Lake Winnipesaukee, teenagers vacationing on Newfound Lake in 1959, paragliders and skiers on Cannon Mountain, an old woman in a house covered in gypsy moths, a man living off the grid in a shack he built himself. The characters in these stories all keep secrets. They are as tough and rugged as New Hampshire’s iconic Old Man in the Mountain. And like The Old Man who fell in 2003, their pasts survive only in memory. Sometimes that’s a good thing.

Sharon L. Dean grew up in Massachusetts where she was immersed in the literature of New England. She earned undergraduate and graduate degrees at the University of New Hampshire, a state she lived and taught in before moving to Oregon. Although she has given up writing scholarly books that require footnotes, she incorporates much of her academic research as background in her mysteries. She is the author of three Susan Warner mysteries and of a literary novel titled Leaving Freedom. Her Deborah Strong mysteries include The Barn, The Wicked Bible, and Calderwood Cove. Dean continues to write about New England while she is discovering the beauty of the West.

Not all mysteries involve a killing, or even a crime. And not all crime stories contain mysteries. Of course there's a huge following for the "who-dun-it" type of mystery, but many readers love to watch a story unfold without making any attempt to solve it themselves.

I'm with KM. A mystery is a question someone wants answered. An interesting mystery is one readers are willing to go along with the characters.

Agreed. One of my favorite stories isn't a murder or attempted murder, it's a mystery.

I think it was Captain Ahab who was seeking an "answer to the riddle of the universe." Maybe that's what all literature does.

There are mysteries everywhere in life and literature. We call them suspense. Today there is so much genre-blending that I've seen mystery in nonfiction, romance, biography, women's fiction, literary fiction, and more. I think that's a good thing.

Interesting concept. Mysteries are essentially quest stories. I don’t think it’s necessary that they solve a murder or other crime, but that they answer a sleuth’s important question.

Thanks for everyone's comments. I'm glad you all share my feeling that there is "wiggle room" when it comes to mysteries. Love that phrase, Molly.