Evolution of a Song: A blog by Warren Bull 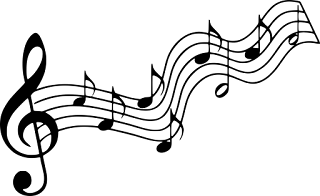 Image by Mohamed Hassar on Pixabay

It has been my experience as a writer, that my work bubbles and percolates on its own. I am frequently not consciously involved in the process. One of my novels, Heartland. came about when the same characters involved in a series of short stories finally informed me that if I put the stories in order, I would have a novel.  There was a gap or two to fill and a few inconsistencies to resolve, but they were correct.

A cowboy song about a pretty girl he hasn’t even met. I tried to think of cowboy songs where the protagonist expresses respect and admiration for more than the physical appearance of a woman.  I discovered enough songs to make a pile of albums in which a cowboy on a phone call expressed love and acknowledged the importance of his wife and children. However, in those songs, the lyrics that followed the introductions are variations on a theme that can be described as, “Gotta go. They just called for my rodeo event to start.  Wish me luck on making the next round of competition. I’ll be home real soon … in about six months unless I qualify to compete in the National Finals Rodeo. Then I’ll be gone longer.”

I decided those songs did not qualify as non-misogynistic.

I expanded my search for songs of any genre where men do not patronize or totally idealize women. It turned out to be a short list. I will keep looking in hopes of eventually finding enough to put in a blog.

Of course. there are some touching and romantic songs by cowboy, country, and popular singers about their wives. Garth Brooks, and co-writer Kent Blazy, wrote a sweet tribute to Brooks’ wife Sandy. If Tomorrow Never Comes. That was before Sandy divorced him because he was almost never home.  John Denver wrote the delightful Annie’s Song to his wife. Then Annie divorced him because he was on the road most of the time.

The Captain & Tennille had their first hit with Love Will Keep Us Together. They were married for 39 years until “Captain” Daryl Dragon’s poor health and health insurance issues led to Toni

Tennille getting a divorce. They remained good friends until Dragon’s death. So maybe that song qualifies.

In my original song, the cowboy, the girl, and her father are characters.  Working to avoid sexism, I gave each of the three a set of lyrics. Pretty soon it became evident that Jackson’s daughter could hold her own and more.

So, now I have a very short (five-minute) musical ends with the hapless, lovelorn cowboy still

Sounds wonderful, Warren! Seems dedicating a song to your spouse is the kiss of death – never realized that before, but now that I’m thinking of it…

Congratulations, Warren, on your songwriting. I admire anyone who can compose music and lyrics.

What a rewarding project!