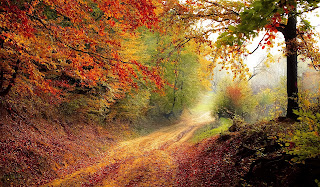 Image by Valiphotos on Pixabay

In the Musical Paint Your Wagon a lonely character sings, “I talk to the trees.”  (But don’t listen to Clint Eastwood sing it in the movie version. I did and it took a lot of time and effort to get his off-key, out-of-time, version out of my head before I could learn to sing the song as it was intended to be sung.)

Do trees talk to each other? Depending on who you ask, you get the answer, yes, no, and it depends on what you mean.

German forester Peter Wohleben who is the author of, The Hidden Life of Trees: What they feel, How they Communicate writes about trees as communal within species and sometimes cooperative with trees of other species. He shares research showing that through underground fungal network messages are passed, including distress signals about drought, disease, and insect attacks. The fungi consume about 30% of the sugar trees photosynthesize from sunlight.  Beech saplings in deeply shaded parts of the forest that do not have access to sunlight are kept alive by surrounding beeches pumping sugar into the network.

Beech trees send out include electrical voltage along the system. In sub-Saharan Africa when a giraffe starts to eat acacia leaves, the tree emits ethylene gas.  Giraffes eat leaves that Neighboring acacias push tannins into their leaves, which can sicken or kill herbivores. Interestingly, Giraffes choose trees located so that the wind does not blow the gas in the direction of other trees.  They also ignore trees close to their first food source and move far enough away before consuming more leaves that the emitted gas message has not reached their second “course.” Some plants in Western Australia seem to emit and detect sounds at a frequency humans cannot hear. Other trees detect saliva and release pheromones that make the leaves taste bad or attract parasites of the insect attacking the trees.

In British Columbia, Suzanne Simard and her students study “hub trees” or “mother trees.” These are among the oldest trees with the deepest roots that can draw up water and distribute it to more shallow-rooted seedlings. Allen Larocque working on an island off the coast of British Columbia has shown that nitrogen from salmon carcasses is shared among trees.

Critics point out that no overall intention or consciousness is required for these interactions. Natural selection can explain everything. They say the writing suggests that putting findings in the language of storytelling is entertaining but it implies a level of consciousness that is not impossible but is far from proven.

I have seen small groups of deer gather and wait on one side of a road until a traffic light turns red and stops traffic. Then the deer cross safely. Is that conscious behavior? I don’t know. I suggest that, like the giraffes described above, there is likely to be some level of learning that might be passed from one generation to another.

It is fun to wonder how much is communicated. Do you think trees share stories?

I read and thoroughly enjoyed The Hidden Life of Trees.

And every Tolkien fan knows: trees communicate far and wide.

There's much we don't know about how our world operates. And, as a species, we tend to be vain, choosing to believe that some characteristics, like story-telling, are unique to us.

Did anyone else see the 50s version of The Thing From Another World? Dr. Carrington’s comment to Scotty is playing on a loop in my thoughts right now.

As for my opinion. Why not. I see my cats communicate with each other through blinks and staring, no reason trees shouldn’t also communicate!

Yes, trees communicate and protect each other.